Who is Muḥammad ﷺ? 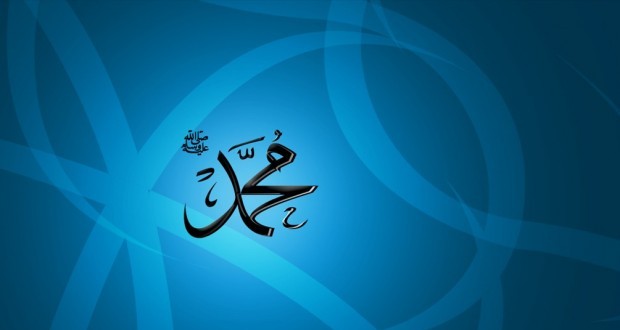 In the very recent past the Almighty blessed me with a beautiful baby girl. In the last few weeks of my wife’s pregnancy one of her non-Muslim friends enquired, “If the baby is a boy what name will you give?” My wife replied proudly and instantaneously, “Muḥammad”.

Needless to say, as subjective as this may sound, the facial expression of the friend changed so as to display a metaphorical mosaic of what has been fed into the public through selective outrage, media manipulation, Islamophobes, apologetic Muslims and, perhaps most importantly, politicians.

So, a pertinent question in the minds of people right now is: “Who is Muḥammad?” Muslims worldwide echo “Peace and Blessings be upon him” in Arabic whenever his name is mentioned. Who is this man who 1.6 billion people lay claim to as their ultimate leader? What is it about this man that he is followed, respected and loved in every corner of the world?

Whenever a particular theology is debated the first thing the opposing sceptic tends to ask is “What is the proof for your religion?”, or in a Muslim’s case: “What is the proof Muḥammad is a Prophet?” People require proof; it is an innate concept to request proof in theological matters.

As Muslims we tend to follow the maxim ‘we hear and obey’ and, thus, the miracles attributed to Prophet Muḥammad (sall Allāhu ʿalayhi wa sallam) are a beautiful reality for us.

The focus herein will not be on miracles, such as the splitting of the moon, the night journey or the opening of the chest. I can almost hear the Islamophobes requesting objective proof that these occurred.

In my humble opinion, some miracles of the Prophet Muḥammad (sall Allāhu ʿalayhi wa sallam) are summarised below and these will only affect those with open minds:

Our Prophet was born into a civilisation that did not value education, he was, therefore, illiterate. In the whole of Makkah there were a handful of people who could read and write in that time. They had no governmental system in place or academic buildings such as schools or libraries. One, therefore, should ponder how a person originating from this society brought forth a message which is so profound and universal; someone who could neither read nor write, someone who was not interested in poetry whatsoever. Where did he receive the revelation from and how could he concoct the same from the middle of the desert whilst working as a shepherd?

It is well-documented in history books that the people of Makkah had (many years prior to the announcement of Prophethood) named him as ‘The Truthful and Trustworthy One’.  He did not abuse, neither did he lie; he was a symbol of humility and morality, even towards the end of his life when he was the most powerful man in the Arabian Peninsula. That power did not corrupt him. We only need look at the politicians and men in power in our time to see how corrupted a person can become post-power, money and fame.  The Prophet had all three of these at his disposal yet he did not become corrupted at the hands of these temporary vices.

Why would he preach this message? What was his motivation? If one was to study the biography of the Prophet it would be impossible for them to doubt the evident sincerity he had in his own message. Despicable Islamophobes put forward the falsehood that the Prophet Muḥammad (sall Allāhu ʿalayhi wa sallam) was a warlord and womaniser by misconstruing events in history for their own ignoble agenda. They, therefore, ignore the aspect of history which displays facts completely in opposition to their understanding.

The Prophet (sall Allāhu ʿalayhi wa sallam) listened patiently. When ʿUtbah had finished talking, he asked him, “Is it all that you have to say?” to which ʿUtbah replied, “Yes”.

“Now listen to me,” said the Prophet: he then recited a portion of Sūrah Fussilat to ʿUtbah and once he had finished his recitation ʿUtbah went on his way.

As the Quraysh saw ʿUtbah returning, they said; “Truly, he comes with an altered expression on his face.” They asked him what had happened.

ʿUtbah stated, “I have heard words the like of which I had never heard before. O Quraysh, that what he says is neither poetry, nor spells, nor witchcraft. Take my advice and leave this man alone.” In other versions it says that ʿUtbah added, “These words (i.e. the Qur’ān) will bring about great changes.”

ʿUtbah, amongst other members of the Quraysh, had accused the Prophet (sall Allāhu ʿalayhi wa sallam) of sorcery, soothsaying and being a madman. It is not surprising, then, that Islamophobes continue on this very trend to this day.

The fact of the matter is that the Prophet Muḥammad (sall Allāhu ʿalayhi wa sallam) had power, kingship, women and honour offered to him and he could have acquired all these without 23 years’ worth of assassination attempts, being driven out of his home, ridiculed, pelted by the people of Ṭāif with stones and many other hardships. The motivation and sincerity of the message is flawless.

Islamophobes state that the motivations of the Prophet (sall Allāhu ʿalayhi wa sallam) were fame, power, women etc. We have heard this far too many times. However, one must look at the message itself logically and see whether the message itself would attract fame, power and other facets leading to corruption.

The message preached (to mention a few aspects) was one of Monotheism; feeding the hungry and poor; not burying baby girls alive; banning usury, and the belief that all mankind is equal in the sight of Allāh and the one closest to Allāh is the one with the most God-consciousness. This message was unprecedented at that time both in the world as a whole and specifically in a tribal society where the entire moral fabric of that society was firmly rooted in ethnicity, tribe and bloodline.

The question which begs to be answered is: “How can someone covet fame, fortune and power by going against the very moral fabric of the society within which he resides?” How could fame be gained by attacking the status quo of the whole world?

The above gives a brief insight into who Muḥammad (sall Allāhu ʿalayhi wa sallam) is, and gives an analysis into the truth of his message. We cannot do justice to this great man and the favours he has done upon us by providing us the beacon of light which guides us out of darkness.

We ask Allāh to reunite us with our beloved Prophet (sall Allāhu ʿalayhi wa sallam) in the Hereafter. Amīn.

Waseem Raja is a Solicitor working in civil litigation, personal injury, immigration and human rights cases. He is particularly interested in the Seerah of our beloved Prophet (sall Allāhu ʿalayhi wa sallam) having studied the early generations of Islam with a particular focus on the era of the Sahaba. He is also an accredited Police Station representative specialising in criminal law.