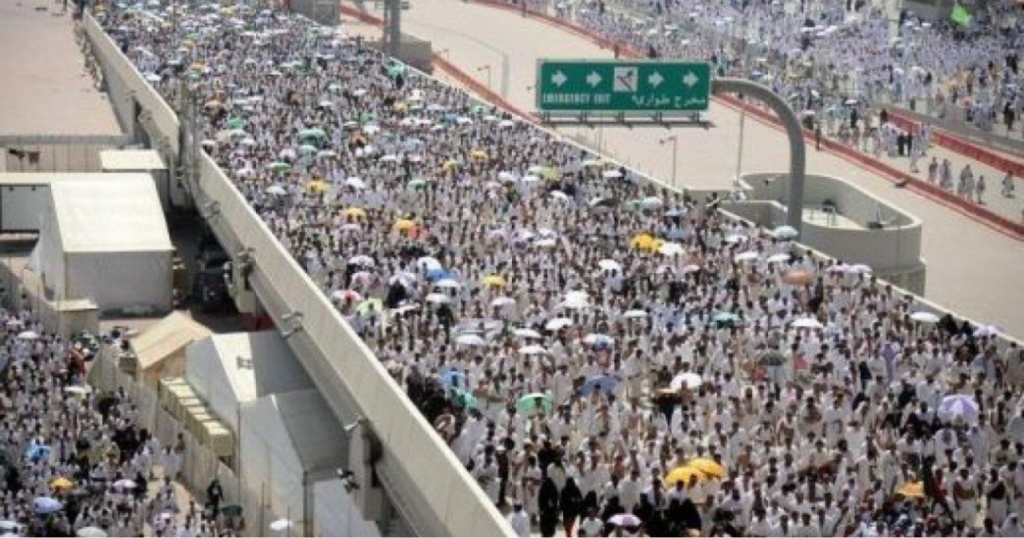 The Hajj is one of the most awe-inspiring acts a Muslim can witness. The magnitude of the number of ḥujjāj (pilgrims) is only appreciated once one attends this sacred gathering. Even then, this only encompasses a portion of how many have answered the call of Ibrahim (ʿalayhi al-Salām) when he was commanded to proclaim the Hajj.

An integral part of this journey, and one whose significance is often overlooked, is staying the night at Muzdalifah. The status of Muzdalifah has been contested amongst the scholars as to whether missing it results in one losing their Hajj altogether or whether an expiation can be paid for it. The fiqhi (jurisprudential) rulings regarding Muzdalifah is outside of the scope of this article, which will focus on the tarbawi (educational) benefits we can obtain from this great rite of the Hajj.

In the sequence of Hajj, Muzdalifah stands between two immense events: Yawmul ʿArafah (the day of ʿArafah) and Yawmul Hajj Al-Akbar (the 10th of Dhul Hijjah), the latter being the day that pilgrims have the most rites to complete.

“There is no blame upon you for seeking bounty from your Lord [during Hajj]. But when you depart from ‘Arafah, remember Allāh at al-Mash’ar al-Ḥaram. And remember Him, as He has guided you, for indeed, you were before that among those astray.” [2]

Additionally, we know that the Prophet (sall Allāhu ʿalayhi wa sallam) said that ʿArafah is tantamount to the entire Hajj to emphasise its importance, but what is interesting about the area of ʿArafah is that it falls outside the sacred area of al-Ḥaram. We often refer to Masjid Al-Ḥarām as being the ‘Ḥaram area’, but the greater Ḥaram area extends further than just the Masjid. The Jamarāt and Mina fall within the Ḥaram area, as does Muzdalifah, but ʿArafah falls outside the Ḥaram area. Allāh (subḥānahu wa taʿālā) takes his slaves, in their sacred state of Iḥrām, dusty and dishevelled, full of sins, and commands them to stand and seek his forgiveness. The Messenger of Allah (sall Allāhu ʿalayhi wa sallam) said:

“There is no day on which Allāh sets free more slaves from Hell than He does on the Day of ʿArafah.” [4]

Therefore, ḥujjāj beg and plead with Allāh to purify them of their sins, forgive them, and grant them their needs, and Allāh (subḥānahu wa taʿālā) answers their requests. It is in this purified state that Allāh invites his guests to enter into the sacred Ḥaram area and rest. Muzdalifah comes from izdalafah, meaning to come close. The ḥujjāj get that little bit closer to their goal and are brought into rest before continuing on their journey to the sacred house of Allāh, the Kaʿba.

People often ask about the significance of ḥujjāj staying at Muzdalifah. There are a number of valuable lessons that we can take from this, a few of which we will look at below.

Hajj is an uplifting show of strength and unity amongst the Muslim Ummah. We show each other – and the world – that Muslims are united regardless of language, colour, and nationality. We show the world that we are a united Ummah. Millions of people doing the same thing, going to the same places, saying the same talbiyah (invocation); this fills the hearts with awe and pride in who we are. Muzdalifah helps us to remember this unity. We all sleep under the stars, presenting ourselves before Allāh in a humble state. The only difference between the rich and poor is a thin mattress. This state of simplicity is what humbles us before Allāh. Who do we think we are to be haughty and proud of what we have? Allāh humbles us by commanding us to sleep under the open sky upon the earth that we came from, packed together like sardines. One has no choice but to submit to this and discard one’s personal comforts in order to please Allāh. This whole experience emphasises how little we actually need. If a simple mattress and a bottle of water suffices for the night, why do we spend so much time and effort in amassing material possessions that we convince ourselves we need, when in reality they are just holding us back and burdening us for the greater journey to come?

The site of hundreds of thousands of pilgrims laid out on the ground, with men in their two pieces of white cloth, stirs up obvious imagery of what Allāh has described regarding the Day of Judgement.

“And because the hour is coming, there is no doubt about it; and because Allāh shall raise up those who are in the graves.” [5]

“It is He Who gave you life, will cause you to die, and will again give you life: Truly man is a most ungrateful creature!” [6]

It is important to note that the verses above regarding the resurrection and Allāh giving life after death are found in the chapter named Al-Ḥajj. This clearly directs us to be ‘Hereafter-centric’ when performing the acts in Hajj.

Once again, Muzdalifah recalibrates our focus on the Hereafter, and specifically the resurrection. Millions of pilgrims awake before Fajr, uncomfortable and eager to move to the next station of their journey.

Moreover, what also brings the hearts to reflect on the resurrection is what is left after the pilgrims move from Muzdalifah. One witnesses a sea of rubbish and discarded bedding, mattresses, blankets, food items, and bottles. The provisions that the pilgrims used for the night discarded and abandoned.  Although I do not advocate this practice, it is the reality that is witnessed on the morning of the 10th of Dhul Hijjah. There is no concern for these items as they will not benefit the pilgrim any longer.  The ḥujjāj only take what they need for the rest of their journey. This is a fitting parable for our time in this world. We do not take our material possessions with us to the Hereafter, and whatever we need of provisions once our time in this transient life expires are left behind; the only things that benefit us are our good deeds.

As part of a longer sequence of verses, Allāh (subḥānahu wa taʿālā) mentions:

“And disgrace me not on the day when they are raised, the day on which property will not avail nor sons except him who comes to Allāh with a heart free (of evil).” [8]

If we spend our life chasing this dunya, amassing wealth, property and material goods what use are these possessions in the hereafter? The ḥujjāj leave their unnecessary belongings at Muzdalifah as they will just weigh them down and they no longer serve a purpose – just as our property, wealth and offspring will not benefit us in the hereafter, unless they were used in some way to seek the pleasure of Allāh.

Although there are numerous lessons to be learnt, the final reflection I will discuss is the need to be in a constant state of repentance to Allāh (subḥānahu wa taʿālā). As we have mentioned, Allāh (subḥānahu wa taʿālā) frees many of his slaves from the Fire on the day of ʿArafah. Additionally, the aḥādīth of the ḥujjāj receiving the forgiveness of Allāh on this great day are numerous. So why is it that we are commanded to seek forgiveness after we have been forgiven only a few hours before?

“And hasten from the place from which the people hasten on and ask the forgiveness of Allāh; surely Allāh is forgiving, merciful.” [9]

Allāh is commanding the pilgrims who, by His mercy, have been forgiven the day before to seek forgiveness again. We do not know the state of our deeds, and we hope they are accepted by Allāh (subḥānahu wa taʿālā), but there may be deficiencies in them. Just like after we perform salāh, the first thing we say is ‘Astaghfirullāh’ in order to compensate for errors that may have manifested in the ʿibādah. From this, we learn to not be content and think we have done enough, but instead to be proactive and constantly push ourselves towards good deeds.

“I swear by Allāh that I seek Allāh’s pardon and turn to him in repentance more than seventy times a day.” [10]

If this is the case of the Messenger (sall Allāhu ʿalayhi wa sallam), what should be our condition?

The rites of worship that have been prescribed on us are there with many wisdoms because they have been prescribed by the Lord of the worlds. Allāh knows us the best, He is All-Wise and All-Aware, and He does not legislate for us something that would be of no benefit to us. Just one aspect of an act of worship can bring about so many lessons, reflections, and points of benefit. The believer should not approach the worship of Allāh (subḥānahu wa taʿālā) heedlessly, but rather should endeavour to turn to Allāh with a conscious heart, eager to follow His commands and abstain from His prohibitions.

I hope that readers will have a greater appreciation of staying in Muzdalifah and also strive to reflect on the other rites of the blessed journey of Hajj.

Riyadh is a qualified teacher by profession. He has been involved in various da’wah projects over the past decade, with particular focus on tarbiyah programmes.