Response of a Sacrificed Son 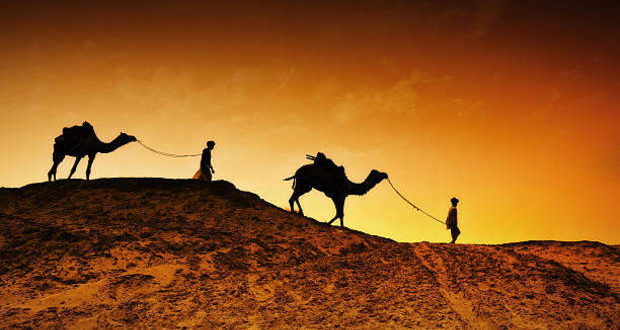 The Response of the Sacrificed Son

Ibrāhīm (ʿalayhi al-Salām) is the father of the Prophets, the leader of the monotheistic way, the intimate friend of Allāh and the father of the Imāms of mankind. He lived a life of struggle, having confronted the idolatry of his community from his early youth,

“And We had certainly given Ibrāhīm his sound judgement before.”[1]

He debated fearlessly with the tyrant of his time, and was the only representative of Tawḥīd living between the two ends of the earth. He was commanded to migrate with Hājar and his firstborn Ismāʿīl (ʿalayhi al-Salām) to the then arid and lifeless valley of Makkah, before being commanded to leave his family and walk away.

Without hesitation or a second’s thought, he patiently submitted and after Hājar’s desperation, the spring of Zamzam gushed from beneath her feet.

Ibrāhīm (ʿalayhi al-Salām) would frequently spend time with his beloved son and his fatherly attachment to him grew. Finally the testing command came, “the most manifest trial”.[2] Again and again he would see himself slaughtering Ismāʿīl (ʿalayhi al-Salām) in his dreams and he realised it was a command from Allāh,

“When he was of an age to work with him, he said, ‘My son, I saw in a dream that I must slaughter you. What do you think about this?’”[3]

“Has Allāh ordered you (to leave us in this barren land alone)? He will thus never forsake us…”[5]

“He said, ‘O my father, do what you are ordered. Allāh willing, you will find me patient.’”[6]

1) Profess Ignorance of the Dream’s Interpretation

Of course it is not befitting of a Prophet of Allāh to profess ignorance when he clearly knows. But Ismāʿil’s (ʿalayhi al-Salām) response was without delay or deliberation. Neither did he have to correct himself following an initial hesitation. Instinct would make one reluctant to invite another to sacrifice them, but not Ismāʿil’ (ʿalayhi al-Salām).

2) Respond only to the Question

Ismāʿil’ (ʿalayhi al-Salām) had unmistakably recognised the interpretation of the dream. He is to be slaughtered by his father. But we must realise that he was asked about what he thought of the matter. He could have responded with,

‘Well father, I think that Allāh is ordering you to slaughter me…’ as in: ‘I am your young son, still developing and less experienced, my opinion might be incorrect.’

3) Only mention the interpretation of the dream

It is well known that Prophets’ visions are inspirations (Wahy) from Allāh.[7] Ismāʿīl (ʿalayhi al-Salām) recognised this. Imagine, however, that he only responded with,

‘O my father, Allāh is ordering you to slaughter me.’

Ismāʿīl (ʿalayhi al-Salām) could also have replied ‘O my father, Allāh is ordering you to slaughter me, so slaughter me.’ Finally, a perfect interpretation, an endorsement and a clear submission to the Divine Order. Surely nothing better could have been achieved? Though incredibly righteous and endlessly impressive, it contains ‘Allāh is ordering you.’

Firstly, is this what Ibrāhīm (ʿalayhi al-Salām) is after? Does he need to be retold an interpretation he is already well aware of? Ismāʿīl (ʿalayhi al-Salām) is a man of shrewd understanding and intelligence and knows well both the degree of his father’s knowledge and his insinuations. This response would not have been fitting.

With regards to ‘…to slaughter me’, Ibrāhīm (ʿalayhi al-Salām) has already seen this in his vision. What then would be the need of Ismāʿīl (ʿalayhi al-Salām) arousing his fatherly emotions by outlining it again, or verbally uttering the words ‘slaughter me’? Fathers are pained by any notion of pain inflicted on their children, let alone hearing ‘step on my neck, run the knife across it, slaughter me’.

Ismāʿīl (ʿalayhi al-Salām) was not in pursuit of sympathy. He is aware that in Allāh’s commands is the climax of mercy and kindness and it is upon him to submit to this higher Divine Order, regardless of whether he understands its compassionate dimensions or not.

5) Surrender to the Divine Order without mentioning it

‘O my father, do what you are ordered.’

As if to say, ‘you know the interpretation of the vision, and you know that I know it because Allāh has taught me well.’ In a few words the entire vision and how it should enfold in reality is encapsulated in ‘what’ or ‘mā’.

‘Do what you are ordered for you are not after an interpretation, a postponement or a debate about meanings and hidden wisdoms but willingness to mutually fulfil Allāh’s order …’

If this response alone is not remarkable enough, the patient, submissive and righteous son goes on to reassure his father of his readiness and condition during the ordeal.

‘You will find me resolute’.

He does not say ‘I will be resolute’. One interpretation of this is that ‘you’ carries the implication that ‘I will fulfil your eye and make you proud. This is not about me, I want you to be reassured and satisfied that it makes no difference to me.’ It is a reply full of enthusiasm and bravery. It is as if he is saying, you will see my success because it concerns you for me to achieve.

Compare this conversation with one Ibrāhīm (ʿalayhi al-Salām) had with his own father when he was a young man. He was shunned by his father, despite calling him to Allāh kindly and persuading him logically and emotionally, with promise and with warning.[8] And yet, Ismāʿīl (ʿalayhi al-Salām) required nothing of the like, rather he assisted his father on his path to Allāh. He ordered his father to obey Allāh whilst upholding parental honour and gentle address.

“Then when they had both submitted and he had laid him face down on the ground, We called out to him, ‘Ibrāhīm! You have discharged your vision.’ That is how We recompense good-doers. This was indeed a most manifest trial. We ransomed him with a mighty sacrifice.”[10]

What a gift and honour for this mighty messenger and what a gift and honour it is for us to be of his followers, to re-enact his footsteps in our creed, our day to day worship, and during the days of Ḥajj. All praise be to Allāh who has made us a nation of Muslims, about whom He informs,

“And We left for him [favourable mention] among later generations: