Seeking Knowledge – Lessons from the story of Mūsā and Khidr 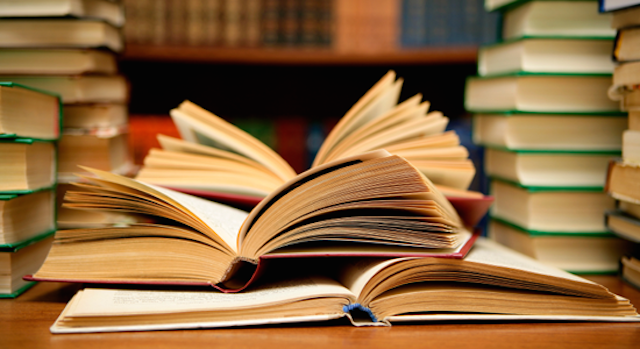 From the greatest forms of worship a Muslim can perform, is seeking knowledge purely for Allāh’s sake. Over the last few decades, Muslims in the West have become increasingly active in seeking knowledge, whether it be in the traditional ways of sitting with scholars and enrolling in institutions, or utilising newer technologies for learning. However, like all other acts of worship, seeking knowledge has guidelines and a methodology which we must follow set out by the One for whose sake we seek knowledge. Amongst the sources we can learn these guidelines from is none other than the final revelation sent down to mankind, the Qur’ān, and one story in particular offers much for those seeking knowledge in the 21st century to reflect on. This is the story between a messenger of Allāh, Mūsā (peace be upon him) and Khidr.

There are many Islamic texts that highlight the importance and virtues of knowledge. In fact, as the Messenger of Allāh (peace be upon him) said: “Seeking knowledge is an obligation on every Muslim”[1]. From the texts that highlight the virtues of knowledge, Allāh says in the Qur’ān: “Allāh raises those who believe and have knowledge in degrees”[2]; and the Messenger of Allāh (peace be upon him) said: “The angels lower their wings over the seeker of knowledge, being pleased with what he does. The inhabitants of the heavens and the earth and even the fish in the depth of the oceans seek forgiveness for him.”[3]

Before we begin the story and extract the benefits, let us acknowledge the station of the one seeking the knowledge. Mūsā (peace be upon him) is from the greatest Prophets of Allāh. We know his position and superiority over not only some of the other Prophets, but also mankind in general. Allāh referred to him as from the “ulul-‘azam”[4] – the five major Prophets with exceptionally “strong will” – these are namely: Nūh, Ibrāhīm, Mūsā, ‘Īsā and Muhammed (may the peace and blessings of Allāh be upon them all). Mūsā was also a Prophet and Messenger upon whom revelation descended, Allāh spoke to him directly and as a result he became known as the Kalīm of Allāh.

Even before the journey has begun, we can extract the first benefit. A person should never be impressed with himself no matter how much knowledge he has. As students of knowledge, we should always remain humble. The reality is when a person attains more knowledge, he actually realises how little knowledge he has.

An individual has to refer back to Allāh because all knowledge comes from Allāh. No matter how much we try, we will never acquire knowledge except by the permission of Allāh. The knowledge that we do have should make us constantly ask Allāh to bestow more knowledge on us. Take note of what Allāh told the Prophet (peace be upon him): “Say: My Lord, increase me in knowledge.”[5]

Also from the benefits of Mūsā travelling to seek knowledge, we learn that a person should be keen on acquiring knowledge from the scholars. They are the ones whom knowledge should be taken from. Mūsā was Prophet of Allāh and the Kalīm of Al-Rahmān but despite that, when he heard Khidr had some knowledge that he did not, he immediately went out to seek that knowledge.

Allāh revealed to Mūsā: “At the junction of the two seas there is a slave of Ours who is more learned than you”. Mūsā asked: “O my Lord, how can I meet him?” Mūsā was then told: “Take a fish and put it in a basket (and set out), and wherever you will lose the fish, you will find him.”[8]

So Mūsā began his journey:

And [mention] when Moses said to his servant, “I will not cease [traveling] until I reach the junction of the two seas or continue for a long period.”[9]

Mūsā took a companion with him, Yūsha‘ b. Nūn (peace be upon him) – from this we learn the benefit of having a companion with you when seeking knowledge. Good companions encourage you to do good deeds. The Prophet (peace be upon him) said: “A good friend and a bad friend are like a perfume-seller and a blacksmith: The perfume-seller might give you some perfume as a gift, or you might buy some from him, or at least you might smell its fragrance. As for the blacksmith, he might singe your clothes, and at the very least you will breathe in the fumes of the furnace.”[10] Mūsā said he will not give up until he reaches the two seas or a “huqub” passes. `Alī b. Abī Talha reported that Ibn `Abbās said that “huqub” means a lifetime. This shows the determination Mūsā had when seeking knowledge.

So when they had passed beyond it, [Moses] said to his boy, “Bring us our morning meal. We have certainly suffered in this, our journey, [much] fatigue.”

Mūsā and Yūsha’ got tired on the journey so they stopped to eat – this shows the importance of having patience when seeking knowledge and knowing that we may get physically tired when seeking knowledge or performing good actions. Whenever we do perform any act of worship to please Allāh, we should exert ourselves.

He (Yūsha’) said, “Did you see when we retired to the rock? Indeed, I forgot [there] the fish. And none made me forget it except Satan – that I should mention it. And it took its course into the sea amazingly”.

Yūsha’ forgot about fish when it took off but Mūsā didn’t blame Yūsha’ nor did he become irate with him. We learn from this that we should make excuses for our brother when seeking knowledge. We shouldn’t be from people who always blame others but we should work to rectifying the mistakes, it is from good character to forgive. Allāh says: “..and let them pardon and overlook. Would you not like that Allāh should forgive you? And Allāh is Forgiving and Merciful.”[11]

Both Mūsā and Yūsha’ forgot about the fish – it is mentioned that shaytān made them forget. Shaytān causes the children of Adam to forget knowledge and acting upon it. To avoid this, we should always seek refuge in Allāh and remember our adhkār when seeking knowledge or otherwise. Allāh says: “Verily, those who fear Allāh, when an evil thought comes to them from Satan, they remember (Allāh).”[12]

[Moses] said, “That is what we were seeking.” So they returned, following their footprints.

After they remembered about the fish, Mūsā and his companion went back to the place where the fish jumped out. We are reminded from this that we can go back and rectify our mistake if required. The most important matter is coming back to the truth even if we erred. The objective is the truth and the truth deserves to be followed more than anything else.

“And they found a servant from among Our servants to whom we had given mercy from us,”

Allāh described Khidr as a slave even though he holds such a high position. This is in fact praise from Allāh as Allāh also called His Final Messenger, the greatest man to ever walk upon this Earth, a slave. Allāh then describes Khidr, he mentions that he has “knowledge and mercy from Us”. Allāh describes Khidr as having mercy, if one has knowledge, then they should also have mercy. The most knowledgeable of mankind is the Prophet Muhammad (peace be upon him) and Allāh says about him: “And We have not sent you, [O Muhammad], except as a mercy to the worlds.[13] And the Prophet (peace be upon him) said: “Those who are merciful will be shown mercy by the Merciful. Be merciful to those on the earth and the One above the heavens will have mercy upon you.”[14]

“And We taught him knowledge from Ourselves.”

This ayah highlights the fact that knowledge comes from Allāh; it doesn’t come from one’s power or intelligence but knowledge is a gift bestowed by Allāh upon whom He wills. However, there are reasons Allāh bestows knowledge on some. Among the reasons is that one has fear of Allāh as Allāh says in the beginning of Sūrah al-Baqarah: “This is the Book about which there is no doubt, a guidance for those conscious of Allāh.”[15]

Moses said to him, “May I follow you on [the condition] that you teach me from what you have been taught of sound judgement?”

Upon meeting Khidr, Mūsā sought permission to learn from him so he may benefit from his knowledge and wisdom. We should have a desire to be in the companionship of and to follow the people of knowledge. The way in which Musa asked Khidr to accompany him also highlights his humility and great respect for Khidr on account of holding knowledge. This is an example of the manners that a student of knowledge should have with his or her teacher.

It is of utmost importance to the seeker of knowledge to have the best of manners especially with his interaction with non-Muslims. In many cases, the first impression non-Muslims will have with Muslims is through their mannerisms. The knowledge gained will lead to good manners and when implemented will leave a positive impression on non-Muslims. This will then motivate them to research further into Islam and incline towards it.

He [Khidr] said, “Then if you follow me, do not ask me about anything until I make to you about it mention.”

Khidr tells Mūsā to not ask him until he makes mention of it himself. This highlights the importance of the student of knowledge to not be hasty when seeking knowledge. Certain issues and rulings take their time in understanding, so we shouldn’t be quick to make a judgment until we know the reality of the issue. Seeking knowledge is also to be sought in stages and not in one go. The entire Qur’ān was revealed in stages to be recited in stages as Allāh says: “And those who disbelieve say, “Why was the Qur’ān not revealed to him all at once?” Thus [it is] that We may strengthen thereby your heart. And We have spaced it distinctly.[16] One of the scholars of the past said: “Whoever wants to seek knowledge in one go, will lose it in one go.”[17]

Thereafter, Khidr accepted Mūsā to be his student and he began his path to seeking knowledge with Khidr. Khidr not only imparted his knowledge to Mūsā but also showed practical examples. Knowledge is of no benefit if it is not followed by action. As the great scholar al-Khatīb al-Baghdādi said: “Knowledge calls for action so either the call is answered or the knowledge will be removed.”[18]