The Early Muslims in Ramadan 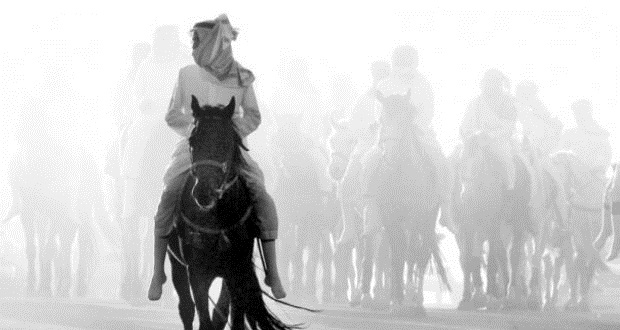 In the name of Allāh, all praise is for Allāh, and may His peace and blessings be upon His final Messenger Muhammad (sall Allāhu ‘alayhi wa sallam).

A Pew Research Center survey of more than 38,000 Muslims around the world shows widespread observance of Ramaḍān.[1] In the 39 countries and territories surveyed, a median of 93% say they fast during the holy month.[2] Fasting is the second-most observed of the Five Pillars, behind only belief in God and the Prophet Muhammad, sall Allahu ʿalayhi wa sallam (median of 97%). Despite the fact that more than a billion Muslims will be fasting this Ramaḍān, how many are aware of how the Early Muslims (Salaf), those who lived Islām in the best possible way, would observe this sacred month? How they would spend their days and nights and what would change for them during the sacred month.

As explained by the great Imam al-Nawawi, the first generation were the Companions, the next were the Followers (Tabi’īn), and finally the Second Generation of Followers (Atba’ al-Tabi’in).[4] By declaring that they were the best he demonstrated that as a collective they embodied the best understanding and practice of Islam.  Therefore, if one wanted to experience the best Ramaḍān, he or she would have to learn how the best people spent it.

Before highlighting the five key areas of change that the Early Muslims would observe in Ramaḍān it is important to appreciate that this knowledge is meant to inspire the reader, to create optimistic goals in your mind to achieve, and to realise that if this was possible for the Early Muslims then it is certainly possible for us with Allāh’s Help and Assistance.

The 5 Key Areas of Change

Unknown to many, the word associated with Ramaḍān in the Qur’ān is not Fasting but rather Qur’ān. Allāh, Exalted is He, said: ‘The month of Ramaḍān is the One in which the Qur’ān was sent down’. This point, along with the fact that Jibrīl (ʿalayhi al-Salam) would visit the Prophet (sall Allāhu ʿalayhi wa sallam): ‘every night of Ramaḍān to revise the Qur’ān’,[5] as Ibn Abbas informed us, was understood by the Early Muslim to mean that they should increase in the amount of Qur’ān they should recite. The following narrations give insight into how they would modify their Qur’ān reading:

Al-Walid b. ‘Abdil Malik, d. 96AH, would complete one Qur’ān every three days and recite the entire Qur’ān seventeen times in Ramaḍān.

It is also reported the Sa’id b. Jubayr, d. 95AH, would complete one Qur’ān every two nights in Ramaḍān.

Is this possible for us?

For most, reading the entire Qur’ān once in Ramaḍān is a challenge, but just how much time is required to finish it in two days? Is it even possible for those with families and jobs to accomplish this?

For those accustomed to Qur’ān recitation, one Juzz can be recited in 20 minutes, with each page taking around a minute to recite. Multiply this by 30 and you have a figure of 600 minutes, which equates to 10 hours. This would mean that the Early Muslims would spend around 5 hours a day with the Qur’ān in the month Ramaḍān. Segmenting that over the day: before work, during lunch break, on the way home and a little more in the evening it suddenly seems possible. In fact, a friend recently told me that a female relative of his does exactly this. She reads the entire Qur’ān once every two days. She has children, takes care of the home but spends every spare minute opening the Qur’ān and reciting.

Can We Recite Quickly?

In his al-Adab al-Shari’ah, Ibn Muflih explains that so long as one pronounces the letters of the Qur’ān properly he may recite it quickly.

Shaykh ‘Abdul ‘Aziz al-Tarīfi was asked whether it is better to recite the Qur’ān slowly with reflection rather than quickly but in greater quantity. He replied that as for the person who is ignorant of what the Qur’ān speaks of, such as what the Qur’ān has made ḥalāl and ḥarām, what it has made wājib and so on; then such a person with this basic understanding should not recite at speed. As for those who are generally aware of the key messages of the Qur’ān and what it has made ḥalāl and ḥarām then there is nothing wrong with reciting at speed during this blessed month of Ramaḍān.

There is nothing more beloved to Allāh, Exalted is He, than performing the obligatory acts of worship such as the five prayers. Whoever can safeguard those prayers whilst also praying optional prayers like the Tarawīh and Qiyām should aspire to be like the Early Muslims in this regard.

It is reported by al-Bayhaqi that ‘Umar b. Khattāb would instruct Ubay b. Ka’b and Tamim al-Dari to lead the people in prayer during Ramaḍān. They would read the long surah (al-Mi’in- those whose verses number in the hundreds) and some people would have to use a staff to keep themselves standing. They would finish their Qiyām close to the time of Fajr.

It is reported in the Muwata of Imam Malik that the son of Abu Bakr al-Ṣiddiq, ‘Abdullah, said that he heard his father say that we would finish our Qiyām and hurry to eat our food out of fear that Fajr would begin.

These reports indicate that some of the Early Muslims would spend more time in Qiyām than in the Tarawīh prayer. Consider the following narration about Ibn ‘Umar. A report by al-Bayhaqi says that he would pray at home during Ramaḍān and when the people would leave the Masjid he would grab his leather water-skin and go the Masjid of the Prophet (sall Allāhu ʿalayhi wa sallam) and not leave until he had prayed Fajr.[6]

Can I Cheat Sleep?

The narrations about the Early Muslims and their Night Prayers demonstrates that they would reduce their sleep during Ramaḍān. According to a recent research conducted by a PhD student at Oxford, a Polyphasic Sleep pattern, in which a person only sleeps for a total 4.5 hours a day, can allow for a productive day with less sleep. The science behind this sleep model shows that a 3.5 hour sleep at night with three 20 min naps during the day (which could be at lunch, break and then at home) can suffice a person without compromising on their productivity. Indeed the student conducted the experiment on himself whilst doing the PhD.[7]

Ibn ‘Abbas beautifully described the generosity of the Prophet (sall Allahu ʿalayhi wa sallam) when he said: ‘He was the most generous of all people…and when Ramaḍān came he would become even more generous such that he became like the blowing wind’.[8]

Following in his footsteps we find that Ibn ‘Umar would only ever break his fast with the poor. His family would request him to break the fast with them but he would refuse and reprimand them.

When Ramaḍān would enter Ibn al-Shihab al-Zuhri would busy himself with only two things: reading Qur’ān and feeding the poor.

One of the Early Muslims, Hammad, would break the fast of 500 people during Ramaḍān.

One of Imam al-Ghazali’s top tips for waking up to pray Qiyām al-Layl was not to overeat before bedtime. In this regard you find the Early Muslims would eat very little at Iftār. There is a narration about Ibrahim b. Abi Ayyūb that states that he would only have two full meals during the whole month.

When Food Starts Looking at You

For those of you eating indiscriminately throughout the year, it is more beneficial to speak about food quantity as opposed to quality.  You know best-tasting foods will be placed in front of you every day, you know you won’t resist it, and you know if you try to discriminate and eat one item and not another, someone will harass you about it.

Go ahead and eat a little bit of everything, but make sure the quantity stays low. Meaning, take slow, measured bites, and keep checking if you have that gnawing feeling in your stomach you had earlier when you were fasting. If it goes away, stop eating immediately and save the rest of your food for later. Snack a little on dessert, and you’re done.

Fasting has been legislated for a higher purpose, it is designed to make us more religious, God-Conscious and disciplined. The Prophet (sall Allāhu ʿalayhi wa sallam) said: ‘Whoever did not give up crooked speech and action, then Allāh is not in need of his leaving food and drink’.[9] Ibn Hajar al-Asqalani explained “crooked speech” to include lying.[10] Other narrations add “idol-banter”. Ibn Battal explains that the Prophet (sall Allāhu ʿalayhi wa sallam) did not mean by this that one should avoid fasting but rather that fasting whilst behaving in this way will jeopardise the acceptance of the fast.

Mujahid b. Jabr once said there are two traits; whoever guards himself from them will have his fast accepted. They are backbiting and lying.

I pray that we are always in the remembrance of Allah and that our striving to become like the best generations is made easy. There is no time to lose. The bar has been set high and each person will be judged according to their abilities. Growth takes time and all great achievements begin with a small step. The great icebergs are but one snowflake on top of another.

I pray that all our acts of worship are accepted and that there is profound healing and enlightenment before, during and after the blessed month of Ramaḍān.