The History of Muslim Resistance in the West Indies 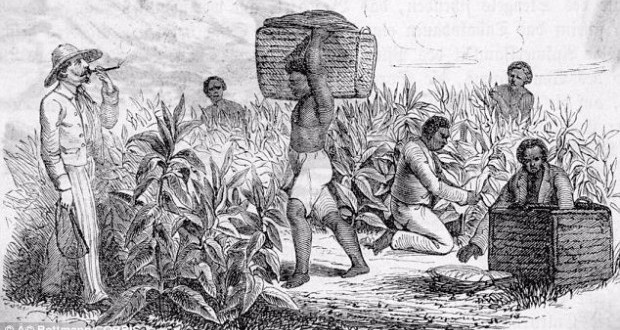 The recent victory of the West Indies over England in the recent cricket World Cup reminded me of the great struggle that was faced by millions of Muslims, many of whom were likely to be the ancestors of those who heroically defeated this very nation. Their struggle contributed significantly to the introduction of Muslims in this part of the world (though it is accepted that Muslims were already present in these lands).

Even the very name “West Indies” reminds us of the fall of Andalusia in 1492 which sparked the age of “Discovery” by the European powers, led by Spain. Christopher Columbus’s so-called ‘discovery of America’ began a four century long wave of slave imports with the European colonisation. Columbus was pressured by Ferdinand and Isabella of Castille & Aragon to find a quicker route to India. The purpose of searching for a new route to India was to make possible a two-pronged attack against the Muslims from the east and west. When Christopher Columbus reached Cuba in 1493, he wrote to Ferdinand and Isabella in Spain, saying:

“In seven years from today, I can provide your highness with five thousand foot soldiers for the war and conquest of Jerusalem, upon which this proposition enterprise [i.e. this voyage] was taken“.[1]

Columbus sailed west from Europe in the hope that he would find India without having to sail east. Sailing east took a very long time and was fraught with danger, particularly from the Muslims who controlled much of that route. However, he did not find India and instead found the islands of the Caribbean. Due to the fact that, while looking for a route to India by sailing west from Europe, he found the Caribbean, these islands were named the West Indies.

There are many high points in the history of Islām, during the course of which Muslims have been kings and rulers of great and vast empires. However, there were also low points and there came a time when they were uprooted from their home, taken away from family, marched to the coast, branded, loaded aboard a slave ship, shackled naked to the floor, beaten, tortured, put to infernal work in degrading conditions in an unknown distressing world and turned into slaves. They were victims of one of the most brutal episodes which ever took place on this planet.

The first slaves were brought to the Portuguese and Spanish colonies around 1518. Later, the English, French and Dutch joined the trade. One in three, 30% of those transported to the Americas, were Muslims. Many, if not most, of the slaves were from West Africa from the Mandinka, Fula, Susu, Ashanti and Hausa tribes, most of whom were Muslims.

Few Africans have left personal testimonies of their life under slavery, but among those that did, there is a disproportionate number of Muslims. These slaves were generally literate in Arabic and many of them could write with great beauty and exactness the Arabic alphabet and passages from the Qur’an. It is through their writings and those of plantation historians and British travellers that we learn how these Muslims proudly and fiercely maintained their Islamic faith, identity and continued to embody the spirit of resistance. In fact, many of these Muslims who were from the Mandika people in Africa became leaders of revolts against slavery and against the slave masters as will be discussed in another article in this series.

Robert Madden, a settler magistrate in Jamaica, had a slave called Abū Bakr, a Mandinka slave who authored two autobiographical pieces written in Arabic, as the son of a learned family in Islamic Jurisprudence from the city of Timbuktu. We learn that he acquired advance Qur’anic learning.[2] So strong was Abū Bakr’s Islamic teaching that, even after thirty years of bondage in Jamaica, he still knew the Qur’ān ‘almost by heart’. Like hundreds of other African Muslim slaves, Abū Bakr had different masters and had been baptised as Edward Donellan but he remained faithful to Islām. He is perhaps one of the very few who returned to Africa upon his manumission in 1834.

Madden’s records further reveal how, even when Muslim slaves were forcibly converted to Christianity, they were actually crypto Muslims and maintained their beliefs:

“I had a visit one Sunday morning very lately, from three Mandingo negroes, natives of Africa. They could all read and write Arabic; and one of them showed me a Koran written, from memory by himself—but written, he assured me, before he became a Christian; I had my doubts on this point  (i.e. that he had become a Christian). One of them, Benjamin Cockrane, a free negro was in the habit of coming to me on Sundays … His history is that of hundreds of others in Jamaica… Cockrane says his father was a chief in the Mandingo country … I (Madden) have not the time to give you an account of his religious opinions; but though very singular, they were expressed with infinitely more energy and eloquence than his sentiments on other subjects. He professed to be an occasional follower of one of the sectarian ministers here, and so did each of his two friends. I had my doubts thereupon. I expressed them to my wife … and told her to prepare for a demonstration of Mohometanism (i.e. being a Muslim). I took up a book, as if by accident, and commenced repeating the well-known Mussalman Salaam to Prophet Allah ( sic.) Illah Mohammed RasulAllah! In an instant, I had a Mussalman trio, long and loud: my Neophytes were chanting their names with irrepressible fervour, and Mr Benjamin Cockrane I thought, would have inflicted the whole of ‘the perspicuous book’ of Islam on me, if I had not taken advantage of the opportunity for giving him and his companions reproof for pretending to be that which they were not”.[3]

Bryan Edwards, a British government official in the West Indies noted how one slave maintained his religious practices, stating:

“An old and faithful Mandinka servant, who stands at my elbow while I write this, relates that the natives practice circumcision, and that he himself has undergone that operation; and he has not forgotten the morning and evening prayer which his father taught him. In proof of this assertion, he chants in an audible and shrill tone, a sentence that I conceive to be part of the Al-Koran, ‘La Illa ill illa’! (i.e.La Ilaha Illallah, there is no god but Allah)… (as well as) strict fasting (in Ramadan). It was almost a sin, he observes, on that day to swallow his spittle…”[4]

One particular name that appears in the chronicles from this period is a slave by the name of Mahomed Kaba who was captured and brought to Jamaica in the 1770s. According to the British Missionary, J.H Butcher, “in order to [perform the] Mahometan fasts. Kaba would pretend to be sick”. Butcher further sets out that he was alleged to have said to the British authority “Me say me believe in God but not in the son, for in me country we pray to god and [follow] his prophet Mahomet.”[5]

Many years later, Kaba was alleged to have formally converted to Christianity and been renamed Robert Tuffit but it is clear from his writings after he became a freedman that he retained his allegiance to Islām. One particular letter demonstrates this wherein he states:

“In the name of God, Merciful Omnificent [sic], the blessing of God, the peace of his prophet Mahomet. This is from the hand of Mahomed Kaba, unto Kekir Sadiki Scheriffe.. I am glad to hear that you are the master of yourself,, it is a heartfelt joy to me.. Salaam aleikoum…”[3]

Madden wrote that, in the course of his stay in Jamaica, he met scores more of such African slaves who had been forced to adopt Christian names but secretly remained true to Islām. He also discovered an Arabic document, Wathiqa, circulating among the slaves “exerting the followers of Mahomet to be true to their faith”.

The above accounts shows that Islām was the religion of hundreds of African slaves who were brought to the West Indies and, in spite of the hostile Christian environment they found themselves in, they continued to live as Muslims.

With remarkable determination, they maintained an intellectual life in mentally sterile surroundings. We learn that many of the Muslims who were enslaved were highly literate after years of study in Qur’anic schools and centres of higher learning in their countries which gave them a disproportionate influence in the slave communities.

Above all, we see that in freedom just as in enslavement, Islām was the hope of the Muslims, their strength and their comfort. In Part 2 of this series, inshāAllāh, we shall explore how Islām played a role in galvanising an organised force, and was the catalyst of revolt and insubordination.

Whilst the Muslims were carted off in shackles and had their outer being enslaved, we see that their Christian masters were unable to enslave their mind and soul and they remained the servants of none other than Allāh jalla waʿāla.

[3] Robert R. Madden, A Twelve Months Residence in the West Indies during the Transition from Slavery to Apprenticeship, Vol. I, Philadelphia: Carey Lea and Blanchard, 1835, pp. 99–101

Sylviane A. Diouf, Servants of Allah: African Muslims Enslaved in the Americas