The Legacy of Muhammad Iqbal 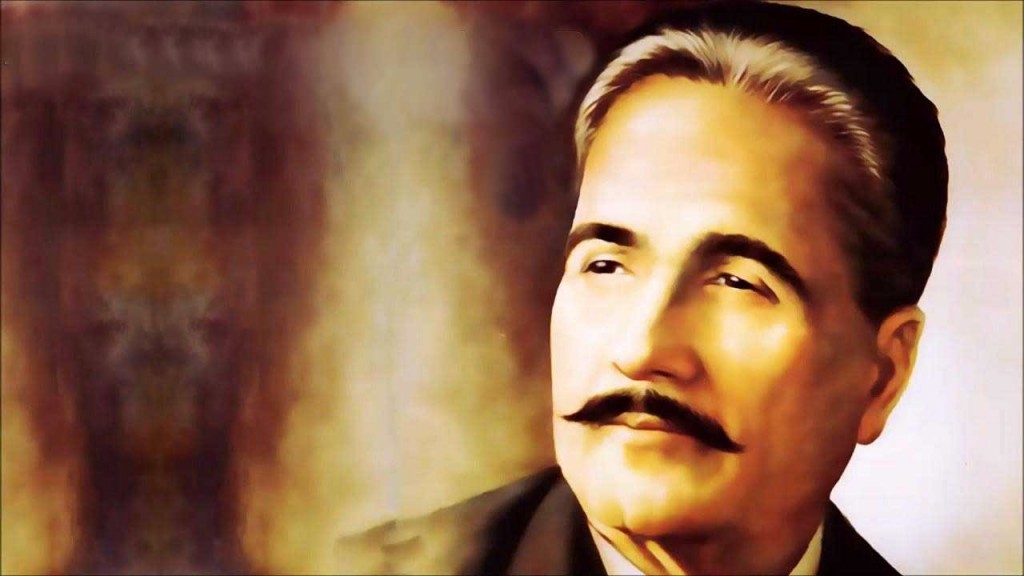 Part 1: On unity and identity

In a quiet neighbourhood in Oldham, Greater Manchester, amidst vibrant greenery and rows of quaint houses lies 31 ‘Allama Iqbāl road. Although it may at first seem an anomaly amongst the other more ‘English’ street names around, Iqbāl’s influence, and indeed his mastery over western thought, render his name perfectly at home in Oldham. Iqbāl’s ideas inspired a political revolution, his academic work greatly contributed to the discourse on Islamic thought, but it is mostly his unique and rock-­solid sense of identity that we, as Muslims in the 21st century Britain, are most in need of.

Iqbāl was born in Sialkot, India. He studied Arabic and the Qur’an at a young age, later graduating with a BA in Philosophy, English, and Arabic literature. After qualifying for a scholarship from the University of Cambridge, he qualified as a barrister in the UK and went on to complete his doctorate in Philosophy in Germany.[1] What makes this discussion valid in 21st century Britain is that Iqbāl’s experience fuses the traditional and contemporary; the Eastern and Western, both in thought and culture.

Poet of the East

One would expect that Iqbāl, having spent many years in institutions like Cambridge’s Trinity College after being educated in Punjab, would attest to the superiority of in the West in terms of its institutions, culture and thought. Surprisingly, this is not the case. One of his poems, a sarcastic portrayal of the West’s superiority, The Wisdom of the West, includes the lament of a man who has died and requests God to send the Angel of Death to the West for training.

In this as in so many other fields

Its submarines are crocodiles

Its bombers rain destruction from the skies

Its gasses so obscure the sky

They blind the sun’s world­-seeing eye.

Dispatch this old fool to the West

To learn the art of killing fast—and best.[2]

One very distinct mark in Iqbāl’s writings is his confidence in his ethnic and religious Identity. Given he lived in colonial India, he staunchly believed that colonialism stemmed from nationalism, and he frequently clashed with his contemporaries over his view of nationalism as ‘the greatest enemy of Islam’.[3]

Iqbāl’s vision of Islam was perforce a simple and pristine one. This notion was of great importance and consequence to Muslim politics of India at the time and, as such, made Iqbāl a central intellectual figure in the drama of the Muslim-­Hindu stand-­off of the period. For, it was the argument of the British and the Indian National Congress that Muslims of India were not one community, and were so diverse that no one party or leader could claim to speak for them, or to characterise as one people with one aim.

And one your great Quran;

Yet, still, divided each from each, Lives every Mussalman.

You split yourselves in countless sects,

In classes high and low;

Think you the world its gifts will still

On such as you bestow?

You are known as Syed, and Mughal,

you call yourselves Pathan;

But can you truly claim as well the name of Mussalman?”[8]

At a time when us Muslims are divided into numerous labels, the idea that we need to unite, especially to co­operate in initiatives that unite us, is perhaps as necessary in our era as it was in his.

Throughout his life Iqbāl grappled with the religious, social, and political implications of the occlusion of Islam in his homeland. For Iqbāl, the question was not that of choosing between the East and West but rather to find a middle ground where Muslims do not have to abandon their Islamic identity to be part of the modern world. The Muslim future does not just depend on gaining Western knowledge but also by balancing this knowledge against their own tradition. The native under colonial rule, for Iqbāl, is not just fighting for or appealing for inclusion in the colonial system; he is, rather, offering his own system as a solution to the problems of the colonial masters.[5]

For Iqbāl, the encroachment of the West was an experience being shared by almost all Muslims, and so there was an increasing need to find a sense of identity as they grappled with the meaning of the modern state in colonial form.[6] What concerns us, then, and what pained him most was the impact of nationalism on various Muslim countries, eroding the concept of “Ummah”, enfeebling the Muslim world, and laying it open to European aggression and exploitation.[7]

In part 2 of this series on Iqbāl, we will explore some of his Arabic poetry, his thirst to understand and explore the Qur’ān and sunnah, and his ­­understanding of identity in an increasingly chaotic world.

[5] Masood A.Raja, Islam, the West, and the Quest for a Modern Muslim Identity

[6] Masood A.Raja, Islam, the West, and the Quest for a Modern Muslim Identity

Abu Yusuf is a student of knowledge and khatīb from the UAE, studying Electrical engineering at the University of Nottingham and a BA in Sharī’a with EISH.