The Right-Wing Press: Heirs to the Journalism of Ancient Quraish 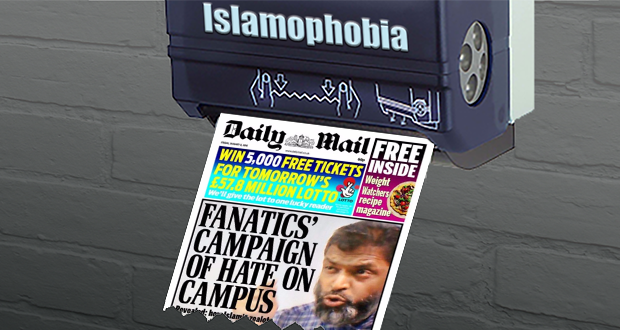 Just this weekend, we have seen more than 20 articles, some of which are deserving of front page coverage by the right-wing press. These newspapers appear to have waged an orchestrated and relentless campaign against Muslim dissenters; including Muslim organisations, major and mainstream Muslim scholars, activists and personalities. Selective and out-of-context quoting of Muslims, unfounded accusations of extremism, and guilt by association are the principles of many journalists today in the UK. But this is not a new phenomenon when looking at the history of Islām.

The opposition of the Quraish to the message of Islām greatly influenced the rest of the Arabs to reject Islām as well. The Quraish were so great in their resistance to Islām and in the defamation of the Prophet (sall Allāhu ʿalayhi wa sallam) with very public and very vocal attacks on Islām and the Messenger of Allāh using every means at their disposal.

Tribal leaders from the Quraish gathered together in order to carefully plan what they were going to say about the Qur’ān to all people coming to Mecca as pilgrims in the next season. They establishing the ‘Think Tank’ of that time called Dār-al-Nadwa. They tried to come to an agreement as to how to wage a defamatory propaganda campaign against the Prophet (sall Allāhu ʿalayhi wa sallam) and the truth revealed to him. They discussed a number of propositions to accuse him with. First: was to call him a soothsayer; then to say he was a madman; then to say he was a poet, before finally taking heed of advice from Al-Walīd b. Al-Mughirah, a senior among them, and accusing him of being a magician who came with magical words that separated man from his father; man from his brother; man from his wife and man from his clan. Corrupting the minds of the slaves and peasants to overthrow the powerful.

The objective of this campaign was to shun people away from him. They then began to sit in the path of people who came during the Ḥajj season. They warned anyone who passed by them against the Prophet (sall Allāhu ʿalayhi wa sallam) and mentioned the fabricated story about him being a magician. This was their way of resisting and preventing the truth from reaching people, to keep them living on a fake inherited creed. The chiefs had to make the populace believe that behind this new Call was a mystery whose secret they were most knowledgeable about and most capable of handling. They wanted people to leave such a matter to their gods and return to their inherited beliefs. They wanted people to silently rest while the chiefs protected their interests, beliefs, and gods. It is the typical technique used by tyrants to distract people from concern about public matters and truth-seeking. People speaking amongst themselves and seeking to know the truth posed a danger to the chiefs, for they could only maintain their power by steeping people in lies.[1]

Their plans would also be picked up as headlines by the media outlets of the day, the poets. Poets in 7th century Arabia were propaganda tools much like the media and journalists of today.

One poet in Madīnah who was most vile and determined in his hatred was Ka‘ab b. Al-Ashraf. He was the most intent on inflicting harm on Allāh’s Prophet (sall Allāhu ʿalayhi wa sallam), and the most zealous advocate of waging war against him. Enraged by the Muslims’ victory over Quraish in Badr, he travelled to Makkah where he started to activate the fire of war, and kindle the resentment against the Muslims in Madīnah. He urged Quraish to retaliate for their slain men whom he mourned and wailed for in his poetry. He also called them to annihilate the Prophet (sall Allāhu ʿalayhi wa sallam) and the Muslims. Upon returning to Madīnah, Ka’ab started a fresh campaign that took the form of obscene songs and poems with a view to defaming the Muslim community.

Just as in the time of the Prophet (sall Allāhu ʿalayhi wa sallam), so too do we find the poets of today who, in the guise of writers and journalists, spread lies and mischief about the Muslim community. And just as there was a Ka’ab ibn Al-Ashraf then, so today do we find many like him.

Such journalists are no ordinary journalists; they are ‘conviction journalists’ – journalists who decide on what to report on and how to report on it based on their personal socio-political convictions and not by principles of journalism. They are not interested in being unbiased reporters of news to help inform or educate the public; they are in the business of using their position to further their personal agendas and, when it comes to the Muslim community, the agenda of self-serving state power often by wilful misrepresentation of facts and people.

With ‘conviction journalists’, truth and facts are irrelevant; what matters to them is how the truth and facts can be bent to fit in with their preconceived narratives and headlines. This practice of choosing a narrative and headline first and then the story later, was exposed to the public by the whistleblowing journalist Richard Peppiatt, who resigned from the Daily Star in protest of the newspaper’s constant anti-Muslim propaganda.[2]

Whether it is the poets of the past or the journalists of today, their actions are nothing but a weapon of provocation and misguidance; a war of deception that is well-mastered by people of power. The Quraish used it to protect themselves and their positions from the danger of the truth embodied in this creed. They feared it would certainly shake the false values and corrupted status quo on which these high people built themselves. The same can be said of some journalists today. Tribulation mongers are no less dangerous than those who brandish swords to fight the Muslims, for had it not been for these mongers, tribulation would never have risen. ʿUmar (raḍiy Allāhu ʿanhu) said:

“Beware of fitnah, for a word at the time of fitnah could be as devastating as the sword.”[3]

But for every Ka’ab b. Ashraf, there was an ʿAbdullāh b. Rawaha, Ka’ab b, Malik, Ka’ab b. Zuhair and Hassan b. Thābit (raḍiy Allāhu ʿanhum) who also used poetry in defending the Prophet, the Muslim community and exposing the lies of the propagandists. Similarly, as Muslims today, we must use our pen for Islām and the plight of the Muslim Ummah (community), exposing the lies of the neo-con elite who seek to systematically disempower and enslave humanity for their own benefit. It is a duty on all of us to become writers and advocates in defending the religion from those who make a living from peddling lies.

Let us not relent against those who harm us and let us remember another vital lesson from the time of the Prophet (sall Allāhu ʿalayhi wa sallam): three men who were primarily handling torture and responsible for defaming the Muslim community of the first generation of Muslims were; Al-Ās b. Wa’el, Al-Walid b. Al-Mughirah, and Abū-Jahl. However, their sons ʿAmr b. Al-Ās, Khālid b. Al-Walīd, and Ikrimah b. Abū-Jahl (raḍiy Allāhu ʿanhum) turned out to be among the best of Muslims. The sons of the Quraish’s very own torturers and defamers became strong believers themselves. There is therefore hope and time still that those bent on waging a cold war against Muslims today will have family who may be Muslims tomorrow and, thus, they be conquered by the very thing they set out to obliterate and conquer.

[1] Ibn Hisham, As-Sirah An-Nabawiyyah: Conspiracy of the Quraish to Denounce the Messenger as a Magician, vol. 1.