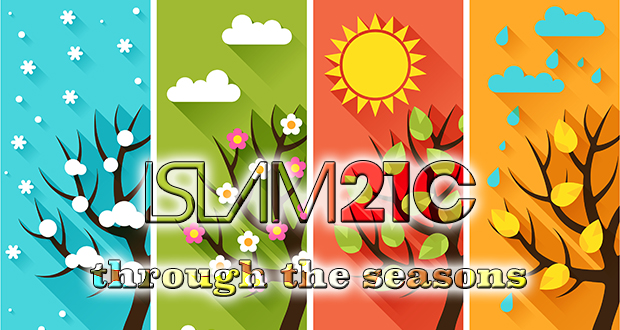 The last twelve months have been full of monumental events for the Muslim ummah all over the globe. From international events to local action alerts, Islam21c has provided a space for scholars, thinkers, activists and readers to share guidance and take part in crucial conversations for Muslims and non-Muslims alike.

What follows are some of the highlights of the discourse you took part in throughout 2015-1436/37. By the grace of Allāh, with your help readership and engagement has continued to increase with the number of unique visitors doubling every year. We are optimistic for the future of grass-roots, community-led alternative narratives and perspectives on the important conversations that will shape tomorrow, with the permission of Allāh.

2015 kicked off with an extremely eventful January. With the #CharlieHebdo shootings,[1] and our articles addressing the expected racist reaction, we saw a big spike in traffic on Islam21c, suggesting that Muslims were keen to read and disseminate an alternative narrative to the right-wing spins of some kind of existential attack against the West,[2] and the hypocrisy of those who claim to defend free speech.[3][4] As expected the neoconservative and far right ideologues took this as an opportunity push for more draconian measures and Islamophobic gestures; from hinting that toddlers were at risk of radicalisation,[5] to the government’s widely ridiculed, absurd letter to “The Muslims”.[6] We also published a response to the BBC’s scaremongering Panorama programme which conveniently maligned government policy critics under the pretext of extremism and national security.[7] Curiously, at the same time, the Counter Terrorism & Security (CTS) bill campaign was in full swing, which itself was met with copious coverage including a khutbah campaign.[8][9]

January 2015 also saw one of the most important pieces of research presented to a packed audience within the House of Commons by Professor Arun Kundnani commissioned by thinktank Claystone.[10] It was a comprehensive review on the empirically-determined causes of terrorism which amounted to a meticulous and irreversible refutation of the right-wing theory of the causes of terrorism, namely the conveyor-belt theory, which has thereafter been safely referred to as a fairytale.

– Loving him in light of the Mawlid

– #ToddlerTerror: How to Spot a Terrorist Toddler

– “Extremism” does NOT cause terrorism

– Freedom of speech is an ideological construct

– We are not Charlie

– Haitham: My first response to the Paris incident

– The final chance for the bigots of France

– Power of the Pulpit

– From the Croissant to the Cartoons

– Life in Britain is about to get MUCH worse…

– The government’s absurd letter to “The Muslims”

– Have we turned our backs on Syria?

– A Quick Guide to the Proposed CTS Bill

– Reacting to the death of evil people

– Don’t be an echo, find your voice

February saw news of authorities taking children away from Muslim parents receive greater coverage, with the French couple who thankfully had their children returned to them, alḥamdulillāh.[11][12] Sheikh (Dr) Haitham al-Haddad also released a video comprehensively refuting ISIS after their ostensible burning of the Jordanian pilot.[13] We benefitted from some hard-hitting lessons from Martin Luther King Jr. coinciding with the release of the film Selma,[14] and Malcolm X (raḥimahu Allāhu) 50 years on from his martyrdom.[15] From the USA we also saw the tragedy of the Chapel Hill Shooting where three young Muslims were executed by a white Islamophobe, along with the blatant double standards in reporting.[16] Also in that month, the repressive CTS Bill passed and became the CTS Act 2015,[17] which our wider society has since slowly realised the disastrous nature of.

February then saw what would become one of the turning points in public discourse surrounding terrorism and so-called ‘extremism’ of the year.  A political earthquake took place with the famous CAGE press conference,[18] revealing that Muhammad Emwazi (dubbed ‘Jihadi John’ by the press) was apparently harassed by the UK security services before his turn towards violence, which led to calls for accountability of the security and intelligence agencies.[19][20] By hosting this press conference, and making themselves a target for future state harassment themselves, CAGE carried out a vital service to the public by causing a quake within which a more nuanced, evidence-based discussion of so-called ‘radicalisation’ and political violence could enter the spectrum of mainstream political and media debate.[21] February also saw the initiation of a great journey of reflection through the magnificent chapter of the Qur’ān, with the Yā Sīn Series that would transcend the year well into the next.[22]

– MLK: I have a dream…to be an extremist

– The Woman who cried wolf

– How the government makes you a terrorist without ever arresting you

– #ChapelHillShooting: The Media Complicity in the Murder of Muslim Student

– Worried about Non Muslims in Britain? Response to Telegraph

– 50 years since Malcolm X’s martyrdom: what have we learnt?

– How does the media fuel Islamophobia?

– The Road to Statutory Sex Education in Schools

– What happened to the “beautiful man” that became Jihadi John?

– Meher and Aicha Msakni accused of “radicalism” get their kids back

– Overview of the magnificent Yā Sīn

– We’re all going on a summer holiday… inshā’Allāh

– Shackled Minds: “Before and behind them a veil…”

– From Kufr to Īmān: Guidance and Honour of the Righteous

– Right to pray throughout the day: framing your argument for a Muslim prayer room

– Interrogation in the Grave

– Prophetic Teacher Training: the Believer and the Palm Tree

March saw a proactive approach to pushing out some important narratives from the Muslim community. We were able to reflect more deeply on activists like CAGE’s perseverance upon speaking truth to power once the dust had settled somewhat.[23] Dilly Hussain recounted 91 years since the end of the Ottoman Caliphate;[24] while Ustādh Ali Hammuda blessed us with a three-part series on optimism in Islām;[25] and Sheikh Alomgir Ali stressed the need for guidance in an age of confusion.[26] Ustādh Abu Haneefah also penned a poignant reminder coinciding with the occurrence of the Solar Eclipse,[27] and we enjoyed Yusuf Patel’s thorough exposé of The Times’ desperately Islamophobic reporting on so-called “Muslim Sex Grooming” which prompted many complaints and much ridicule.

Good news in March rose to another level with the unprecedented show of unity and cooperation of British Muslim scholars, leaders and activists coming together to sign the United statement against the criminalisation of Islām in the UK,[28] ushering in a new phase of cross-community cooperation in the UK. To add to the festive mood, Michael Gove’s infamous Trojan Hoax scandal was finally exposed as a fabrication in front of a cross-party Education Select Committee, which was so damaging to institutionalised Islamophobia that it was studiously ignored by the mainstream press.[29]

– CAGE and the Jihad for Truth

– Are we blindly following the media?

– The futility of the anti-Islamic movement

– One month on: reflecting on the Chapel Hill shootings

– United statement against the criminalisation of Islām in UK

– Is it time to care about the Muslims in China?

– Europe’s history of anti-semitism and the rise of Islamophobia

– “A reminder for those who fear Allāh in the unseen…”

– 101 days until Ramaḍān 2015! Will it be difficult? The Preparation starts now!

– In Pursuit of Optimism

– The Eclipse: frightening for those who reflect

– The need for guidance in an age of confusion

– You only live twice

– Defiance in the Face of Negativity

– The need to flee to Allāh in these times

– The optimism of the early Muslims

Stay tuned for the next instalment wherein we go through the highlights of April, May and June 2015, inshāAllāh.