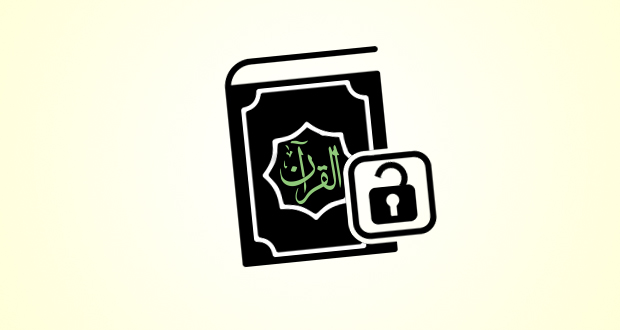 Previously, in “How to Make Tadabbur in 10 Steps”,[1] we discussed the importance of tadabbur (pondering, reflection), and outlined the preparation required that assists a person in maximising the tadabbur that they make. In this second part, I would like to highlight practical steps, and the key things to look out for when making tadabbur. There are practical steps available for everyone, regardless of their level in Arabic though, as will later be evidenced, the lower the level of Arabic a person possesses, the fewer practical steps they can take.

Below are some of the practical steps a person can take towards beneficial tadabbur:

Swapping words with their synonyms

As we know, every word in the Qur’ān is the most perfect word that could have been used. By this token, a person can try swapping a word for another that has a similar meaning and pick out the difference it makes to the overall meaning. This difference will highlight the importance of the word used in the Qur’ān, allowing a person to attain certain points of tadabbur from that. An example of this is when Allāh (subḥānahu wa taʿālā) says,

“And if [as much as] a whiff of the punishment of your Lord should touch them, they would surely say, ‘O woe to us! Indeed, we have been wrongdoers.’”[2]

The word used to portray the meaning that they were punished was مستهم which literally means to be touched. Many words could have been used which portray the meaning to be punished e.g. inflicted, hit, struck. However, in this verse Allāh (subḥānahu wa taʿālā) shows us that the most minimal form of punishment in the hereafter is so severe that a person would believe that they were always wrongdoers, hence deserved this punishment. Therefore, the word “touched” was the best word to use in this context to allow us to appreciate the enormity and severity of Allāh’s punishment.

Seeing any differences in wording between similar stories

The Qur’ān mentions many stories, some of which are repeated numerous times. When making tadabbur over the verses about a particular story, a person can look at the other locations where this story is mentioned in the Qur’ān to see any differences in the words used.

Seeing if the letter و was included in a verse, and pondering why it was deemed required

The letter و has many usages, including the meaning “and”, so in many verses a meaning can be conveyed without the inclusion of this letter. When a person comes across a verse that contains or starts with this letter, they should ask themselves what additional meaning the inclusion of this letter gives. A beautiful example of this is in Sūrah Al-Zumar when Allāh (subḥānahu wa taʿālā) describes the two groups as they reach Paradise and Hellfire. When Allāh (subḥānahu wa taʿālā) speaks about the disbelievers reaching Hellfire, He says

“until, when they reach it, its gates are opened”[3]

“until, when they reach it while its gates have been opened”[4]

That is, they reach it and the doors are open for them. Therefore, the inclusion of the letter و gives the additional indication that the doors of Jannah were already open for them so they did not have to wait for their reward, rather it was ready for them. SubḥānAllāh, such is the beauty and unique miracle of the Qur’ān, that a single letter can give so much extra meaning.

When Allāh (subḥānahu wa taʿālā) ends a verse with something, this usually means that this ending is thematically connected to the rest of the verse. By comparing verses that end in the same way, a person can draw similarities between the themes of these verses. An example of this is the verses in Sūrah Al-Nahl where Allāh (subḥānahu wa taʿālā) mentions many of the punishments He can inflict on the sinners, and ends the verses with

“But indeed, your Lord is Kind and Merciful.”[5]

By looking at the other verses that end with رؤوف رحيم  (most compassionate, most merciful), we come to realise that the shared theme is that of the blessings and mercy of Allāh, therefore these three verses in Sūrah Al-Nahl are in fact verses of blessings and mercy. Reading the verses again with this theme in mind, illustrates to us that Allāh has not really inflicted these punishments on the sinners, so in these verses He is reminding us that He is giving the sinners respite and chances to repent, and this is due to His blessings and mercy upon them.

Sometimes in the Qur’ān the verses being recited discuss a particular theme, yet this theme seemingly abruptly ends and a verse about a different theme is introduced, but immediately afterwards, the verses return to the original theme. Similarly, sometimes a verse is about a theme yet ends with something that appears unrelated. An example of this is in Sūrah Al-Dukhān when Allāh (subḥānahu wa taʿālā) describes the punishment of the sinners and He says,

Initially it seems incomprehensible that Allāh would describe this sinner that is being punished as a powerful and respected man. However, when one thinks deeper, they will realise that Allāh is in fact mocking this person and describing him with the qualities that he thought he had. This verse teaches us not to be arrogant and self-aggrandising for we may be punished for the actions that these thoughts lead us to doing.

When someone recites the Qur’ān, some verses may seem very normal, yet when they read about the background behind them, they realise they carry a deeper meaning. An example of this is the verse in Sūrah Al-Nūr when Allāh (subḥānahu wa taʿālā) says,

“And let not those of virtue among you and wealth swear not to give [aid] to their relatives and the needy and the emigrants for the cause of Allāh, and let them pardon and overlook. Would you not like that Allāh should forgive you? And Allāh is Forgiving and Merciful.”[7]

This verse may seem like a normal verse that says those who have been graced with bounty and wealth should not stop giving in charity to their kinsmen and the poor and needy people. However, when one reads the story behind the revelation, they will realise that this verse was revealed when Abū Bakr (raḍiy Allāhu ʿanhu) said he will stop giving in charity to his relative who participated in the slander of his daughter, the mother of the believers ʿĀ’isha (raḍiy Allāhu ʿanha). Therefore, this verse does not just encourage the believers to donate, but to do so even if those whom you donate to have seriously wronged you and your family. We are told not to allow such a situation stop us from giving them in charity as that is better for us and is a reason for Allāh to forgive our sins.

The above are just some methods and practical steps we can take when we want to make tadabbur of the verses we are reciting. If we constantly employ these methods whilst making tadabbur, we will realise so many different meanings were present in such short verses. There are of course other methods and questions one could ask and make research on to come up with more methods of making tadabbur. I would encourage our readers to share any others they can think of or have used in the comments section below. I ask Allāh to enable us to recite His words in the best manner possible, and ponder over them in a way that pleases Him so that we can be from those who have fulfilled one of the purposes of the Qur’ān which is to make tadabbur of its verses.

I would like to close by saying, if you have spent hours contemplating and recording tadabbur points of a particular verse, do not think that you have mastered this verse, rather, come back to it another time and you will realise there are many other benefits that can be deduced from it, for the benefits and meanings contained within the words of Allāh are endless.