What I learnt from Arsene Wenger 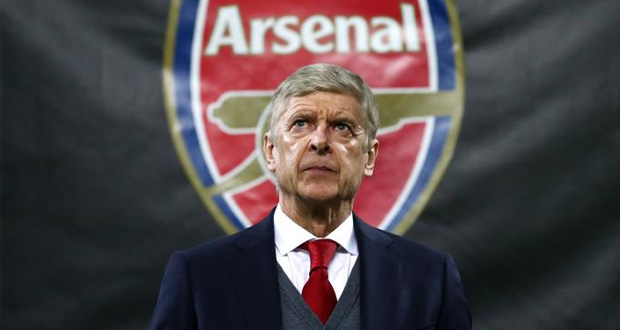 “Wisdom is the lost property of a believer; wherever he finds it he is most worthy of it.”[1]

These words, although somewhat weakly attributed to the Prophet (sall Allāhu ʿalayhi wa sallam), give a clear indication of the mind-set that should be adopted by the believers; a mind-set capable of benefiting from all situations, taking lessons from all walks of life whilst, of course, assessing any lessons taken with the lens of the Sharīʿah of Allāh (subḥānahu wa taʿālā).

Today there are many relevant and important lessons we can take from a man who revolutionised his field with character traits that should be from the make-up of all Muslims including dedication; a strong work ethic; principles; long term vision; commitment to achieve these long term goals, and the ability to stand strong against criticism. Who is this man? It is none other than “Le Professeur” Arsene Wenger.

The current manager of Arsenal FC, whose 22 year reign will come to a close at the end of this footballing year, is the club’s longest serving manager, having started in 1996 before many of today’s passionate football fans were even born. In his time, to quote The Guardian newspaper:

“he has won 16 major trophies and fielded 220 players, almost a third of all players to play for Arsenal. In the process the manager has been the key figure in the total transformation of every part of the club, including the creation of a spectacular era-shifting North London stadium that Wenger took to as though it were his own hard-earned kitchen extension.”[2]

Football pundits credit Wenger for his major impact in revolutionising English Football through the introduction of changes in the training and diet of players, as well as creating some of the most entertaining teams known to English football.

Wenger was born in Strasbourg and raised in Duttlenheim. He was introduced to football by his father. After a modest playing career, in which he made appearances for several amateur clubs, Wenger obtained a manager’s diploma in 1981. He managed Nancywhich until 1987, and AS Monaco, winning the league championship in 1988, and the Coupe de France in 1991. He later departed from the club in 1994, briefly coached Japanese J.League side Nagoya Grampus Eight, winning the Emperor’s Cup and Japanese Super Cup during his time.

In 1996, Wenger was appointed as manager of Arsenal FC, winning a league and FA Cup double in 1998, another league and cup double in 2002 and the FA Cup a year later. In 2004, Wenger led Arsenal to an undefeated league season, not done in England for 115 years. Arsenal later eclipsed Nottingham Forest’s record of 42 league matches unbeaten and went seven more matches before losing in October 2004. They reached the Champions League final in 2006, although losing to Barcelona. A trophyless period of almost nine years followed, during this time Arsenal FC relocated to the Emirates Stadium, Wenger guided Arsenal to further FA Cup success in 2014, 2015 and 2017, a career second to only a few.[3]

What sets this man apart from the hundreds of other managers to have taken control over clubs in England and the thousands in Europe, is not the early trophy studded days of sporting glory, but rather, that he paved the way and played a direct hand in revolutionising the sport across the country. “Wenger has been both a reforming force in British football and a figure that reached out way beyond the remit of his sport.”[4] He was not perhaps as successful as other managers in his pursuit of trophies in his later years, but what he has left for the sport and for many young men has been far greater than any trophy. Medals and trophies sit on shelves collecting dust but the impact we have on the lives of others and the reformations we make will last for generations. Abu Diaby, one of Arsene Wenger’s previous players, said about him:

“A great man who made an everlasting positive impact. The moral support and confidence you gave me, alongside your guidance and support helped me become the man I am today. A shining light on my darkest days, from the bottom of my heart, merci.”[5]

Let us now briefly look at some of the qualities that set Wenger apart and how they are relevant to us.

There is no doubt that Arsene Wenger was a man of vision, and although we are only speaking about a sport, many lessons we learn on the sports-field are lessons for life. From the moment he arrived he had a clear vision of where he wanted to take the club and how he was going to do it, perhaps some aspects were invented along the way, but the vision was clear from the outset. “Fans might prefer to recall a football manager who helped construct not just a stadium but a new training ground and a modern, re-geared globally renowned sporting club.”[6] This vision not only changed Arsenal FC but the entire British sport, he revolutionised the game in many ways from, the player care, the nutrition, off-field aspects and even the way British football is played and perceived, which leads us to the next point.

When speaking about his time at Arsenal FC, Arsene Wenger referred to it as his “Life Work”. He has been dedicated and committed to this single club for 22 years and he will be three months short of 69 when he leaves, the changes he has made did not come overnight, it has taken him a “lifetime”, but as he walks away this year he will look back on the British sport that he has helped to shape, and will see that he has become the measurement of success that all who come after him will be judged according to.

This is a very important lesson for us as Muslims trying to make a difference in today’s world. It requires dedication and patience, remaining in one place and using that as a platform for change rather than jumping from one area to another whilst seeking to have our hands in everything, all at once. In order for the tree to provide fruit and oxygen it needs to first attain stability through deep roots. Would Arsene Wenger have had the same impact had he sought glory and status in his earlier years by taking up positions in larger and wealthier clubs? No. Oftentimes it is not about the size or status of the infrastructure and the amount of resources made available, it is about the men within the infrastructures and how the resources available are used, regardless of amount. The Prophet (sall Allāhu ʿalayhi wa sallam) and his companions did not have the grand infrastructures and resources that we as an ummah now own. Their masājid were made of palm tree leaves and earth, but they were inhabited by men of aspirations and dedication and so they achieved goals and victories that we can only ever dream of.

We can learn from this man a lesson which is of great importance in our current age of ever-shifting paradigms and opinions: to stick to our God-given principles. Wenger stuck to his personal opinions and philosophy and made an impact through time by doing so. Critics may talk of how little he won over his final years but perhaps this could be down to the fact that he did not agree with spending the great amounts that have been spent by other managers in the field. He chose principles over glory and at the end of his run he is being celebrated and praised.

“Critics argue that Arsenal would win more trophies if his team were more direct and he placed less emphasis on youth. But that steely determination to achieve while staying loyal to his principles has become more entrenched as time has gone on.”[7]

We as Muslims have God-given principles; the changes in society should not be a justification to give up our principles and identity. Though we may be strongly critiqued and perhaps even abused along the way, at the end of the road we will be the celebrated party in the Dunya before the Ākhira.

The change Arsene Wenger effected was a gradual change. Trophies may have come swiftly but that was not where the real impact he made was felt. The impact he had in changing the philosophy of the game, the infrastructure at Arsenal and the player development tactics in England took almost a decade to come to fruition. Similarly, the real underlying change and impact we have will be seen gradually – quick change does not last. Short term glory and gratification is easily achievable, but sustainable long-term development is not. As an ummah we should be a nation of long term strategies and development, as was famously said, “The realities of today are the dreams of yesterday, and the dreams of today will be the realities of tomorrow.” The Prophet (sall Allāhu ʿalayhi wa sallam) likened the believer to a palm tree, as the palm tree is sturdy and hardly ever loses its leaves, regardless of how vigorously it is shaken. We have our principles; we simply need to develop from them long term strategies of change and social revolution.

With the end of Arsene Wenger’s era in sight, even his staunchest of rivals are showering him with praise and expressing gratitude. Initial acceptance is not a sign of success, success is measured by input, results and impact, and no impact worthy of mention has come about quickly.

I conclude by quoting another manager who is currently seen as a fresh wave in a sea of stagnant waters, Jurgen Klopp.

“It is really rare in football that you win as an individual, an individual trophy, because it’s a team game.”

Principles relevant in sports are often relevant across all aspects of life, we as a nation will not achieve success until we come together as a team, united by our common causes, accepting one another even with our differences.

May Allāh gift Arsene Wenger with the greatest trophy of all, Islām and guidance. Āmīn

[1] Narrated by Tirmidhi, Ibn Majah & others