What’s the real meaning of Islām? 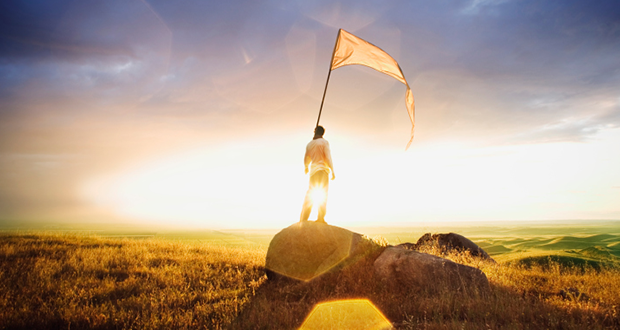 Islām:  a word we hear so often, yet fail to recognise the essence of what it really means. Whichever way one looks at the question posed, there is a dilemma. If we say Islām means peace, then why does Islām permit the use of force in certain instances (as do most religions and ideologies)? And if we say that Islām means submission, then why should man submit himself to something even though we live in an era of freedom and liberation?

The meaning of Islām

When trying to understand the meaning of a word in Arabic, one should look to its etymology as well as the understood meaning from its derived form. The majority of words found in the Arabic language are derived from three basic letters, otherwise known as the ‘three radicals’ (in Arabic: jidhr). It is from these root letters that many words can be derived (in Arabic: mushtaqqāt). For example, the following words all are derived from the same root k t b: kitāb (book), kātib (writer), maktūb (something written), kitābah (writing), and so on.

These three letters form the basic verb salima, which means: “He was, or became safe, or secure, or he escaped, منالآفات (from evils[1] of any kind)…”[2] The verbal noun for this verb is salāmah or salām. Ibn Manẓūr stated that it conveys the meaning barā’ah (freedom from something).[3] Al-Aṣfahāni stated that it means to be free from ‘inward and outward harms and blemishes, as Allāh says: “The Day when there will not benefit [anyone] wealth or children, but only one who comes to Allāh with a sound (salīm) heart.” (26:88-89) i.e. free from defectiveness from the inward perspective. As for the outward perspective: “He (i.e. Mūsa) said, “He says, ‘It is a cow neither trained to plow the earth nor to irrigate the field, one free from fault (musallamah) with no spot upon her.’” (2:71)[4] The definition offered by Lane is not at variance with what Ibn Manẓūr or Aṣfahāni stated since being ‘safe or secure’ in essence means being free from harm or defects. This is further backed by the ḥadīth: Abū Mūsa Al-Ash’ari (May Allāh be pleased with him) reported: I asked the Messenger of Allāh (sallAllāhu ‘alayhi wasallam): “Who is the most excellent among the Muslims?” He said, “One from whose tongue and hands the other Muslims are free (salima).”[5] As for peace which is opposed to war, then that is called silm in Arabic.[6]

The idea of peace which is commonly attributed to the word Islām is taken from this understanding. Peace according to the Oxford dictionary of English is:

1.Freedom from disturbance; tranquility: he just wanted to drink a few beers in peace”

2. A state or period in which there is no war or a war has ended: the Straits were to be open to warships in time of peace.[7]

The common phrase that a person is ‘at peace’ is used to describe a person who is free from anxiety or distress or a person who is dead and therefore free from the difficulties of life. Therefore, it is evident that the underlying meaning of peace revolves around the idea of being free from something.

When the concept of ‘peace’ is attributed to Islām, it is usually done so on the premise that its root letters suggest that meaning. However, it is important to note the following:

The meaning of Islām as derivative.

Islām is the verbal noun for the verb أسلم aslama which shares a similar meaning to another form of the verb: سلّم sallama which means to submit and surrender. Aslama also has the meaning of resigning and to come to accept, which is what the word istaslama conveys as well. Ibn Manẓūr states: “Islām & Istislām[8] both mean total submission (inqiyād). Islām according to the sharī’ah means to manifest total submission and obedience as well as manifest the sharī’ah and adhere to the teachings of the Prophet (sallAllāhu ‘alayhi wasallam)…”[9]

As has been already stated, the root meaning; salima implies being free from something. Is this meaning also present in the word Islām? Since Islām expresses total submission, it therefore implies freeing oneself from all matters that would tarnish one’s submission to Allāh (subhānahu wa ta’ālā). Thus, Ibn Bashshār said: “There are two views as to what the word muslim means: One view is that he is the one who submits totally (mustaslim) to Allāh and the other view is that he is the one who renders his worship purely for Allāh…”[10] thereby freeing his worship from being directed to any other object of worship. This meaning can be found in the following verse: “Allāh presents an example: a slave owned by quarreling partners and another belonging exclusively (salaman) to one man – are they equal in comparison? Praise be to Allāh! But most of them do not know.” (39:29).

The consequences of knowing what Islām really means

Servitude, submission and enslavement are all apparent antonyms for many values that people stand for today in the modern world that we live in. Much of our recent history has been tarnished by the slave trade and exploitation of theocracies to usurp the wealth and rights of the vulnerable. Could servitude and submission ever be viewed in a positive way? Man cannot deny that to a certain extent, all are submissive to certain laws, such as the natural laws of the universe. Allāh says:

“So is it other than the religion of Allāh they desire, while to Him have submitted (aslama) all those within the heavens and earth, willingly or by compulsion[11], and to Him they will be returned?” (3:83)

However, there are also those laws that man consciously chooses to adhere to, whether those laws are man-made or divine. When man chooses to live by a way other than the way the Creator legislated for him, disarray and instability take over and the perfect equilibrium that exists elsewhere in the universe disappears.

“Corruption has appeared throughout the land and sea by [reason of] what the hands of people have earned so He may let them taste part of [the consequence of] what they have done that perhaps they will return [to righteousness].” (30:41)

If people had followed the commandments of Allāh (subhānahu wa ta’ālā) with precision, their lives would have been in perfect order like the precise movements of the celestial bodies. However, they chose to abandon his way and so their lives became disordered:

In order to achieve the perfect equilibrium in life the way we witness it in our universe, we must also submit to the decree of our Creator. Allāh (subhānahu wa ta’ālā) says:

“Whoever does righteousness, whether male or female, while he is a believer – We will surely cause him to live a good life, and We will surely give them their reward [in the Hereafter] according to the best of what they used to do.” (16:97)

Submission and humility (tawāḍu’) necessitate one another since submission naturally humbles a person if the submission was sincere. Sincere humility also leads to submission. Therefore, if a person lacks humility or his heart is not capable of carrying such a lofty trait, it makes submission extremely difficult.

Al-Fuḍayl Ibn ‘Iyāḍ (raḥimahullāh) was asked as to what humility really meant and he replied: “It is to submit and surrender to the truth and be lead by it and to accept it regardless of who said it.”[13]

Ibn al-Qayyim in his magnum opus, Madārij as-Sālikīn, discusses this point in some detail. He mentioned that humility towards the religion means to submit to the teachings of the religion in three ways:

These four groups of people are the people of arrogance and pride and to achieve humility is to free oneself from all of those traits.

What Ibn al-Qayyim mentioned many centuries ago is very applicable to today. As a Muslim community in the West we likewise face many matters that challenge our submission to the teachings of the religion.

Whether it is related to our financial dealings, family law, gender relations and so on, we find areas of differences and conflict. For many of us, we do not realise that due to our upbringing in the West we may find it more appealing or suitable to adhere to what is prevalent in our societies rather than to submit to the teachings of Islām. It has to be acknowledged that sometimes our judgments are clouded by the desire to conform to the norms around us. Therefore, if we do not seek to treat this attitude, our submission to Allāh (subhānahu wa ta’ālā) will begin to waver.

[11] Imām aṭ-Ṭabari mentions a number of different views as to how one submits by compulsion. Amongst those views was that: “The compulsive submission of the disbeliever refers to the prostration of his shadow.” (5/550) i.e. the disbeliever has no control as to whether his shadow follows him or not.