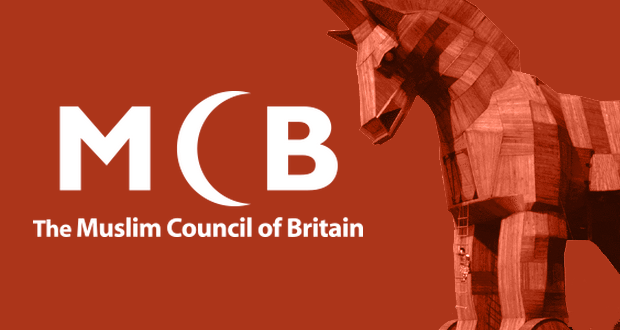 We Need Clarity and Consistency in our Education Standards: British Muslims Respond to the Ofsted Reports of schools in Birmingham

The Muslim Council of Britain (MCB) today noted its serious concern at the conduct and outcome of the Ofsted investigation into state schools in Birmingham.

The investigations were ordered by the Department for Education following the circulation of what is widely believed to be a fake dossier titled “Trojan Horse” outlining a plot of a ‘Muslim takeover of schools’.

These incendiary claims have not been proven, and there is widespread fear that the subsequent investigations have only deepened the problem, not resolved it at all. No extremism has been found, but the slur of extremism remains.

Some of the schools investigated were only recently rated “outstanding” for their academic results and inclusivity. They have now been downgraded to “requiring special measures”, despite achieving improved results and no change in their governance policy.

With Ofsted giving these schools favourable reports in previous years, how have the criteria changed to warrant such a dramatic change? It seems that these schools have now been downgraded on new assessment criteria – preparing pupils “for life in modern Britain”. Many are concerned that this new benchmark is being arbitrarily and inconsistently applied.

The Ofsted report has highlighted issues of governance. If there are irregularities, then of course these should be looked at. But to conflate them with issues of security and extremism is a dangerous approach.

Consistency for all faiths and tendencies

A few weeks ago, the Muslim Council of Britain wrote to Ofsted asking whether all these criteria are being applied to all schools or only those with a large number of Muslim pupils and Muslim run faith schools.

In a letter to Sir Michael Wilshaw, the chief inspector of schools, on 21 May, the Muslim Council of Britain enquired on whether the policy to investigate the effectiveness of schools’ actions “to prevent and tackle discriminatory and derogatory language” is implemented in other schools. The Muslim Council of Britain also asked whether schools are adequately tackling anti-Muslim bigotry given the growing Islamophobia in this country.

We are yet to have an answer on both questions.

The Need for Clarity

Without clarity on whether there is consistency, objectivity and fairness in the Ofsted inspections, there is a strong fear that these reports will be considered the results of a witch-hunt, and that faith and parental involvement will not only be lost in the inspection process, but perhaps the British education system itself.

This whole saga has also been politicised, and we call on both the Department for Education and Ofsted to look into why there have been a drip feed of leaks from the investigation, resulting in further feverish speculation and ultimately hostility against Muslims.

We understand that many of these schools are being downgraded because they are ‘not doing enough to tackle extremism’.

Yet, extremism will not be confronted if Muslims, and their religious practices are considered as, at best, contrary to the values of this country, and at worst, seen as ‘the swamp’ that feeds extremism. When, in supporting the Education Secretary, former Communities Secretary Hazel Blears says that a person going to the mosque five-times-a-day is a sign of extremism (Radio 5 Live, 5 June), then we have a problem.

Over the last few months, the Muslim community has been subjected to ridiculous accusations of extremism. Yet Muslims, part and parcel of British society, have condemned terrorism in the strongest terms, and the extremism that leads people to commit such acts. As we have stated time and again, the causes of terrorism are complex. But there is scant evidence that the education system or the Muslim community are the reasons for why people turn to terrorism.

For the avoidance of any doubt, let us be clear on where the Muslim Council of Britain stands on education in our schools. We call for an inclusive education, and we call for fairness, not favours. We have suggested that accommodating the religious wishes of parents – so long as it conforms to the National Curriculum and where it is feasible – will help schools engage with them.

The primary responsibility of schools is to prepare children for life, assisting them to acquire skills and help them to be successful citizens and professionals. Educational attainment is at the heart of that task.

The schools investigated as part of the so-called Trojan Horse affair had made great strides over the years with some moving from single figure pass rates to some of the best results across the country. Ofsted and the Department for Education need to appreciate that this was possible due to determination and commitment of parents, pupils, teachers and governors. By threatening the life chances of a new generation, the onus is on Ofsted and the DfE to assure parents that the academic progress so hard won will not be thrown away on the back of a dodgy dossier.

Please visit the MCB website for the original press release and further details.

Previous: Ofsted’s slur on the Muslim community of Park View School
Next: What’s the real meaning of Islām?