“What’s wrong with you Afghans?” 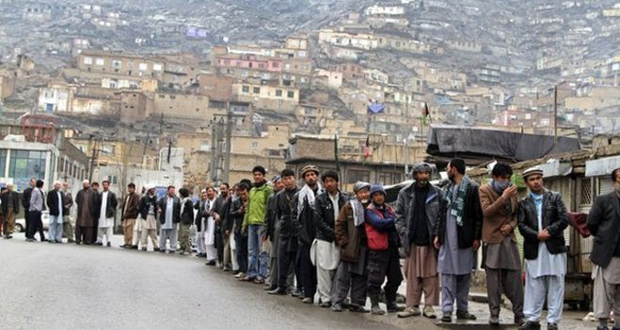 There is a long queue stretching for miles at Torkham, one of the major international border crossings between Pakistan and Afghanistan. Men, women and children are queuing up to get their hands on a visa to Pakistan; many of whom have medical conditions ranging from minor to complex for which treatment is not available in Afghanistan. The Pakistani police officers are shouting and screaming at the frustrated men, women and children. A middle-aged Afghan man is arguing with one of the Pakistani police officers about the time he has spent in the queue and the lack of respect he is shown. He tells the young police officer that there are no good doctors in Afghanistan and he just wants to take his daughter to hospital in Peshawar; the city which is approximately 54 km from the border. The young police officer replies bluntly, “Why didn’t you become a doctor, you are Afghan too. Useless!”

This young police officer was right. He had no sympathy for all the patients who had queued up to get a visa. He has seen these lines day in, day out. It probably annoyed him that Afghanistan—a country that has a population of 33 million, and a territory size of 652,000 square kilometres[1]—has no doctor or hospitals where these patients can go to. He, much like others, saw Afghans as people that are not able, capable or intelligent.

This young police officer was wrong because he is too young to know how and why this man and many like him never became doctors. He doesn’t understand what this man and many in the queue have gone through. He has no idea what it is like to stand in a queue and beg for a visa just so that you can take your beloved daughter, mother and sister to see a doctor. He will never know the shame, the insult and disrespect he has shown to this Afghan man in front of his young daughter. He will not realise how ashamed and hurt this Afghan felt because to an Afghan respect means everything.

The police officer probably was not born on 25th December 1979. A dark night indeed. The night when the brutal and barbaric red army of the Soviet Union invaded Afghanistan. Their machine guns, tanks and helicopters destroyed village after village. No differentiation was made between men, women and children. They were all systematically murdered in cold blood. Some were killed by the air strikes which was given as a collective punishment, those who survived the onslaught then faced the bullets of the red army and those who showed resistance were placed under the cold chains of tanks and crushed into pieces. The animals were not spared either, they too faced a trial of their own. Buildings were bombed and left in ruins. The tall minarets of the mosques were forced to bend their heads and their halls were set alight. Lakes were poisoned.  Nothing was left untouched; every brick of Afghanistan was turned upside down. Schools, madrassas and universities were left in ruins.

The young police officer has no knowledge that the men he is so used to insulting had no childhood; their playgrounds were cleared of weeds and replaced with land mines. Their schools were set alight. Many of their parents were brutally murdered and their land was confiscated. The children of the 70s and 80s had better things to do than worry about school at 9 am. They had to grow overnight and learned to dig graves for the bodies that lay still in the ruins of the mosques. They had to scavenge for food. They had to chase empty bullet shells so they could make a few pennies by selling the scrap metal.

The young police officer does not know that his country too was involved, it too took sides and for its own benefit it worked alongside America to stop the red army crossing into Pakistan. It used Islam to stir the people of Afghanistan, Pakistan, the Arab and Muslim world to come to the rescue of Afghans. They exposed the brutality of the soviets to the world.

On the 15th of February 1989, the soviets had faced a humiliating loss. Its days were over, its union collapsed into pieces and the Berlin wall was being bulldozed. It was over. The world had won, Pakistan had become a hero—America’s hero. The Soviet Union was no more.

A generation had been born and raised in ruins, deprived of food, education and hospitals. The impact of the Soviet invasion was felt severely with over a million people losing their lives,[2] and about 3-4% of the population left with life changing disabilities.[3]

Heads of families, imāms, scholars, doctors, teachers and professors had perished. Young men had taken things into their hands with little or no guidance. Various factions had come to life, controlling different regions. Some got on, whilst others had been so heavily involved in war that their thought processes and objectives had been changed; war had left a scar on society. It had given rise to a population that suffered from physical, mental and psychological problems. Yet the people did not realise as this had become the new norm.

Madrassas, schools, colleges, universities were not about to pop back up out of nowhere. The minarets of the mosques had to be repaired, their heads had to be resurrected, play grounds had to be cleared of the land mines, roads had to be rebuilt. This was not about to happen anytime soon. People were too hungry, empty bullet shells had all been collected and the scrap metal sold. The hunger continued and war was taking place in a different form.

The young officer did not know that not too long before Pakistan was established, the Afghans had their own civilisation. They had fought battles with the British Empire and were victorious. They had peace, they had roads that were built, schools that were buzzing with children; non-attendance was not tolerated and school guards would knock on doors asking why so and so was absent from school. The young officer will never understand the pain the Afghan men feel as they walk into a foreign land knocking the door of one doctor and then the next.

38 years have gone past, the ruins of destroyed soviet tanks are a common site in Afghanistan. Each tank tells a story of its own. No one listens. A new war has begun and it is entering its 17th year. Men are still busy, preparing for the next Janāzah.

The innumerable years of chronic instability and conflict in Afghanistan has formed one of the world’s most complex humanitarian emergencies. The UN Office for the Co-ordination of Humanitarian Affairs estimates that in 2018, 3.3million people will need lifesaving assistance. [4]

The Muslim community should work together on both a political and humanitarian level in order to help alleviate the affairs of the Ummah across the world. Humanitarian actions and the responsibility to help those in need is seen as a religious obligation in Islam. It is one which certainly does not go unnoticed or unpaid in the hereafter.

In addition, one should also help others in order to receive assistance from Allāh the almighty. Imām Ibn al-Qayyim (rahimahullāh) stated that,

“Shaykh al-Islām (Ibn Taymiya) used to race towards the fulfilling of people’s needs very earnestly, because he knew that every time he helped someone else, Allah would help him.” [6]

We ask that Allāh (subḥānahu wa taʿālā) grants all those who were killed unjustly Jannat al-Firdaus and that He brings about much greater good for their people in this world and the next.