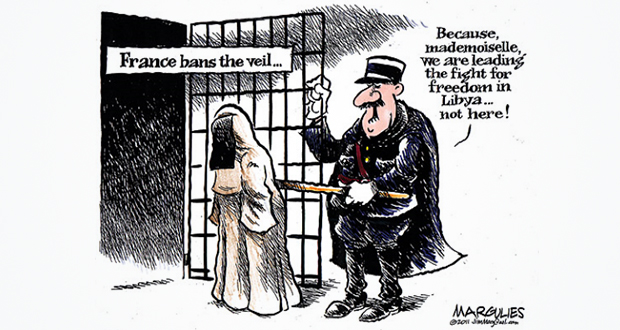 During the year in which permission to fight back was given, the Prophet (sall Allāhu ʿalayhi wa sallam) had led four expeditions and organised four others. It is one of these expeditions that forms our topic of today; later named as “Sarriyatu Nakhla (palm tree)” or the “Sarriyah of ʿAbdullāhi b. Jahsh.”

In the month of Rajab, two years after the Hijra, the Prophet (sall Allāhu ʿalayhi wa sallam) sent the companion ʿAbdullāhi b. Jahsh on a Sarriyah and sent with him another eight men. Before they had set off, not knowing the purpose of their mission, the Prophet (sall Allāhu ʿalayhi wa sallam) gave ʿAbdullāh a letter and commanded him to leave it unopened until he had traveled for two continuous days. He also told him that when you read it, do not force any of the eight men who are with you to continue. The Prophet (sall Allāhu ʿalayhi wa sallam) was sending these men on an undercover mission deep into the territory of the pagans and thus he command them not to open the letter until only after two days worth of travelling had elapsed, so that they do not become dissuaded from traveling the remaining distance.

After traveling for two days, ʿAbdullāh opened the letter and it said the following:

“If you have looked into this letter, then continue traveling until you reach a palm tree which is situated between Mecca and At-Tā’if. When you get there, I want you to spy on the people of Quraish and obtain their information.”[2]

So the purpose of this expedition was not a military one but an investigative one, a potentially life threatening investigate mission, for should they succeed in obtaining information, they will need to get very close to the pagans. Should their cover be blown however, what will nine men do against an entire city?

Upon reading the instructions, the very first words of ʿAbdullāh were:

This was the slogan of the companions and motto in life! The messenger commands and they would obey, he would request and they would fulfil. Thus they were successful. Allāh says:

“The saying of the true believers, when they are called to Allāh and His messenger (i.e. the Qur’ān and Sunnah) to judge between, is that they say: “we hear and we obey” and they are the successful ones.”[3]

Upon displaying his unconditional obedience to the Prophet’s instructions, he turns to the blessed men who had accompanied him and fills them in on the news. He said:

“So whoever of you desires martyrdom so let him come and as for he who dislikes this, let him go back. As for myself, I am off to fulfil the task of the Prophet (sall Allāhu ʿalayhi wa sallam).”

So what was the outcome of this presentation? Not a single one of them stayed behind, may Allāh be pleased with them all. They continued travelling until they reached the stated palm tree and as they rested, a trade caravan belonging to the pagans of Quraish passed by, one that was loaded with food, material and wealth.

The companions held an emergency meeting, for this was a golden opportunity to deliver yet another economic blow to the pagans and to raid this caravan whereby they could reclaim some of the many goods that had been ransacked from them during their time in Makkah! But there was a major obstacle. This happened to be the last day of the month of Rajab and we know that Rajab is one of the four holy months of Islām in which fighting is prohibited! Stuck in two minds, they said to one another:

“If we wait any longer, then this trade caravan will enter the holy city of Makkah and thus we will not be able to raid it. But should we choose to launch an assault, we would have done so in a holy month!”

They hesitated but then agreed that the opportunity is not to be missed. Courageously, the Muslims launched the attack and killed one of the four pagans who were guarding the caravan, ʿAmr b. Hadrami. Another two pagans, ʿUthmān b. ʿAbdilLāh and Al-Hakam b. Kaysan were taken as captives and the fourth managed to escape.

The operation was of seemingly groundbreaking success. The Muslims returned back to Madina, carrying with them the products from the trade caravan, accompanied by the two captives until they approached the Prophet (sall Allāhu ʿalayhi wa sallam). Upon hearing about what happened, the words of the Prophet (sall Allāhu ʿalayhi wa sallam) were not what they expected and they fell onto their ears like a thunderstorm. He said to them:

“I did not command you to fight in the holy month.”

This is the Prophet Muḥammad (sall Allāhu ʿalayhi wa sallam), a man who respected agreements, who upheld sanctities, who was the most faithful of all people.

The Prophet (sall Allāhu ʿalayhi wa sallam) refused to take anything from the products and the hearts of these brave men shattered into pieces. As for Quraish, they would waste no time in taking full advantage of the situation, capitalising on the mistake of the Muslims. They said:

“Muḥammad and his companions have breached the sanctity of the holy month! They shed blood, stole money and have taken captives!”

As you can imagine, this was a very awkward time for the Prophet (sall Allāhu ʿalayhi wa sallam) and the stress was mounting, for the pagan press was almost literally on fire, exploiting the Muslim breach to the very max! The image of Islām was being heavily maligned whilst the fate of ʿAbdullāhi b. Jahsh and his companions was distressingly unclear.

After much suspense, verses of Qur’ān would finally arrive to comment on the matter and to straighten out crooked understandings. Allāh mentions:

“They ask you concerning fighting in the holy Months (i.e. 1st, 7th, 11th and 12th months of the Islamic calendar). Say “Fighting therein is a great sin …”

Yes, the Muslims had committed an error that Allāh described as ‘great’ but the verse does not end here. Rather, Allāh then makes mention of the matters that led up to this mistake which are far worse than what the companions had engaged in. In this, we see the fairness of Allāh. Condemnation is given where due but He would not single out the acts of the Muslims in condemnation but rather placed it within its wider context.

“…but a greater sin with Allāh is to prevent mankind from following the way of Allāh, to disbelieve in Him, to prevent access to Al-Masjid-Al-Haram at Makkah, and to drive out its inhabitants, and Al-Fitnah (driving people out of their faith) is worse than killing!…” [4]

Heart-warming verses that contextualised the entire episode, as if they were being told,

“O pagans! You have been reviling, ransacking, torturing and killing the Muslims for over thirteen years! You have also driven them out of their home city, prevented them from accessing Makkah and actively pushed them to apostate! These matters are far worse than killing! Furthermore, you have been perpetrating these crimes during every holy month of the calendar and within the holy city of Makkah itself! Now, that the Muslims commit a single error, you unjustly exploit it to your advantage and all of a sudden, these four month are very holy and sanctified to you.”

A French court injunction banned a Jesus based clothing advert mimicking Da Vinci’s Last Supper. The display was ruled “a gratuitous and aggressive act of intrusion on people’s innermost beliefs”, by the French judge.[6] As for the cartoons that satirised the Prophet Muḥammad (sall Allāhu ʿalayhi wa sallam) in the most demeaning of ways, the courts of France and Europe were unmoved.

The Daily Telegraph recently published a report with regards to the academic and economic underachievement of “Muslims”,[7] whereas underachievement in other communities is never attributed to their religion, but to deprivation, investment and other societal factors.
Muslims are labelled as discriminatory, regressive, sexist and backward for wishing to segregate between the sexes at university lectures but in March 2014, when 50,000 orthodox Jews demonstrated in New York, men were completely segregated from women and it was described as “keeping to tradition, with men and women in separate groups.”[8]

The use of double standards and fraudulent coverage is as old as mankind. For Allāh said:

“Woe to the defrauders, those who, when they take a measure from people, take in full. But if they give by measure or by weight to them, they cause loss. Do they not think that they will be resurrected? For a tremendous Day – The Day when mankind will stand before the Lord of the worlds?”[9]

As for ʿAbdullāh and the eight brave men who accompanied him, verses were revealed which spoke in their praise and, as for the captives, the Prophet (sall Allāhu ʿalayhi wa sallam) returned one of them back to Makkah. But what about the other? He would remain in Madina as he had embraced Islām. Al-Hakam b. Kaysan would not only embrace Islām but would dedicate his life in service of Islām until he would attain martyrdom in Bi’r Ma’oona! Who would have thought that this could happen?! Who would have imagined that any light could emanate from such an episode?

Regardless of the difficulty at hand and the many odds which Muslims seem to be up against, whether it pertains to their lives, land or image, one must ensure that hopes in Allāh remain sky high, for you and I have absolutely no idea how Allāh plans for and aids His Deen just as He (subḥānahu wa taʿālā) plans for and aids you as a practicing Muslim individual.

Had baby Mūsa (ʿalayhi al-Salām) not been separated from the arms of his mother and united with the turbulent waves of the river Nile, his upbringing would not have been within the palace of the Pharaoh.

As Muslims, both individually and collectively, our affair is just as the poet once said,

“For it may be that the entry to heights and glory are arrived at through the doorways of sorrow.”