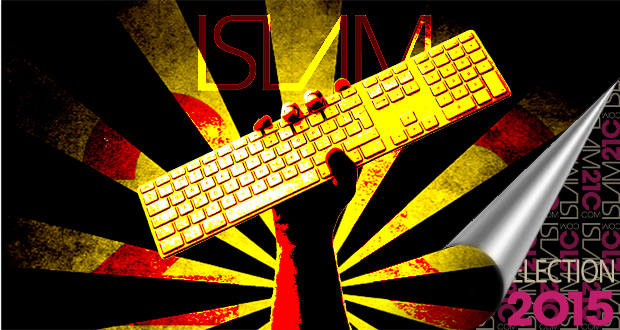 Upon seeing the blued England on the election result maps, many have been covering a sense of woe with jokes about moving to Scotland. On first impression it seems like the politics of hysterical terror-alert fears and immigrant-bashing has won swathes of converts and pushed England and Wales to the right. However, upon further analysis of the results, things do not look quite as bleak.

Overall the Conservative party gained a razor sharp majority of 12 seats, meaning they only got six more than the minimum 325 needed to win—apparently the smallest majority ever—giving them 331 seats in the House of Commons. Most of its gains came from ex-Liberal Democrat constituencies in England and Wales. Labour lost a staggering 40 seats in Scotland to the Scottish National Party (SNP), and gained seven London constituencies among over a dozen others, giving them a total of 232 seats in the Commons. All of the constituencies where Muslims were more than 20% of the population were kept by Labour with a larger margin than in 2010. The Greens and UKIP both got one seat each.

The actual numbers of votes is where it gets interesting. Perhaps the most stark indication of the UK’s antiquated electoral system is that UKIP received 3,881,129 votes in total yet only got one seat, whilst the SNP were given 1,454,436 votes yet won 56 seats. For those who are worried about England shifting towards the right, however, this brings some consolation. If we compare those that voted for the more left-of-centre parties (Labour, Lib Dems and Greens) in England compared to the right wing parties (Conservatives and UKIP) we see only a 44%/56% split, respectively. If we bear in mind that in England the voter turnout was 65.9%, it gives us some hope.

What is so bad about a Tory win?

During their campaigning, the Tories noticeably steered clear of Muslims, instead focussing on Hindu, Sikh and Jewish minorities. Peter Oborne went so far as to say that the “Conservative Party has deliberately turned its back on British Muslims.”[1] The fact that the Tories were able to win without the “Muslim vote” has worried some Muslim commentators who believe that this will inevitably lead to more disengagement and further alienation.

The sensationalised fears of so-called “Islamic extremism” were at the front of prominent conservatives’ campaigns, with Theresa May scaring people further by telling them that a hung parliament would have made Britain vulnerable to a terrorist attack.[2] To add insult to injury her reasoning was that a hung parliament would not be able to pass anti-terror laws to give more powers to MI5 and GCHQ! This was only weeks after her infamous speech warning the wrong types of Muslims that a Conservative government would extend banning orders and investigate “Sharia courts”.[3] However her Labour counterpart Yvette Cooper as usual took her “Shadow Home Secretary” title too literally, mimicking Theresa in trying to score political points with terror;[4] based on the common irrational, jingoistic rhetoric in exchange for rational, empirical evidence-based approaches to the perceived problem of “terrorism”.[5]

The future of society

Muslims are not the only ones afraid of what is to come. Moments after the Tories’ victory was announced there were “demonstrations” (which looked more like riots [6]) outside Whitehall with 15 arrested. Many protests against the ideological austerity plans have been planned for the coming weeks.[7] Many with disabilities or on lower incomes have been calling into radio stations, sometimes in tears,[8] claiming they are actually afraid of what is going to happen to their or their loved ones’ financial assistance.

The debate on austerity—separating ideology from empirical economic data—is raging throughout Europe. All eyes have been on the debate between anti-austerity party Syriza, which won the Greece elections earlier this year, and the European Commission. The seismic success of the anti-austerity SNP in the UK is a chance for the fight within the UK against insulating the wealthy and powerful.

Perhaps the most unbelievable and terrifying result after the election was the appointment of the neocon ideologue, Michael Gove as Justice Secretary![9] Cameron has tasked the former Education Secretary who unremorsefully alienated and infuriated literally millions, namely teachers, and of course Muslims during the Trojan Hoax scandal,[10] to take care of perhaps one of the most unpopular tasks of the new government. He has already begun preparing the pledged repeal of the Human Rights Act,[11] something that is well known to be incompatible with neoconservative ideology.[12] The threat this poses is multiplied by the decapitation of the main opposition party, which is now occupied with the search for a new leader. The Conservative Government’s attempts to strip away the Human Rights Act 1998 reminds me of a saying from Shaykhul Islam, Ibn Taymiyyah (Rahimahullah) who said:

The British establishment would do well to listen to the advise of Ibn Taymiyyah because it’s the erosion of rights such as this which will ultimately inevitably lead to Allah withholding His help and when that happens, then know the decline of the state is ever near.

Many from the general public who are concerned with social justice, welfare and inclusion, have expressed sadness and even despair at the last few days’ events. Some have called the influence of big businesses and the security services on the election a “subversion of democracy”,[13] whilst others have said they are “ashamed to belong to a country that has clearly identified itself as insular, self-absorbed and apparently caring so little for the most vulnerable people among us.”[14]

However, for the Muslims, I cannot help but feel a sense of excitement and opportunity because we recognise the simple fact that Allāh (subḥānahu wa taʿālā) has created this life as a test. When any change happens, especially something as tectonic as this, we should be eager to rise to the challenges and identify the opportunities to come closer to Allāh. It is sad to see many Muslims despairing about the problems of the system – “what good did voting do?” – as though they were expecting that an ʿUmar b. al-Khattāb could have been elected as Prime Minister. It is clear that there are problems and many challenges, but these are all opportunities for us.

The election is only a small part of activism; now the real works starts. The Labour and Lib Dem parties are both going to be searching for new leaders — are we going to play any part in trying to influence that? Internally, Labour are having a conversation about what direction to move in. Although all the evidence points to them having to move to the left to regain the disillusioned social justice and inclusion voters, there are indeed ideologically neoconservative voices calling for a more right-wing, Blairite move.  With such a slim majority on the Tory benches, more marginal voices may be amplified, too.  These are all opportunities for us.

This is why, regardless of who got elected, the real politics will start now, and it does look exciting indeed. We will, inshāAllāh, be filling the gaps in knowledge and understanding by facilitating a discourse with experts, activists and thinkers to capitalise on the opportunities to come. Before the election we published an article laying the foundations for a low-effort, widespread lobbying movement: Rise of the Keyboard Army.[15] Get in touch by emailing [email protected] to register your interest and become part of the movement.

Finally, we must not forget that almost 4 million people did vote for a party that is openly hostile to Muslims, and only Allāh knows how many more are to the right of the Tory party. Xenophobia is on the rise, which thrives on ignorance and the unknown. Muslims need to work particularly hard to bridge the gap of knowledge and understanding between us and the general masses. This is because real-life educational experiences and relationships does to xenophobia and Islamophobia what a ray of light does to a dark room; it illuminates.