Where are the Muslim millionaires? 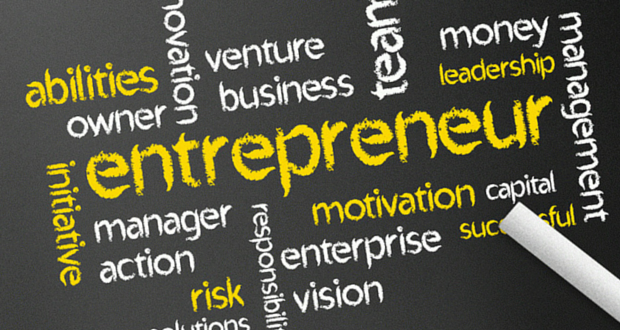 Muslim Entrepreneurship: Its Role in the Movement

Everything needs provision. Whether it be the projects we start, the institutions we run, the family unit we raise and sustain, or life itself. Therefore, the need for finance and entrepreneurialism cannot be underestimated when it comes to achieving equality and promoting justice in the world. Before we explore its role, we must address a number of bad mind-sets within our communities.

I have found, far too often, that brothers and sisters believe “too much wealth” is something to avoid as it can lead to unnecessary fitna and extravagance. This belief reaches such an extent that abundance, which could be used for the aid and support of others, is frowned upon or avoided. It is possible that these beliefs stem from factors such as a lack of vision amongst our communities, or, perhaps, it is a misconstrued conflation of religious piety with being “not rich”.

Regardless, this eventually becomes a mind-set of selfishness. Not only does such an individual allow their nafs to rule over them and enslave them, they also severely limit their ability to invest in their Ākhira (Hereafter) and create the much needed real change that real people so desperately need. In a world where there is so much suffering, because good people do too little, the following āyah should speak volumes:

“And know that your wealth and your children [are] a trial. And that Allāh – with Him [is] a reward great.”[1]

It is hardly the case that people say they will limit themselves to having a few children because ‘children are a fitna’, so why such apprehension with money? In addition, our tradition is full of Sahāba who were extremely affluent, and yet, they would invest it into good causes to promote well-being into the world. At the very most, as with technology, status and knowledge, it amplifies what we currently are. If flaws or problems exist, a lack of wealth or knowledge will not remedy them. If anything, we should ask Allāh for more, to help guide us to goodness through it. After all, the consequence of limiting knowledge or wealth within our communities is that, ultimately, we allow the fitna of oppression to run rampant.

Secondly, I have personally seen fellow Muslims condemning other Muslim entrepreneurs online for using the language of Islām to attract customers. Whilst there is genuine concern if there is no value provided for the customer, those who have created value for themselves and the customer deserve no such censure. This simply needs to stop too. There is nothing wrong in Islām calling people to a greater spiritual journey through the path of entrepreneurialism and business.

In addition, many of us in our communities even associate those who do good work for profit or pay to be either tainted or less honourable than those who do it for free. This is where our common sense completely fails us.

The fact is: the complete opposite is true. Let us assume two people have the same intention to solve the same solution for the sake of Allāh. The person who constructs a system whereby they can conduct this work comfortably, full-time, with the possibility of growth and development, can create circumstances where bigger, positive change is possible over an initiative. This is just common sense.

Of course, at the end of the day, it all comes down to intention; as with everything in a Muslim’s life.

There are so many revolutions that have to occur in the Muslim mind. Its relationship with money and, more broadly rizq (provision), is certainly one of them. It is one of the pivotal ways to change circumstance and the world for the better.

When we speak to most entrepreneurs, they say their profession is about seizing or creating an opportunity in which circumstances are changed to make things “better”. Now, what is understood by “better” is subjective to each individual. “Better” might mean financial freedom, a comfortable home and a decent car and that may be it. It may mean creating opportunities for less fortunate people or community harmony and a better more fruitful society. It may also mean to leverage current resources to protect future profits or political agendas at the collective expense or mutual gain of others. It may also mean feeding that insatiable desire to be important, or creating success and wealth for the sake of creating success and wealth. Again it all comes down to your intention.

As Muslims, we should be acutely aware of what “success” means to us and not just when it comes to the Hereafter. We should frame everything through that lens.

Already though, we can see entrepreneurialism is not just about creating a money making business as is so classically known. Rather, it is something much more profound. It is about creating change and using what a person has to shape one’s life and society to leverage extra-ordinary “betterment”.

How does an entrepreneur do that?

This is where we need to really understand the nature of Rizq. There are only 4 provisions that a human being has to manage in their life. The rest are just derivatives from these fundamental 4. These are Time, Money, People and Ideas.

Most people take what they have and learn to get by whilst they are living towards the end of their life. An entrepreneur knows that he or she can leverage one or more provisions to gain more balance or abundance in facets that they are lacking.

For example, if someone is short on money, but has the right people or ideas, they can leverage that in a strategic way to create more money in their life. This is what a business does. A business is a systemised way of organising the other basic provisions that is designed to maximise the output of money. It can work in the opposite ways too. With enough money and people, you can leverage the amount of time and ideas you need to gain your vision of success, providing a good quality of people.

The only exception is the leverage of time. Unfortunately, unless one can create a time machine, none of us can be entrepreneurs of time, but 3 out of 4 is not doing too bad.

Commanding strong levels of all 3 provisions, puts that person or a people in a situation where they are able to create massive impacts in their lives, other people’s lives and the world at large. As individuals, but more importantly, as communities, we need to get to this level collectively.

What opens up through this paradigm of rizq is that the spirit of entrepreneurship is not just about creating systems to maximise the output of money, but also the right kinds of people and ideas too to help benefit or worsen society, depending on the deliberated aims.

Let me give you some real life examples.

Abdul Sattar Ehdi, the founder of the multi-award winning charity Ehdi International, started with very impoverished beginnings. However, by leveraging his ideas of humanity, he was able to create the full time infrastructure to help all of humanity.

Think tanks utilise money and the right people to generate ideas and information that is useful to society or certain agendas. More recently, we have seen Youtube sensations like The Young Turks and Russell Brand use their money and their ideas to start to influence at least a contingent of people. All of these create some ripple of change that can spread outwards to the world.

So what is an entrepreneur, if not an agent of change?

What are their Practical roles they can play?

I. Fund those who are trying to create justice in our world

One form of support from wealthy entrepreneurs is to fund institutions that are fighting against the Islamophobia Industry. Ultimately Muslim business people must choose between the value of their wealth and value of their basic human and civil rights to be Muslim that are constantly under threat globally.

Undoubtedly, there may be a time when your money is worth little: when you are persecuted for who you are and forced to reject parts of yourself to hold on to your wealth. Even less so, when your life has passed and we will all account for what was done with our wealth. Whilst this is obvious to the most basic of minds, I feel a strong reminder is necessary for 90% of Muslims in the Western world who enjoy so much more comfort than 90% of the world. This also includes the politics and the parties they support, but most immediately, to translate their financial abundance into an organised fightback to the neo-conservatives’ global Islamophobia project.

In addition, the money you give towards those trying to create political equality nationally and internationally, will reduce the long term requirement of charities that deal with human suffering caused by countless wars and manufactured de-stabilisation. This is just good “business” sense for those who want to see a better world, so why aren’t more Muslims doing it?

Perhaps more valuable, are the skills, experience and understanding that experienced business people and entrepreneurs have in abundance but is very much lacking within the activist circles. Activists tend to focus on political and campaign knowhow. However, real organisational infrastructure and strategic management would turn a small collection of experienced, part-time activists into a solid force of campaigners who are able to compete with industry-backed lobbyists, hate-mongers and sociopaths.

III – Create the systems and infrastructure

The biggest impact entrepreneurs could have is by creating infrastructures that will develop and mentor future entrepreneurs and start-ups that progress humanity forward and effectively challenge the current industries of injustice. Not only that, but also create systems that will help organise, upskill and strategically position people and institutions to maximise the benefit in various aspects of society (such as media, politics, think tanks, community and social development, and education).

Over the last few centuries, the industries of injustice have grown so large, that they have dominated the world. The world desperately needs people to rival them to advance humanity towards a more just direction. As technology, social reformations and collaborations are forever evolving, the number of opportunities is vast and un-ending.

Muslim entrepreneurs have a key role in the future of the Ummah and the world at large: by funding those who are currently fighting the good fight and cultivating the next generation of change agents that will undoubtably out-compete the tyrants of industry that dominate today.