Who are the people of regret? 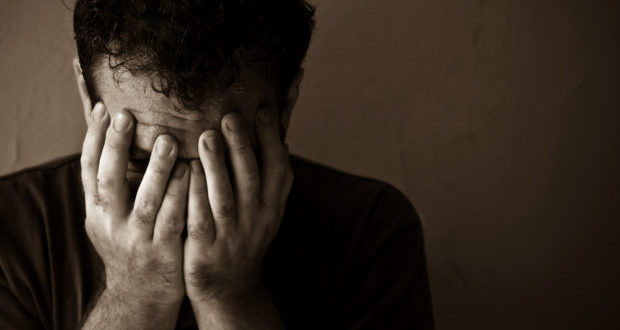 Life as we know it can bring with it all sorts of grief, stress and regret. At times, such stress is due to financial worries, other times it relates to health concerns, whilst at other times its anxiety is due to an enemy that awaits. The grief of this world is of many types and of varying degrees, however, no matter how serious stress becomes, you are very unlikely to see it causing a mother to “forget her baby”, or a “child to go grey” or for “people behaving as if they are drunk”. These descriptions are exclusive to only one specific day of stress and regret. That is the Day of Judgement.

“On the Day you see it every nursing mother will be distracted from her nursling, and every pregnant woman will abort her pregnancy, and you will see the people appearing intoxicated although they are not intoxicated; but the punishment of Allāh is severe.”[1]

A day so intense that it has been described as,

On this day of colossal stress and unimaginable fear, people – in their billions – will only be of two categories.

A group who feel safe, secure and inexplicably at peace. These people singled out Allāh in worship, they tackled every sin of theirs before death and lived a life of preparation for the Day of Allāh’s meeting, thus Allāh said about them,

“Those will have security…”[3]

They are the terrorised and regretful ones, who will be heard screaming out:

“..How great is our regret for not giving it thought!”[5]

A second group will be heard pleading as they lower their heads in shame,

And a third group will be heard screeching

Regret is an incredibly powerful negative emotion that, at times, can become so extreme that, if not managed with īmān, can make a person suicidal. In fact, the Harvard Newsletter tells a story of a man in Liverpool who always chose the same set of lottery numbers. However, one time when he forgot to renew his ticket, his numbers came up. This poor man was so full of self-blame and regret that he committed suicide. Similarly, there will be people who will wish for death on the Day of Judgement as one of its names is ‘Yawmul Hasra’ (The Day of Regret).

What once seemed to be the greatest possible achievement in life will all of a sudden seem on that Day as a regretfully wasted opportunity, for what greater regret can there be in existence than missing out on Allāh’s acceptance and the Paradise that it brings.

With this said, it is essential to realise that the Prophet (sall Allāhu ʿalayhi wa sallam) has explicitly mentioned several matters that will bring about ‘Hasra’ (regret) on that long Day. What follows are a few examples of these matters:

The regret of not giving Sūrat Al-Baqara due attention

When the rewards are distributed to those who had given this Sūrah the focus it deserves, those who fell short will be in a major state of bitter regret. This is because the Prophet (sall Allāhu ʿalayhi wa sallam) said,

“Recite Sūrat Al-Baqara, for taking care of it is a blessing, leaving it will be regret and the magicians are unable to overcome it.”[10]

The regret of participating in any gathering where Allāh was not remembered.

“Whenever a people sit in a gathering without remembering Allāh, then when they leave that gathering it would be as if they had been sat around the corpse of a donkey and that gathering will bring them regret on the Day of Judgement.”[11]

The regret of craving authority and positions of leadership

“You are going to compete over positions of leadership and it will bring with it regret on the Day of Judgement, and so how great is breastfeeding and how difficult is weaning.”[12]

He compares positions of authority to a breastfeeding child who constantly receives his nutrition on a daily basis with minimal effort. Such is the case with positions of authority that bring with them prestige, reputation and wealth. But this does not last forever; in much the same way as the child must be weaned at some point, on the Day of Judgement prestige and wealth will come to a halt and will be replaced with regret for not fulfilling the rights of such a position.

The regret of those whose acts of worship contained hidden elements of showing off.

They had dedicated years upon years of, what they called, worship, Da’wah, Islamic posts and events, which they see on the Day of Judgement in the form of huge mountains but to their horror, they begin to collapse one after the other before their very eyes. That it is because their deeds were filled with holes – holes of showing off, pride, self-admiration and self-promotion – and so they will be met with major surprises, as Allāh said:

“And there will appear to them from Allāh that which they did not expect.” [13]

Imagine being stripped of your long day’s fasts, or your night prayer, or 2000 prayers or so as they are handed over to someone else. Worse still, imagine having transferred onto your scales acts of fornication, alcohol or interest, as you are forced to answer for things that you did not commit. How can this happen to a person? Through his abuse of other people.

“Whoever has wronged his brother in any way, whether in relation to his honour or anything else, then let him seek his forgiveness today before a day comes when there will be no Dinar and Dirham. On that Day, if he has good deeds, they will be subtracted from him and given to that person depending on the size of his wrongdoing, but if his good deeds are not sufficient, he will be made to carry his sins instead.”[14]

This is, in fact, one of the most disturbing realities about the Day of Judgement where you find yourself unable to hand over a single good deed to your mother, father, child, spouse or friend, despite your intense love for them, for you will be just as desperate for every good deed as they are whilst, on the other hand, you will be forced to hand over your good deeds to people whom you had despised, people you had back stabbed, mocked, abused or oppressed in any way. Is this not such a frightening contrast.

This is in reference to a person who was urged week in week out to drop sinful practices, to reshuffle his cards, to refocus his attention on the home of the Hereafter and to create a vision in Dunya that would lead him to Jannah but failed to do so. Such a person will break down in a fit of regret on the Day of Judgement, as they will be heard screaming:

Through these examples we learn that he who turns a blind eye towards his Hereafter will be in excruciating regret. What greater regret in life could exist than a person who may have mocked the blind today, people who are given vision on the day of Judgement whilst he is made to go blind? Or, a person who is made to see his potential home in Jannah with all its luxuries but is then escorted to oblivion instead? Or a person who sees his friends on the Day of Judgement, friends who find no words for him except ‘Didn’t I tell you?’

What do we do? Let us create an action plan based upon what we have learnt, for the opportunity of changing this fast-approaching regret into an opportunity is still open.

The first cause of regret that we mentioned was in relation to the abandoning of Surat Al-Baqara, so create a plan to recite this Sūrah frequently in your house as it evicts Shayṭān from it. Team up with a friend and create a plan to memorise it if you can and set a deadline for yourselves; make an effort to understand every one of its āyāt.

The second cause of regret was in relation to gatherings where Allāh’s name is not mentioned. Create a plan to deal with this by ensuring that you remember Allāh one way or another during every one of your sittings with family, friends or online communications. This could be by offering a passing reminder to stop people in their tracks when backbiting takes places or its likes.

The third cause of regret was regarding those who aspire for positions of authority, particularly when others who are more suited than them are available. Let us deal with this one by, as a general rule, preferring to work behind the scenes, acting as hidden servants of Islām as much as possible, whilst genuinely despising the limelight.

The fourth cause of regret was acts of worship that are filled with holes of showing off. Sincerity is an ongoing struggle for every one of us and so our plan to deal with this potential regret is to monitor our sincerity before every statement or action of ours even more carefully than the diabetic monitor their blood sugar levels. Your hereafter depends upon it.

The fifth cause of regret was the prospect of handing over your good deeds to those you have wronged or receiving their sins. Our plan for this must involve a begging of forgiveness from those we have harmed either with our words, our hands, or our plotting. It is true that it is tough and requires courage, but one thing that you must never donate is your good deeds and so beg for their forgiveness before it is too late.

The sixth cause of regret was related to those who did not use their lives efficiently in preparation for their Hereafter. As wakeful Muslims who fears the regret of the Day of Judgement, you and I must not ‘take each day as it comes’ but must be consciously working towards clearly defined targets for a clearly defined vision. Prepare by brainstorming the talents and resources that Allāh has given you and then, through consultation with family, friends and scholars, endeavour to develop a clear vision regarding your project in Dunya in preparation for the Hereafter.

Moments before he passed away, Sufyān AthThawri was heard saying:

“If you depart to the hereafter without preparing the luggage of piety ..
And on that Day you meet those who have ..
You will regret not having been like them ..
And that you had not prepared as they had”

[9] Bukhārī, on the authority of Abū Huraira

[10] Muslim, on the authority of Abū Umaama

[11] Abū Dāwūd, on the authority of Abū Huraira

[12] Bukhārī, on the authority of ʿĀ’isha

[14] Bukhārī, on the authority of Abū Huraira