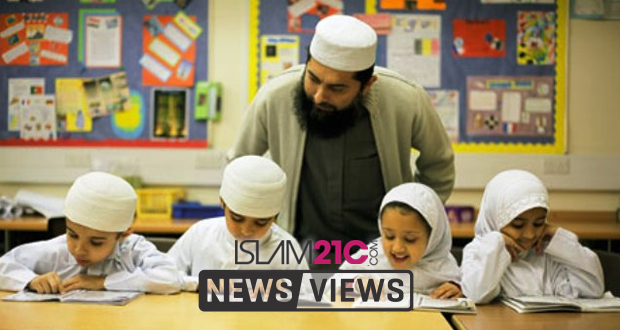 Ofsted is now appealing a ruling made by a high court judge against them last November, in favour of an Islamic faith school in inner-city Birmingham. The court ruled that it was wrong for Ofsted to penalise the school based on their “erroneous view” that the school’s separation of boys and girls is unlawful discrimination.

Mr Justice Jay lifted a ban Ofsted put on Al-Hijrah school after the school advanced a number of grounds for its claim for judicial review. The principle grounds were that Ofsted had acted unlawfully by “changing its mind” about the impact of “segregation”, and that its inspectors were motivated by actual or apparent bias. The judge noted that the school had separated 9-16-year-old boys and girls in the classroom “for a number of years without comment or objection” from Ofsted. The school also contented that segregating on the grounds of sex is not contrary to the Equality Act 2010.[1]

Ofsted’s chief inspector from 2012-2016, Michael Wilshaw, has said that Ofsted will appeal the ruling, saying that he was “disappointed that the court has determined that the practice of completely segregating boys and girls in this publicly funded mixed-sex school does not amount to unlawful discrimination.”

Wilshaw was appointed by the neoconservative Michael Gove when he was education secretary, who repeatedly came under fire for allegedly “politicising Ofsted”. When Wilshaw was appointed, the general secretary of the National Association of Schoolmasters Union of Women Teachers (NASUWT), Chris Keates, complained that Ofsted had become a “political weapon”:[2]

Michael Gove was a founding member of the infamous anti-Muslim think tank Henry Jackson Society (HJS) linked to and funded by extreme Islamophobes from overseas.[3] Professor David Miller remarked in a damning report into the HJS:[4]

Incidentally, Ofsted’s new-found problem with so-called “gender segregation” seems to have coincided with the appointment of Michael Gove’s friend, Wilshaw (whom he praised as a “hero”[5]). Not only that, but as Mr Justice Jay’s published judgement shows, Ofsted attempted to present the benign issue of separating boys and girls—something well established in society regardless of Muslims—as a tool “to reinforce social and cultural stereotypes about the inferiority of the female sex,”[6] in the context of this Muslim faith school.

Commendably, Mr Justice Jay, rejected Ofsted’s argument stating that first of all, boys and girls are both separated, and there was no evidence in this school’s case that it particularly disadvantages girls. But more importantly, the judge apparently rejected Ofsted’s claim—which some would call racist and Islamophobic—that this benign, age old normative Muslim practice is in fact motivated by some kind of secret, malicious intent against women:

“The only basis for holding that segregation between the sexes reinforces notions of inferiority within the female gender is by contending, and then establishing, that this is, in effect, why Islamic schools in particular or faith schools in general carry out the practice. But OFSTED has not made that argument, and there is no evidence to that effect.”

For more information on the Islamophobic spinning of normative Muslim practices such as separating men and women, read:

Segregation and the Useful Idiot Paradigm by Dr Salman Butt

Can you blame Muslims for wanting to segregate? by Shaikh Dr Haitham al-Haddad