Your Family and Prayer 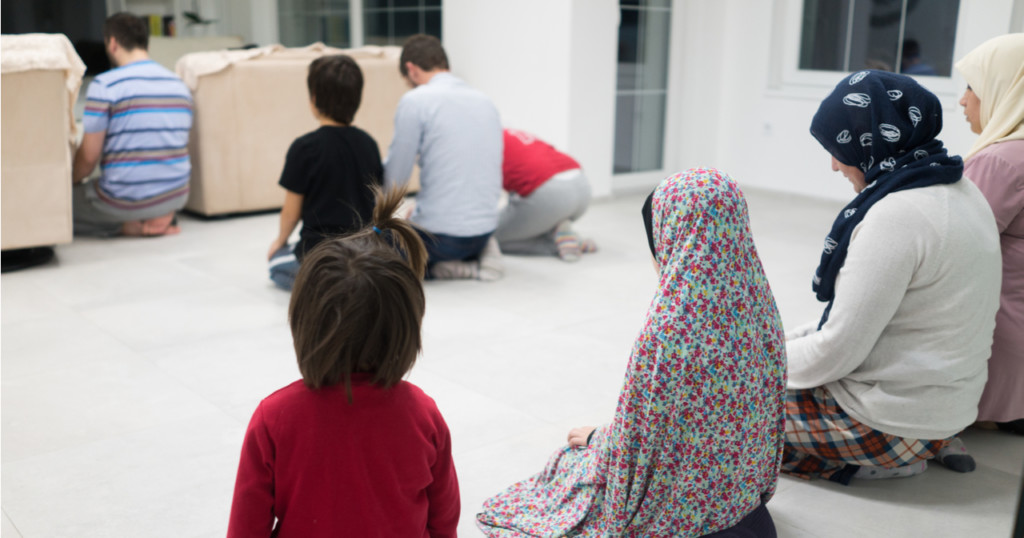 Responsibility is one of the hallmarks of a Muslim. The life of a Muslim is unlike anyone else’s – his responsibilities include those towards Allāh, towards other people, and towards himself. The Prophet Muhammad (sall Allāhu ʿalayhi wa sallam) was very keen to nurture within every Muslim this concept to protect them from being under the impression that it is only themselves that they need to look out for, and therefore he would say:

“Allāh is going to ask each shepherd about his flock, whether he upheld this trust or abused it.” [2]

Whether you are young or old, male or female, married or unmarried, employed or unemployed, you are responsible and shall be asked about that responsibility. One of the greatest responsibilities that sits on our shoulders which will need answers before Allāh on the Day of Reckoning is the responsibility of urging one’s family to pray.

“Enjoin the prayer on your family, and be patient upon it. We do not ask you for provisions, we provide for you, and the outcome will always be for the righteous” [3]

Despite this commandment being given to the Prophet Muhammad, it includes his followers as well. Allāh commands the Muslims to urge their families to hold tightly to the rope of Salāh. Why would anyone want to limit their reward to a single prayer when the opportunity of earning six, seven, or more prayers is there? This is because the Prophet said:

“Whoever guides people to the doing of a good deed will receive the exact same reward of all those who do it.” [4]

This is also the secret why the Prophet said about those who give the Adhān (call to prayer):

“He will be given a copy of the reward of all those who pray that prayer.”[5]

This is because the invitation to pray, to “come to prayer” and to “come to success”, came through him.

Allāh has in fact told us that prophets had attained Allāh’s acceptance because they urged their families to pray, as Allāh said about Isma’il:

“And mention in the Book, Ishmael. Indeed, he was true to his promise, and he was a messenger and a prophet. And he used to enjoin on his people prayer and Zakah, and was to his Lord well-pleasing.”[6]

Who was Prophet Isma’il’s influence in this? It was his father Ibrahim (ʿalayhi al-Salām), whom he had always heard begging Allāh to make his children people who pray. Prophet Ibrahim would say:

“My Lord, make me an establisher of prayer, and from my offspring. Our Lord, and accept my Du’ā.” [7]

Back to the Ayah: “Enjoin the prayer on your family”

What is meant by the term ahl, or family, in the first verse? The most famous opinion is that it is in reference to one’s spouse.

“Then he turned aside to his family” [8]

In both of these contexts, the term “family” is in reference to a wife, and undoubtedly, the greatest responsibility that one has towards anyone is one’s wife.

However, the term ahl also includes other family members, as Allāh said to Lūt:

“Set out with your family during a portion of the night.”[10]

This verse suggests that ahl therefore includes one’s mother, father, brothers, sisters, and the rest of the family.[11]

Going back to the verse of “Enjoin the prayer on your family and be patient on it”, the Arabic word that is usually used to command someone to be patient is “Isbir”. However, the term used in the verse is different: “Istabir”. The linguists of the Arabic language say:

“An addition to the construct of a word indicates addition in meaning.”

Thus, the term “Istabir” gives a greater sense of emphasis on the patience that you need to show when urging your family to pray.[12] Imam Ibn Qayyim said:

“The term “Istibār” is upon the pattern of “Ifti’āl” which gives a greater emphasis on the meaning of patience in reference to a person who practices this so much that patience has become part and parcel of his personality.”[13]

It was essential that Allāh reminded us to be patient on the urging of our families to pray, because it is a daily requirement. Furthermore, some of your family members are deep sleepers, others simply don’t want to get up, others spend most of the night awake, and so the application of this verse is difficult and thus needs patience and determination.

Furthermore, the term “Istabir” teaches us to not rush for results. Do not say ‘I’ve given up, I’ve been urging them to pray for years but they aren’t listening. Till when must I repeat myself’. The answer: “Be patient.”

One of our contemporaries said, “I sieved through the collections of Hadith, as I counted the number of times that the Prophet urged us to pray, explicitly or implicitly, verbally or otherwise, and I was shocked to find that the number was around 60,700 times.” [14] This is what is meant by “be patient”.

Going back to the verse of “And enjoin the prayer on your family, and be patient upon it. We do not ask you for provisions, we provide for you.” Unlike the kings of this world who need their subjects to provide for them, Allāh is not in need of our worship, nor does our worship benefit Him in the least. On a side note, one may ask: “What is the relationship between the two matters of prayer and provisions?”

Imam Ibn Kathīr said in his Tafsīr of this verse:

This simultaneous mention is an indication that the benefits of prayer are not exclusive to the Hereafter but extend into our very lives today on earth. The life of Mariam was a prime example of this; a woman who Allāh was providing for through the most miraculous of ways. Allāh said:

“Every time Zakaria entered upon her in her prayer space, he found with her provisions. He said, ‘O Mariam, where is this from?’ She said, ‘It is from Allāh.’” [16]

Why was Allāh providing for her? The answer is found six verses later, where Allāh says:

“O Mary, worship your Lord devoutly and prostrate and bow with those who bow.” [17]

The Prophet said that Allāh said:

This Hadith is not to be understood as worldly efforts are to be neglected in search for money and provisions. Allāh said:

“When the prayer has finished, disperse within the land and seek from the bounty of Allāh.”[19]

This is why we are taught to say, upon leaving the Masjid:

“My Lord, forgive my sins and open for me the doors of your bounty.”[20]

This is said when making your way in search for your provisions after having fulfilled Allāh’s right. This is a value that must constantly be stressed, for many of us delay our prayers, wander off in our thoughts, rush through the prayer or, worse still, miss it altogether with the excuse of work. Such people must be reminded that the calm, composed, and correct prayer is a means of widening a person’s provisions. Hold onto the Salāh as He has commanded you, and your provisions will come as He has promised you.

How did our predecessors apply this instruction?

The Prophet Muhammad (sall Allāhu ʿalayhi wa sallam), the greatest of all predecessors, would wake up his wives for the voluntary night prayers and would be heard saying:

“Who will wake up the residents of these rooms (i.e. his wives for prayer)?”[21]

If they had not engaged in the night prayer, he would at least wake them up to pray the Witr prayer before Fajr, as our mother ‘Aisha narrated:

“The Messenger of Allāh used to pray in the night and when he finished the Witr prayer he would say to me: ‘O ‘A’isha, get up and observe Witr.’”[22]

He would also urge the children to pray, as Ibn ‘Abbas said:

“I spent a night with my maternal aunt Maimunah. The Prophet came during the evening and asked, ‘Did the boy pray?’ She said, ‘Yes.’ So he laid down.”[23]

He would even urge those children of his that were married and settled elsewhere to pray, as he once knocked the door of the house of his daughter Fatima and son-in-law Ali and said to them:

The companion ‘Umar would pray at night and wake up his family for the last third of the night by saying:

“The prayer, the prayer.”

He would then recite to himself the verse: “And enjoin the prayer on your family, and be patient upon it.”[25]

“I was a guest of Abu Huraira for seven days. Abu Huraira, his wife, and his servant used to divide the night into three parts, alternating between themselves. Each would offer the night prayer and then awaken the other.”[26]

Going back to the Ayah: “And enjoin the prayer on your family, and be patient upon it. We do not ask you for provisions, we provide for you, and the outcome will always be for the righteous.” One of the most effective matters that brings about the love of Salāh within a child is their memory of their parent’s behaviour when the time for Salāh arrives.

The child remembers the memory of how the atmosphere of the home would change, how games and other distractions were immediately limited, how the parents urged everyone to make Wudū and prepare, and how an uninterrupted space for Salāh was made. The command of Allāh would be sensed to have arrived. This creates a sense of awe towards the prayer that never truly leaves the child. Years later, the child will grow into an adult and say, “When the time for prayer arrived, my father/mother would…” This is the example we wish to set forth.

[1] Bukhari and Muslim, on the authority of Ibn ‘Umar

[2] Ibn Hibbān, on the authority of Anas

[4] Muslim, on the authority of Abu Mas’ūd

[12] Other scholars have argued that the command to show patience is in reference to the action of the prayer itself.

[20] Al-Tirmidhi, on the authority of Fatima

[21] Bukhari, on the authority of Umm Salama