The need for guidance in an age of confusion 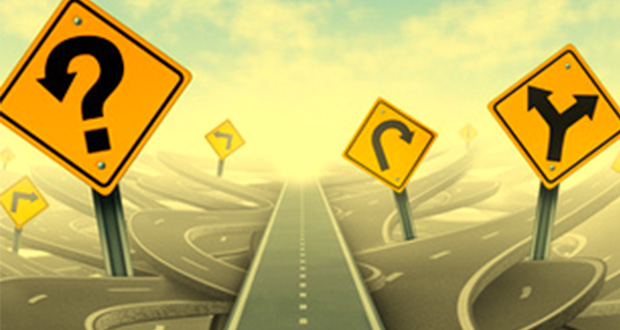 In the age of globalisation and mass media, the promotion and exchange of ideas has never been so easy. Whilst this can lead to a healthy growth in knowledge and wisdom, it can also add to more confusion, especially when falsehood is given a mouthpiece to espouse its views. In fact, the Prophet (sall Allāhu ʿalayhi wa sallam) predicted that towards the end of time ignorance will become prevalent.

“Near the establishment of the Hour there will be days during which knowledge will be taken away (vanish) and general ignorance will spread, and there will be Al-Ḥarj in abundance, and Al-Ḥarj means killing.”[1]

The spread of ignorance is further entrenched by the ignorant not being aware of their ignorance, thus resulting in the worst form of ignorance, al jahl al murakkab (compounded ignorance). Without a shadow of doubt, knowledge is key to removing the state of ignorance, however, a precursor to that is that guidance (hidāyah) from Allāh (subḥānahu wa taʿālā) reaches the person. Sound information alone is not sufficient in removing the state of ignorance, rather the heart must be receptive enough to internalise and benefit from sound information and knowledge. This is where hidāyah or divine guidance plays a role.

The need for guidance is quite evident when we reflect upon the most recited chapter of the Qur’ān, al Fātiḥah or ‘The Opening’. Allāh (subḥānahu wa taʿālā) says:

“Guide us to the straight path.”

This is the only supplication we explicitly mention in the sūrah which should make us question ourselves as to why we have to repeat this supplication so often during the day.  So what exactly is hidāyah or huda?

Lexically, it has the connotation of inclination (imālah). Thus a person who is guided to a matter is naturally inclined to it.

Ibn al Qayyim (raḥimahu Allāhu) mentioned that there are four types of guidance:

1. Guidance that directs a person to what is generally beneficial for him. Allāh (subḥānahu wa taʿālā) said:

He guided each form and creation by directing it towards how to procreate, eat and take shelter. If one was to reflect over the animal kingdom they would easily come to the conclusion that animals have received some form of instruction and guidance as to how to live and fulfill their basic needs.

2. The guidance of Irshād (instruction). This is the guidance whereby a person is shown the right path to take. Whether the person chooses to act upon that guidance is another matter. Thus, Allāh (subḥānahu wa taʿālā) said about the disbelieving people of Thamūd:

“And as for Thamūd, We guided them, but they preferred blindness over guidance, so the thunderbolt of humiliating punishment seized them for what they used to earn.”[3]

“Indeed, you do not guide whom you like, but Allāh guides whom He wills. And He is most knowing of the [rightly] guided.”[4]

“O Allah! I ask You for guidance, piety, chastity and self-sufficiency”[7]

“And admit them to Paradise, which He has made known to them.”[10]

The levels of guidance

Ibn al Qayyim (raḥimahu Allāhu) explained in his magnum opus, ‘Madārij al Sālikīn’,[11] that guidance has a number of stages that need to be surpassed in order for a person to be truly guided:

i. He needs to be guided to knowing what the truth is.

ii. Allāh (subḥānahu wa taʿālā) gives the person the physical capabilities of acting upon it, otherwise he would not have been able to act upon it.

iii. He (subḥānahu wa taʿālā) assists the person in desiring to do the action.

iv. He (subḥānahu wa taʿālā) assists the person in performing the action.

v. He (subḥānahu wa taʿālā) makes the person devoted to the action.

vi. He (subḥānahu wa taʿālā) diverts all impediments and obstacles that would have otherwise prevented the person from doing the action.

vii. He (subḥānahu wa taʿālā) guides the person to the finer details and subtleties of the action.

viii. He (subḥānahu wa taʿālā) makes the person see and witness the intended purpose and goal behind the path he traverses.

In order to be guided by Allāh (subḥānahu wa taʿālā) a person must remove the impediments that prevent reaching a person’s heart such as pride, arrogance and the following of desires. If these impediments exist in a person’s heart, guidance cannot penetrate his heart due to a seal that is on his heart. In addition to that, one must have a fervent desire for the truth and internally acknowledge that the guidance of tawfīq only comes from Allāh (subḥānahu wa taʿālā) and therefore beseech Him (subḥānahu wa taʿālā) for it. And finally, one must resort to the ultimate source of guidance; the Qur’ān, the ultimate Huda (Guidance) and Furqān (Criterion). Upon this point we have to come to the realisation that the Qur’ān is not simply a book that teaches us the do’s and don’ts, but it is a book that shapes our psyche, intellectual make-up, character and spiritual behavior as well. We therefore have to immerse ourselves into the world of the Qur’ān: live it, breathe it and be transformed by it. Only then will we be truly guided.