Why are Muslims constantly the target of Western governments?
Latest 22/08/2022No Comments5 Mins ReadBy Aneesah Rasheed 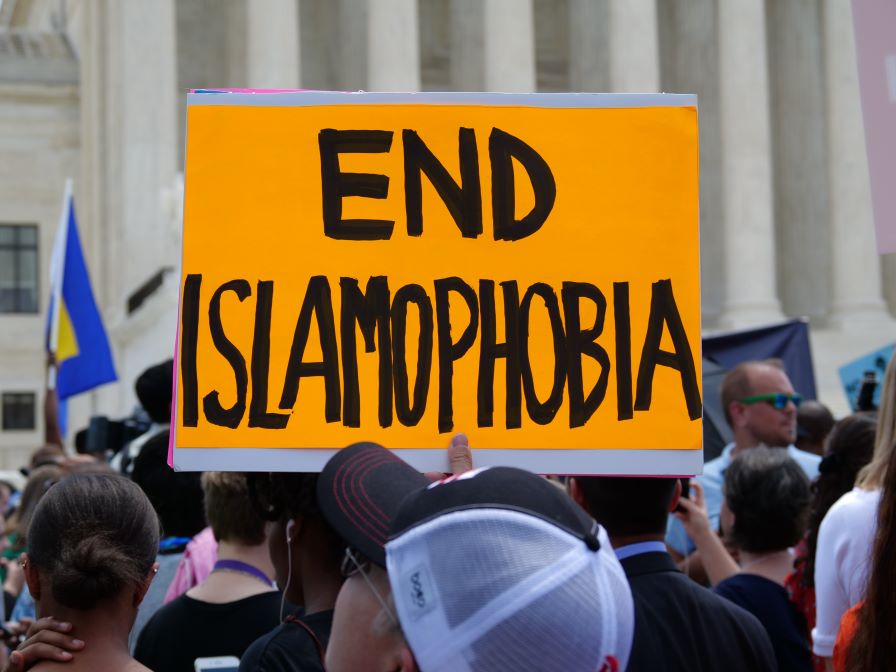 The French government has come under fire from rights groups for “blatant acts of islamophobia”, with its constant targeting of prominent and well respected imams.

Recently the French state reportedly began targeting Imam Hassan Iquioussen, attempting to expel and exile him from the French territory, for what critics have described as him simply exercising his freedom of thought and belief.

Imam Hassan Iquioussen was born and raised in France, and has been an imam for almost three decades, with no record of any criminal convictions. Despite this, the government has attempted to censor him for speaking up on Islamic beliefs and teachings.

The French government has a long standing history of targeting Muslims’ ability to freely practise, with instances such as banning the veil in 2011, hence it comes as no surprise that a few months prior to the attack on Imam Hassan Iquioussen, Ahmada Mmadi was reportedly expelled from France for quoting the Qur’an.[1] However, this is not the first instance of the French government targeting Muslims.

This isn’t surprising, as the French government has made no secret of its continuous efforts to target Muslims, with the French Minister of the Interior, Gerald Musa, openly declaring that, France seeks to ‘spread terror’ against the entire minority. [2]

Nonetheless despite the French state’s attempt to “terrorise” the Muslim population, their tactics have not and will not work. Despite dealing with harassment  online from racists, sexists and Islamophobes, prominent French Muslim figures such as journalist Feiza Ben Mohammad have continued to speak up on the attacks the Muslim minority are facing.

In a series of tweets, Ben Mohamed stated that following her publicly vocalising her support for Imam Hassan Iquioussen, she faced a harassment instigated by the Inter-Ministerial Committee for the Prevention of Delinquency and Radicalization.[3][4]

‘For several hours, I have been subjected to Islamophobic cyberbullying generated by tweets from the CIPDR, a French government body. State resources were used to target me, intimidate me and discredit my work as a journalist.’

‘What displeases the CIDPR is that…I have a critical view of the policy pursued by the government towards its Muslim minority and am able to contradict it factually.’

A similar situation has taken place in the UK, with PM contender Rishi Sunak openly making statements on issues of alleged “extremism” and terrorist activity that seemingly use fearmongering to present Muslims as a threat.

As Miqdad Versi writes in the Guardian,

‘in recent years it appears, that “the most sever threats to the country’s national security feature [is] people planning atrocities linked to extreme right wing ideology”… Unsurprisingly, right wing ideologues have attempted to play down this far right extremist threat and gun for “Islamist extremism”: a label that is deployed indiscriminately by right wing ideologues to smear mainstream Muslims who have no truck with terrorists, but don’t play by the right’s playbook.’ [5]

Sunak has claimed that only 22% of referrals to Prevent and Channel deradicalisation programmes are “Islamists”.[6]  Going one step further, Sunak has also stated, that Prevent should switch its focus back to Muslims, because “Islamists account for 80% of live counter-terror investigations and 68% of all extremists in jails.”[7]

This is the first discrepancy in Sunak’s statements as investigations are not proof of criminal activity especially in a “country committed to the rule of law”.[8] Secondly,  as the above figures show it is Muslims who are being heavily “investigated” under “counter-terrorism”, proving that there is a sustained institutional discrimination against Muslims.  Hence, Muslims are being disproportionately targeted for these investigations.

Moreover, what Sunak has failed to mention, is that out of the 196 terrorism- related arrests made last year, only 55 were charged with a terrorist related offence. In fact, 44 (22%) were released with no charge, 10 (5%) face alternative action and the last 83 (42%) were released “pending further investigation.”[10]

The lack of transparency when referring to alleged terrorism offences can create a narrative that easily marginalises one group. Terrorism laws are not as coherent as we might expect, with some laws citing terrorist offences as holding publications that may be linked to “terrorist organisations”.[11] This becomes increasingly problematic when prominent political figures, such as Rushi Sunak, suggest a link between Islam and alleged terrorism, as it fuels “extremist” assumptions about Muslims.[12]