Imagine: the blessings of Ramadan all year round 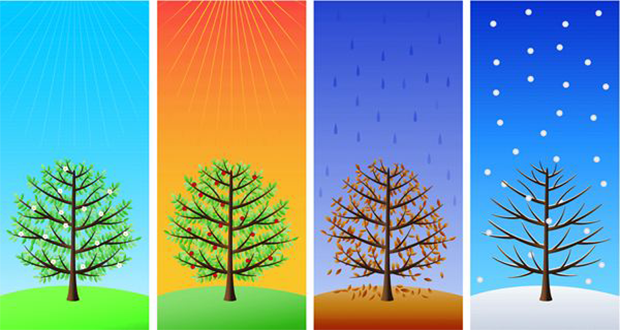 There I was, standing upright in my prayer, listening attentively to the imam’s beautiful recitation with tears rolling down my face from the fear of Allāh and out of hope for Allāh’s mercy. I had forgotten about the ache in my feet as I had been standing in prayer for over an hour now and I had just completed a long day fasting for the sake of Allāh. All that mattered to me then was that Allāh forgives my sins and that the imam continues reciting Allāh’s beautiful and effective words that resonate through the heart.

Just over a month later, here I am struggling to read the Qur’ān even once a day and finding it difficult to pray my sunnah prayers. What happened!? Not only has our worship decreased, but we have also forgotten a very important thing. Have we actually made du’ā to Allāh that He accepts our righteous deeds? If so, do we make this du’ā as often and as profusely as we should?

My brothers and sisters, this is the reality of the majority of us after Ramaḍān and if we really care about our hereafter, then we should stop and contemplate on what made us change, and how we can improve. Of course it is near impossible to maintain the same level of worship that we used to have in Ramaḍān, but we should at least try to improve on last year and come out from Ramaḍān with something that we continue for the rest of our lives.

In Ramaḍān, there were many blessings which are not as common throughout the year, and maybe it was the knowledge of the presence of these blessings that pushed us to work harder. Now that we perceive them to be unavailable, perhaps we are beginning to slack. However, if we look deeper into the Sunnah of the prophet (SallaAllāhu ‘alayhi wasallam) we will realise that many of the blessings that were available in Ramaḍān are actually available throughout the year, so we should jump to this chance and ensure that we take from the rewards that Allāh had made easy for us to grab. Examples of these blessings are: the doors of Jannah being open; the shayātīn being locked up; praying behind the imam until he finishes rewarded like praying the whole night; and fasting the whole month of Ramaḍān with eman and hope of receiving Allāh’s reward causing our sins to be forgiven.

There are many angles that one may take to approach the problem of reduction in worship, and this time I have taken the method of inviting you to do good by showing you the easy paths you can take to receive similar rewards to what you could receive in Ramaḍān. Below is how you can do so.

To get your sins forgiven:

It was narrated by Abū Hurayra, that the prophet (SallaAllāhu ‘alayhi wasallam) said:

“Whosoever says in a day, “SubhānAllāhi wa bihamdih” (Glory be to Allāh and His Praise) 100 times, it removes his sins (between him and Allāh), even if they were like the foam of the sea” [2]

Rewards for praying the whole night:

It was narrated by ‘Uthmān b. ‘Affān, that the prophet (SallaAllāhu ‘alayhi wasallam) said:

To get protection from the Shaytān (Satan):

It was narrated by Abū Hurayra, that the prophet (SallaAllāhu ‘alayhi wasallam) said:

“Whosoever says “Lā ilāha illā Allāh, wahdahū lā sharīka lahu, lahul-mulku wa lahul-hamdu wa huwa ‘alā kulli shay’in qadīr” (There is none worthy of worship but Allāh. He has no partners. For Him is the dominion and praise, and He is able to do all things) every day 100 times, it is like the reward of freeing ten slaves, and 100 good deeds are written for him, and 100 sins are erased from him. And it is a protection for him from the shaytān for that day until night enters. And no one comes with better than what he did, except for someone who does more than it (i.e. someone who says this du’ā and does more deeds on top of it).” [4]

It was narrated by Shaddād b. Aws, that the prophet (SallaAllāhu ‘alayhi wasallam) said:

It is clear from this hadīth that we need to have full faith in its meaning, so for us to believe in it, we need to know what it means. Below is a translation of the supplication, but remember, you will only enter paradise if you are someone who fulfils the five pillars of Islam and doesn’t take partners with Allāh. Let no one think that they can ignore the five pillars of Islam and say this supplication and be entered into paradise!

The supplication is as follows:

“Oh Allāh, you are my Lord, there is none worthy of worship but you. You created me and I am your slave. I keep your covenant and my pledge to you so far as I am able. I seek refuge in you from the evil of what I have done. I admit to your blessings upon me, and I admit to my misdeeds. Forgive me, for there is none who may forgive sins but you.”

Words light on the tongue but heavy on the scales:

It was narrated by Abū Hurayra that the prophet (SallaAllāhu ‘alayhi wasallam) said:

To get a house in paradise:

It was narrated by Umm Habība (the prophet’s wife), that the prophet (SallaAllāhu ‘alayhi wasallam) said:

“There is no slave that prays for Allāh every day 12 rak’āt voluntary, not obligatory (prayers), except that Allāh builds for him a house in paradise.” [7]

There are many more gems or rewards that we can memorise and implement, and we can receive a great reward from Allāh, so please remind us of these gems by mentioning them in the comments.

[1] Reported by Ahmad and Abū Dāwūd

[2] Reported by Bukhāri in the chapter of supplication

[4] Reported by Bukhāri in the chapter the beginning of creation

[6] Reported by Bukhāri in the chapter of supplication