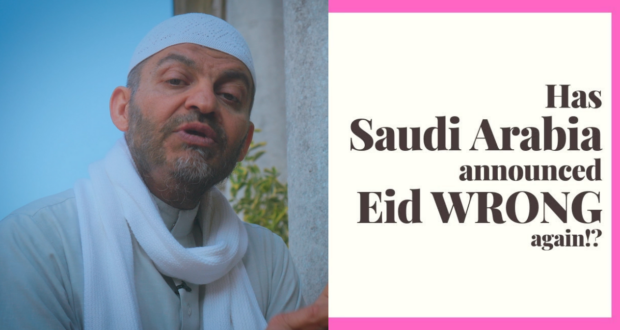 Is the Saudi Arabian Moonsighting for Eid al-Fitr 1440/2019 really absurd?

In recent hours, the debate on who to follow for the announcement of Eid has reared it’s ugly head again! One group says the sighting is fake, impossible and against science, against many other countries and so on. Accusations of political influences and other technical issues the reasoning to reject sightings from Saudi Arabia or any other place in the World. Has an alleged impasse between religious discourse and scientific discourse come to pass?

So what is the reality of this situation? How as the normal lay Muslim should we react to this matter? How as students of Knowledge and scholars deliberating on this issue and involved in this public outpouring should we be acting?

Some invaluable advice and clarifications by Dr. Haitham al-Haddad on this hugely contentious matter, with the hope that all sides can see reason and that the proper adab/manners of differences can be maintained and in general the unity of Muslims can be strengthened.

Previous: More than 30 killed in Sudan crackdown on protests
Next: Ramad-amnesia

Watch out for “Brand Ramadan”