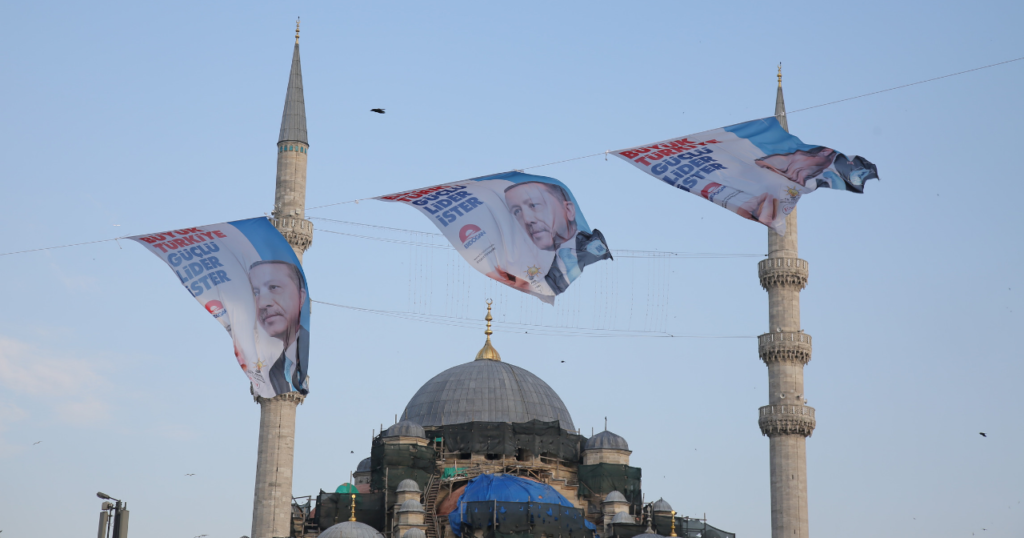 Turkey’s 2019 local elections will take place on Sunday 31st of March 2019. More than 2500 mayors and 20,500 municipal councillors will be elected throughout Turkey’s 81 provinces. The elections have been overshadowed by the economy following last summer’s turbulence of the Turkish Lira. This had, in some part, been due to the brazen imposition of US tariffs and last-minute subversive financial speculation and international interventions, seeking, according to the President of Turkey, to destabilise the economy ahead of the elections.[1]

The both overt and clandestine attacks on the Muslim AK Party are nothing new, either on the part of the Middle Eastern despots who openly supported the plotters, or the western nations who hosted them.[2] What may be more sinister is whether the Turkish economy is actually suffering to the extent alleged by the AK Party’s internal opponents, scrambling for alliances with pocket-sized secularist parties or indeed western media corporations. Whilst flustered journalists and politicians try to blight the Turkish voter from the AK Party’s 19-year transformative and revolutionary contribution on top of the scrambles left by the Kemalists of old, below are the facts to set the record straight.

Whilst in 2018 the Turkish economy experienced sharp fluctuations in the exchange rate of its Lira against the US dollar, in the same year it achieved the largest economic growth in the world, accounting to some 7%. The plethora of headlines in 2018-2019 surrounding Turkey’s economy have focused on inflation, economic devaluation and rising prices in the same year the Turkish economy has managed to maintain rapid growth, rising wages and a declining foreign trade deficit.

During 2018, inflation reached 25.24%. An all but expected outcome to the US’s doubling of tariffs on some of Turkey’s largest exports, deliberately accelerating the fall of the currency of its NATO ally.[3]  By the end of the year, Turkey had salvaged its inflation to 20.3%, reshaping itself to exhibit lesser dependence on the temperamental US administration, prone to political outbursts. By the end of the financial year it was down to 19.5%. Turkish Finance Minister Berat al-Bayrak has indicated that he expects inflation to continue falling to as little as 10% in September.

In 2018, the prices of commodities increased by an average of 16.33% whilst the price of domestic production rose by 27.01%. And whilst unemployment rose to 11%, this was only up 0.1% from 2017 in its most turbulent and targeted year, holding the unemployed at 3,537,000. But rather than sit on its hands, the government swiftly rolled out points of sale run by metropolitan municipalities offering the most vital commodities such as fresh produce. Although scorned at by the AK Party’s opponents as creating a ‘nation of queues’—a rich critique from the tiny IYI party whose creative economic rescue plan includes kicking out vulnerable Syrian refugees[4]—the stalls challenged merchants and large businesses attempting to profiteer from the transient price hike and were acclaimed by the general public, particularly the poorest of Turkey.[5]

In what may indicate increasing economic independence, Turkish foreign exports reached a record high of $168.1 billion in 2018, up 7.1% compared to 2017, according to Turkish Trade Minister Rohasar Bekjan, who also said that imports declined to $223.1 billion, equivalent to 4.6%. Turkey entered the year 2019 by raising the minimum wage by 26%, equivalent to 2020 Liras (around $381) per month, after a similar increase in 2018 by 14%. In the past two months, Turkey managed to cut financing and foreign trade deficits by $10.8 billion, while Central Bank Governor Mourad Chiten Kaya said the bank’s total reserves increased by $4.3 billion in the last week of March to $96.7 billion. In addition to this, the value of Turkish foreign investment reached $6.5 billion last year, according to its Central Bank.

Last week, the Turkish lira fell again against the dollar, touching 5.8 Turkish Liras to the dollar on Friday 22nd of March 2019 and rebounding last Tuesday, recovering most of its losses. Turkish experts are almost conclusive that what is dubbed the ‘economic crisis’ in their nation is more due to political tensions and palpable external threats, directly aimed at Turkey, rather than its economic performance. The drop in the Turkish Lira coinciding with increasing tensions with Washington over several issues was a testimony to this. This is notwithstanding the declining Turkish-US relations over the former’s Russian S-400 missile deal, technology its NATO ally sees Turkey not worthy of; the detention and trial of American Pastor Andrew Brunson; and Donald Trump’s recognition of Israel’s annexation of the Syrian Golan Heights.

In the past year, Turkey’s economy has faced challenges rarely seen in recent years. The problems it suffered in the 1990s were due to the fragility of its very structure. The recent challenges, however cannot but be dwarfed by its remarkable growth of some 133% in the last 16 years, or since the AK Party came to power alongside an average annual growth rate of 5.7%.[6]

So it is not a question of whether Turkey has a viable alternative to the AK Party as its opposition would like us to believe. Nor is it that it has done everything perfectly. It is that this party has really transformed a nation marred by corruption, military rule and pitiful economic conditions to something extraordinary in the economic sphere (besides everything else). Furthermore, it has done so on the ruins left behind by the very ‘coalitions’ that are challenging it today on those very same economic grounds.