Apple lobbies against bill to stop forced labour by China 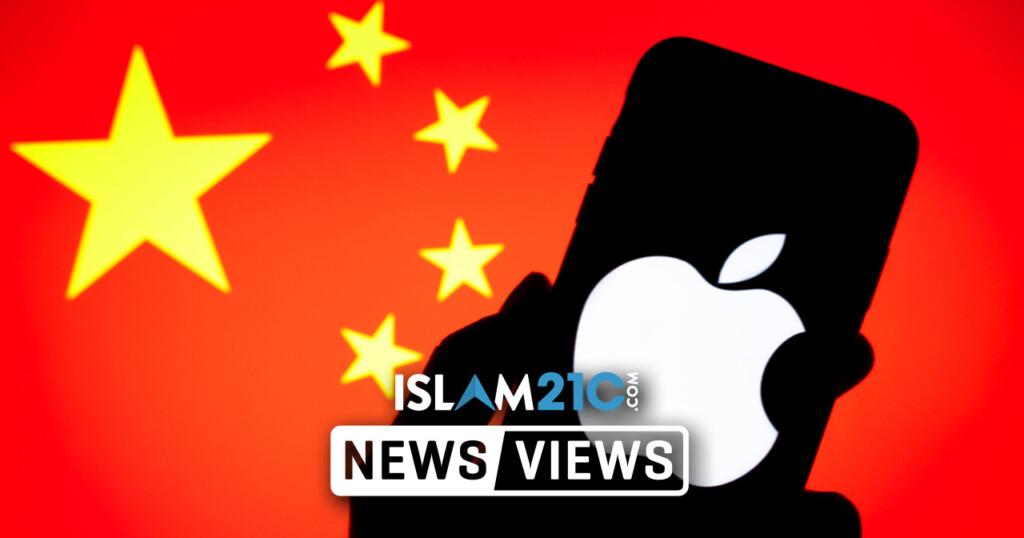 Officially known as the H.R.6210 – Uyghur Forced Labor Prevention Act, the planned law will establish an unprecedented set of restrictions, including the prohibition of certain exports from the region of Xinjiang.

The legislation also imposes sanctions on any companies responsible for any human rights violations in the area. Companies will have to document and guarantee that products have not been made with the use of imprisoned or coerced workers. The US government would then certify this and grant permission to import respective goods from Xinjiang. The bill reads:

“The President shall periodically report to Congress a list of foreign entities and individuals knowingly facilitating (1) the forced labor of Uyghurs, Kazakhs, Kyrgyz, and members of other Muslim minority groups in Xinjiang; and (2) efforts to contravene U.S. laws regarding the importation of forced labor goods from Xinjiang. The President shall impose property-blocking sanctions on the listed individuals and entities and impose visa-blocking sanctions on the listed individuals.”[2]

Originally introduced into the lower house of the US Congress – the House of Representatives – on 11th March 2020, the bill passed on 22nd September 2020 after widespread bipartisan support. The vote – 406 Yeas to 3 Nays – shows the staggering and overwhelming support for the bill, which is a welcome development at a time when the US federal government has unfortunately been traversing a course in trade that does not always take into consideration the rights of vulnerable population groups, not only Uyghurs, but also Kyrgyz and Kazakhs.

The voting result was all the more intriguing given that the Democrats hold the House with a 14-member majority. Thus, the bill would have easily sailed to 50% of votes required, but perhaps somewhat unusually, there was no real resistance from the minority party. Considering the fact that Republican representatives total 197 members in the House, a result of 176 Yeas (89%) from the GOP is no mean feat.[3]

Instead of choosing the perhaps more difficult and long-term approach to strengthening its corporate social responsibility, Apple is setting aside any moral obligations it has as the world’s most highly valued company (with an eye-watering market cap hovering around the $2tn mark) in hopes of building on its existing colossal wealth and profits.[4]

Other large corporations, including Patagonia, Costco, and Coca-Cola, are specifically highlighted in the proposed bill as “directly employing forced labor or sourcing from suppliers that are suspected of using forced labor.” While Apple is not mentioned by name, it clearly understands the implications the bill will have on its production lines, as the majority of its products are made in China. The bill notes:

H.R.6210 builds on the Tariff Act of 1930 (otherwise known as the Smoot-Hawley Tariff Act) by swapping the burden of proof from evidencing the fact that forced labour has been used to that of proving that forced labour was not used. This makes it much harder for large multinationals such as Apple to sidestep their moral and potentially legal obligation towards ensuring human rights are not violated in the manufacturing process of their goods.

Cathy Feingold, director of the International Department at the AFL-CIO, the largest federation of workers’ unions in the US, said:

“What Apple would like is we all just sit and talk and not have any real consequences… They’re shocked because it’s the first time where there could be some actual effective enforceability.”[6]

Apple has released a statement in public support of the proposed legislation, but this in no way means it will not do its utmost behind closed doors to water down the bill.

Josh Rosenstock, an Apple spokesperson, said that the company:

“…is dedicated to ensuring that everyone in our supply chain is treated with dignity and respect. We abhor forced labor and support the goals of the Uyghur Forced Labor Prevention Act. We share the committee’s goal of eradicating forced labor and strengthening U.S. law, and we will continue working with them to achieve that.”

There are two possible routes for Congress to pass H.R.6210 by the end of 2020, and it would undoubtedly be a step in the right direction if it does indeed enter into law.[7]

Share. Facebook Twitter LinkedIn Email Telegram WhatsApp
Previous ArticleA defence for the caricatures depicting the Prophet is a defence for Islamophobia
Next Article “I saw it with my own eyes” – A Letter From Your Uyghur Sisters