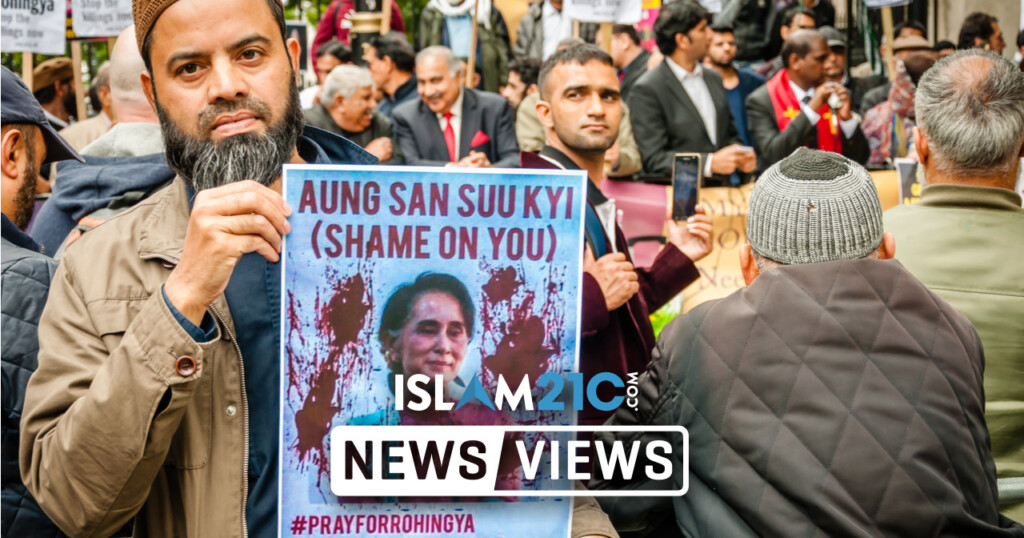 “Out of the frying pan into the fire” – this is precisely the situation the Rohingya people find themselves in.

Myanmar’s de facto leader since April 2016, Aung San Suu Kyi was dramatically deposed from power two days ago and has now been charged with illegally importing electronic devices used for communications, under a vague piece of legislation that has been plentifully used in the past to detain political enemies.[1]

Aung San Suu Kyi, 75, was ousted in a military coup that appeared to be the result of a disgruntled army unable to accept the country’s November 2020 election results, where the ruling party of Myanmar, the National League for Democracy, won a resounding 396 out of 476 parliamentary seats.[2]

Ali Riaz, a Professor at Illinois State University, told Al Jazeera that the 2011 transition from military to civilian government in Burma after half a century of army rule was essentially a facade.

“It was a non-inclusive and repressive system. Suu Kyi’s government was beholden to the military all along with very little scope to manoeuvre on policy issues. However, it was one step away from military autocracy. The coup has put back the clock. What we are witnessing is the regression from hybrid regime to military authoritarianism…”

“Suu Kyi government’s connivance accelerated it further. There is no reason to think the military has any intention to change the course unless there are enough international pressures.”[3]

Trade in and with Myanmar falls under the jurisdiction of a number of pieces of legislation: the Export and Import Law of 2012, the Sea Customs Act of 1878, the Land Customs Act of 1924, and the Tariff Law of 1992.[4] It is unclear which of the laws were used when police filed charges against the notoriously cold-hearted Burmese leader who “didn’t even utter the word ‘Rohingya’” during her four-year rule over the Southeast Asian country. [3]

This latest coup d’état has come at a concerning time, with neighbouring Bangladeshi officials shipping Rohingya refugees by the thousands to the remote island of Bhasan Char, 40 miles off the Bangladeshi mainland. There have been ongoing concerns for their safety as the island is a hotspot for extreme weather, including hurricanes. The Bangladeshi government is reportedly frustrated that the newly installed military rulers of Myanmar may impede on ongoing repatriation efforts.[5]

Today, with the Myanmar military once again at the helm of government, the country returns to a form of leadership it has become accustomed to over the past half-century – stratocracy. This also raises questions as to what will become of the estimated 600,000 Rohingya who remain in the country.

A community leader in the Kutupalong refugee camp located in Cox’s Bazar told Al Jazeera that the Myanmar military killed his family and others from his community whilst Aung San Suu Kyi was in power.

“She remained silent about it. She didn’t even utter the word ‘Rohingya’. Once we used to pray for her success and used to treat her like our queen. But after 2017, we realised her real character… We don’t feel sorry that she [Suu Kyi] is overthrown from power now…” [3]

Over the decades, the army has been ruthless in its genocidal actions towards the largely-Muslim Rohingya people. In 2017, there was international condemnation as villages were burnt to ashes, countless women were raped, and tens of thousands were killed under the pretext of ‘clearance operations’.[6]

In a damning report, the UN laid bare the sheer devastation caused by the Myanmar army towards the Rohingya. The report “includes accounts of women tied by their hair or hands to trees then raped; young children trying to flee burning houses but forced back inside; widespread use of torture with bamboo sticks, cigarettes and hot wax; and landmines placed at the escape routes from villages, killing people as they fled army crackdowns.” [6]

In November 2017, only months after the violent crackdown on the Rohingya in Rakhine State, the Special Representative of the Secretary-General on Sexual Violence in Conflict for the UN, Pramila Patten, visited the refugee camps in Bangladesh where many Rohingya had fled to. In testimony given to the UN Security Council, Patten explained:

“Some witnesses reported women and girls being tied to either a rock or a tree before multiple soldiers literally raped them to death… Many reported having witnessed family members, friends and neighbours being slaughtered in front of them. The two words that echoed across every account I heard were ‘slaughter’ and ‘rape’.”[7]

Myanmar is now led by Commander-in-Chief of the Armed Forces, General Min Aung Hlaing, who has declared himself ‘Chairman of the State Administrative Council’ – a committee formed immediately after he successfully led the recent coup.

General Min Aung Hlaing has never made any attempt to mask his hatred towards the Rohingya. He was infamously quoted in recent years as referring to them as “Bengali” and saying “…the Bengali problem was a long-standing one which has become an unfinished job.”[8]

Moreover, the so-called ‘clearance operations’ of 2017, whereby hundreds of thousands of Rohingya were targeted with “mass extermination”,[9] were specifically undertaken by two light infantry divisions: the 33rd and the 99th. In a Reuters special report, Thaung Wai Oo, a military historian who served as a colonel in the 33rd Light Infantry Division and also served in junior positions in two other light infantry divisions, was asked who was in command over such sections in the Myanmar military. He replied: