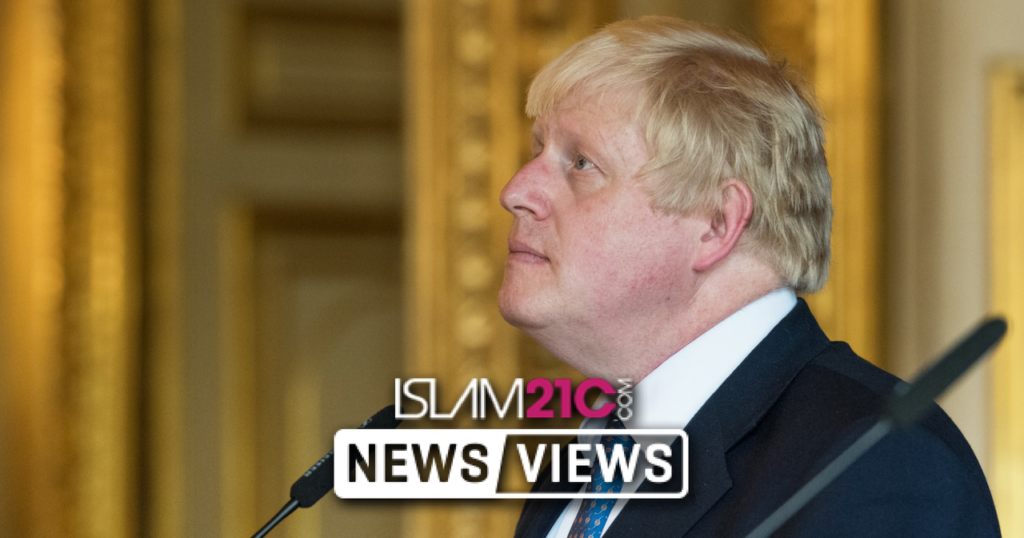 Conservative MP Boris Johnson’s recent remarks likening niqab-wearing Muslim women to “letterboxes” and “bank robbers” have been called out as Islamophobic, as Prime Minister Theresa May demands he apologise.

In his column for The Daily Telegraph, Boris wrote in response to the new niqab ban in Denmark that came into effect on the 1st of August. Last week on Friday, a 28-year-old woman was the first to be fined by Danish police for violating the ban, which carries a penalty of up to 10,000 kroner (equivalent to nearly £1,200) for those who do so repeatedly.[1]

While he was against a Danish-styled total ban on the niqab, he called the religious garment “oppressive” and described it as being “absolutely ridiculous” that people should “go around looking like letter boxes”.[2]

Boris further said that he should be “fully entitled” to request constituents at his MP surgery to remove their niqab and expected the same approach “if a female student turned up at school or at a university lecture looking like a bank robber”.[3]

The former foreign secretary, who resigned from his position in the Cabinet last month due to disagreements with the PM’s Brexit policy, quickly came under fire for his inflammatory comments.

“Muslim women are having their burkas pulled off by thugs in our streets and Boris Johnson’s response is to mock them”.

He also suggested that Boris, who he called a “pound-shop Donald Trump”, was “fanning the flames of Islamophobia to propel his grubby electoral ambitions”.[4]

The Prime Minister has now also backed the calls of the Conservative party chairman Brandon Lewis that Boris apologises for “clearly causing offence”.[5]

Whilst the MP for Uxbridge is infamous for his often controversial and racist remarks, some have pointed out that the timing of this latest statement is what makes it particularly serious.

The Conservatives have recently been confronted with several calls to launch an immediate inquiry to tackle Islamophobia inside the party. Having been initially brought to the spotlight by the Muslim Council of Britain (MCB), many others have also joined in requests for a deeper investigation into the party.

She referred to an article in the Evening Standard by Imam Mohammed Mahmoud, who was hailed for his heroism in response to the Finsbury Park terror attack last year, in which he accused the government of being “in denial of Islamophobia”.[7]

Several social media users criticised Boris for also commenting that he finds “no scriptural authority for the practice in the Qu’ran”, in reference to wearing the niqab.

In response to this, Outreach Director of CAGE, Moazzam Begg tweeted:

Sheikhul Hadith Borisudeen Johnson delivers fatwa saying he finds no evidence for the niqab in the Quran. Based on the esteemed sheikh’s dynamic fiqh Muslims also don’t need to pray 5 times a day. #Boris4GrandMufti https://t.co/0gC8mCUJO8