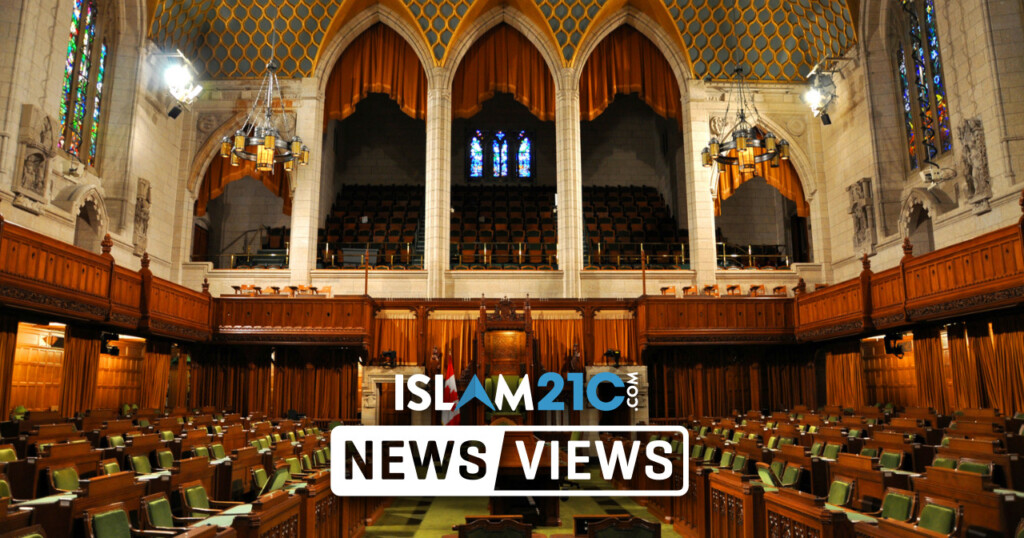 Following a parliamentary vote in its House of Commons, Canada has followed the United States in becoming only the second country in the world to declare the Uyghur issue a matter of genocide. [1]

The non-binding motion brought forward by the opposition Conservative party unanimously passed on Monday by 266-0, with members agreeing that the situation of the Uyghurs in the Chinese province of Xinjiang constitutes genocide. [2]

Prior to the vote, the leader of the Conservatives, Erin O’Toole MP, said the motion was intended to send a “clear and unequivocal signal that we will stand up for human rights and the dignity of human rights, even if it means sacrificing some economic opportunity”. [3]

The Prime Minister, Justin Trudeau, was not present during the vote, nor were various other senior members of the cabinet. However, it is noteworthy that the remaining present Liberal Party members voted in support of the motion.

After the vote, O’Toole expressed his disappointment in the Government’s position, saying, “There is real suffering going on in China. There is a genocide happening… Our values are not for sale. And Mr. Trudeau needed to send that message today and he failed.” [2]

Trudeau has in recent years attempted to carve a delicate line in keeping relations with the world’s second-largest economy cordial whilst attempting to engage in diplomacy where tensions have existed.

Canada’s 23rd Prime Minister now faces renewed pressure from members of his party and that of the opposition to take a tougher line on China. Trudeau was reported as saying prior to the Commons vote that the word genocide was an “extremely loaded” word and that there needed to be further research done in the Muslim-majority province of Xinjiang prior to declaring such an atrocity to be taking place.

By doing so, Trudeau played right into China’s hands, with the Chinese Ambassador to Canada, Cong Peiwu, flatly rejecting the assertion that genocide is occurring in the semi-autonomous region:

“We firmly oppose that because it runs counter to the facts. And it’s like, you know, interfering in our domestic affairs… There’s nothing like genocide happening in Xinjiang at all.” [3]

There has been extensive documentary evidence of systemic rape, sterilisation, and torture of Uyghur women, as well as the arbitrary detention of both men and women. [4] People are being forced to work as slave labour and eat pork in a truly disgusting form of religious abuse. [5] However, this is evidently not sufficient for Canada’s leader to stand up against the Chinese Community Party (CCP) leadership to call out its genocidal actions for what it really is.

In the penultimate days of the Trump administration, the US federal government publicly stated that it believes there is an “ongoing” genocide taking place in China, with Secretary of State Mike Pompeo declaring in a swansong statement:

“I have determined that the PRC [People’s Republic of China], under the direction and control of the CCP, has committed genocide against the predominantly Muslim Uyghurs and other ethnic and religious minority groups in Xinjiang.”

“I believe this genocide is ongoing, and that we are witnessing the systematic attempt to destroy Uyghurs by the Chinese party-state…”

“These crimes are ongoing and include: the arbitrary imprisonment or other severe deprivation of physical liberty of more than one million civilians, forced sterilization, torture of a large number of those arbitrarily detained, forced labor and the imposition of draconian restrictions on freedom of religion or belief, freedom of expression and freedom of movement…” [6]

The UK Parliament has in recent days also attempted to pass a bill declaring the Uyghur issue as being one of genocide, and giving the High Court the power to decide whether countries are committing the same. However, the Government has been twiddling its thumbs and ultimately succeeded in using “parliamentary chicanery” to prevent debate on the amendment. [7]

The Foreign Secretary, Dominic Raab, has been steadily piling on the pressure on the international community, saying during an address to the United Nations Human Rights Council on Monday:

“…we see almost daily reports now that shine a new light on China’s systematic human rights violations perpetrated against Uyghur Muslims and other minorities in Xinjiang. The situation in Xinjiang is beyond the pale. The reported abuses – which include torture, forced labour and forced sterilisation of women – are extreme and they are extensive. They are taking place on an industrial scale. It must be our collective duty to ensure this does not go unanswered. [8]