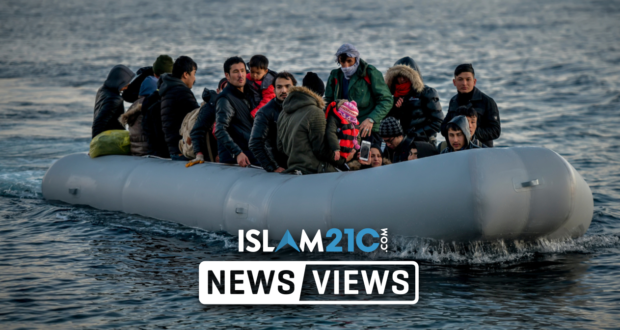 The confirmation of a Covid-19 case has ignited a fear of the impact it could have on the overcrowded and already vulnerable Moria refugee camp in Greece. With a wave of anti-migrant violence already prominent in Lesbos, refugees have been abandoned without food and medical care, leaving them at a higher risk of the deadly impact of the disease. Many doctors and journalists have been attacked because of the anger growing in the local community due to the number of migrants arriving by sea, which has inevitably overcrowded the camp. Anti-migrant violence has seen the arson and destruction of several parts of the camp, such as warehouses stored with food and the schools that the children in the camp attend.

The conditions in the camp have gotten worse within the week, as many NGOs have closed and stopped their services due to safety fears. However, the safety in the camp itself has deteriorated, leaving its people scared for their lives.

“Last week when lots of the services were close, I couldn’t get nappies and I waited to try and get medicine but everything was closed and there wasn’t enough food.”

Sherzad went on to further explain:

“The camp food here is no good, and when I eat badly, I don’t have a lot of milk and my son starts crying as he’s hungry.”

This account of a mother and her child displays the heart-breaking situation these refugees are in.

Médecins San Frontieres (MSF) was one of the organisations that suspended its services in the camp. One of their main concerns is the lack of hygiene in the camp, which is contributing to ongoing health conditions. Mie Terkelsen, a nurse for MSF, said that they keep seeing the same issues of “scabies and lice, things like that, which are because of the bad sanitary conditions.” Terkelsen further said, “I’ve really been impacted…by the situation for unaccompanied minors. I’ve seen thirteen-year-old boys sleeping outside underneath the olive trees with pneumonia.”

There is a great fear amongst many people that a pandemic could break out in a population that is already suffering. Dr Hana Pospisilova, a consultant cardiologist, said:

“I saw many people with respiratory problems and even though it’s cold, it’s winter, we are sending these people back to wet tents in an overcrowded camp. I am worried about a pandemic breaking out. They don’t have hot water, they have to wait hours in the cold for food, they aren’t getting enough vitamins so many have bleeding gums.”

Masoume Rezaieu, 49 years old, takes insulin injections to manage her diabetes. She has been told to refrigerate her medication but has no access to a fridge. Rezaieu said:

“I don’t even know if the insulin is working properly. I haven’t been able to clean the syringe properly so for the past two days I’ve used the same one; I know that’s not healthy. I’ve also lost part of my eyesight in the past month since I arrived here.”

The reduction of services in the camp have caused huge effects on people like Rezaieu who are living there.

Anis Nouri, from Afghanistan, shares her own story of fearing for her safety. Nouri is eight months pregnant and explained how she constantly feels unsafe:

“If I need to go to the toilet in the day, I try and go alone, but I often need the toilet and in the night, I have to take my husband, as I’m scared to otherwise.”

The Moria refugee camp is full of so many stories like these. Medical organisations are overwhelmed, and access to healthcare for asylum seekers in Greece remains more challenging than ever before, especially with the confirmation of Covid-19 in the area. Most importantly, the Greek government removed AMKA (the Greek social security system) for refugees and undocumented people last July. It introduced new legislation in November, which will give all asylum seekers temporary access to healthcare – but this is yet to be implemented.

The humanitarian community continues to be a target of anti-migrant violence. The added concern of Covid-19 will only fuel distrust and anger at the refugees and NGO communities. Even without the added threat of Covid-19, for the thousands of people in the Moria refugee camp, the future is more uncertain than ever.