ECJ rules hijab can be banned in workplaces “under certain conditions” 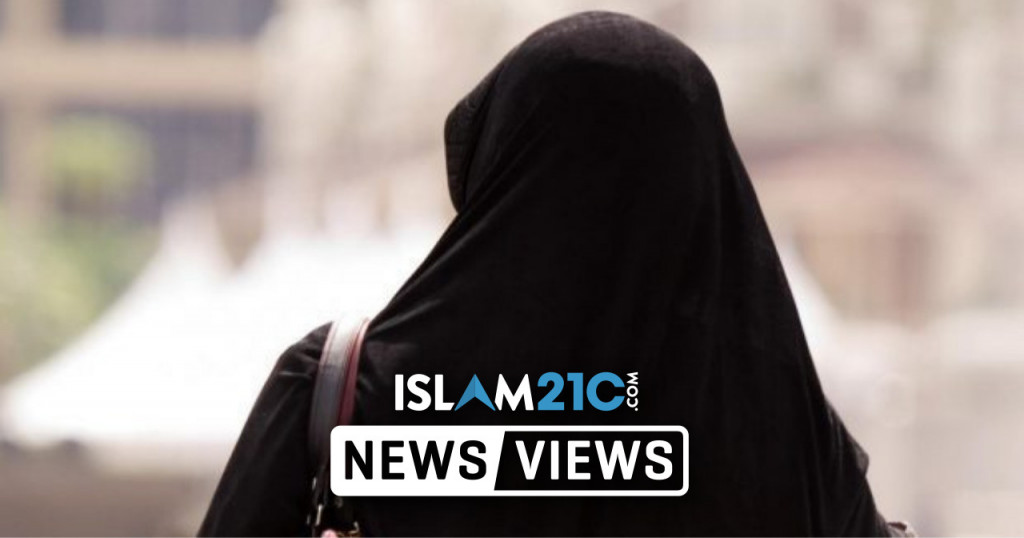 In a major blow to the inalienable right of Muslim women to freely practice their religion, the European Court of Justice (ECJ) – Europe’s highest court – has ruled that private companies have the prerogative to introduce a ban on the hijab in their workplaces. According to the Court, curtailment of religious freedom can in fact be upheld if the companies have a genuine need to present a “neutral image”. [1]

In its summary of Thursday’s arguably discriminatory ruling, the ECJ said the following in a social media post on Twitter:

“A prohibition on wearing any visible form of expression of political, philosophical or religious beliefs in the workplace may be justified by the employer’s need to present a neutral image or to prevent social disputes.” [2]

The Luxembourg-based court came to its decision after deliberating on the interrelated cases of two German Muslim women, who had been suspended from their jobs for donning the Islamic headscarf. One of the two women is a special needs carer at a Hamburg childcare centre, while the other is a cashier at the German drugstore chain Müller. While the two women previously did not don the hijab when they first began their respective roles, they later made the decision to do so. Unfortunately, this change in attire was met with hostility from their employers.

The EU's highest court has today again upheld the right of employers to sack Muslim women from their jobs for wearing the headscarf if justified by notion of "neutrality". The ECJ also seems to admit that this is a form of discrimination 🤷‍♀️ pic.twitter.com/mMwYdJoHwr

Today's ECJ ruling on the hijab is latest in a string upholding companies rights to not employ Muslim women if they think it's bad for their business. ECJ suggests that if customers or clients of a company say they don't want to see Muslim women in such jobs, that is also fine. pic.twitter.com/0KObZvBwJe

The recent ruling has in effect reasserted a 2017 decision rendered by the ECJ, which had been widely criticised for being discriminatory against a number of faith groups. Maryam H’madoun, a member of the Open Society Justice Initiative, expressed her sheer disillusionment with the decision. H’madoun said that the 2017 ruling will facilitate discrimination against people who wish to practise their faith by wearing specific forms of clothing.

“It will lead to Muslim women being discriminated in the workplace, but also Jewish men who wear kippas, Sikh men who wear turbans, people who wear crosses. It affects all of them, but disproportionately Muslim women.” [3]

Antagonism and a lack of religious sensitivity vis-à-vis Muslims has plagued a number of European countries in recent years. The foremost example is the state of France, which in 2004 passed an ultra-secularist law which banned the display of any religious symbols in schools. In France, this statute has caused religious attire such as hijabs and crosses being banned in public places.

In a 2013 Guardian piece, 37-year-old Yetto Souiriy, who is a mother of five, recounted her negative experiences surrounding the topic of the hijab. Souiriy had been barred from attending her son’s school trips in the commune of Montreuil, due to her status as an observant Muslim who wore the hijab.

“France is not like it used to be. When I was a child, there wasn’t a problem. I was born here. I was accepted…France now seems to be stoking a kind of anger against Muslims. You hear of women having their headscarves pulled off at the market. Even parents at my child’s school look at me differently since I was excluded from trips. I had a lot of hope for the left in France, but in terms of discrimination, nothing has changed. Even in shops, I’ve had people say: ‘Take off your headscarf. You’re only wearing it to be aggressive.'” [4]

With the Thursday judgment handed down by the ECJ, the national courts of Germany will now have sole jurisdiction to decide whether discrimination has occurred in the cases of the two German Muslim women. This opens the door to the misuse of legislation, and will likely have detrimental consequences for followers of several religious groups. This is because the court ruling does not only affect Muslims, but also Sikhs and Jews. It is a sign of the EU’s encroaching approach against religion specifically and freedom of expression in general. The disappointing ruling will likely be once again welcomed by extreme groups, such as Germany’s Alternative für Deutschland (AfD) and France’s National Rally (formerly known as the National Front).

Indeed, following the 2017 ECJ ruling, the then Berlin leader of the rightwing AfD political party Georg Pazderski made the following disturbing remark:

“The ECJ’s ruling sends out the right signal, especially for Germany…Of course companies have to be allowed to ban the wearing of headscarves.” [3]