Egyptian Soldiers Execute a Child in Sinai after promising him Safety 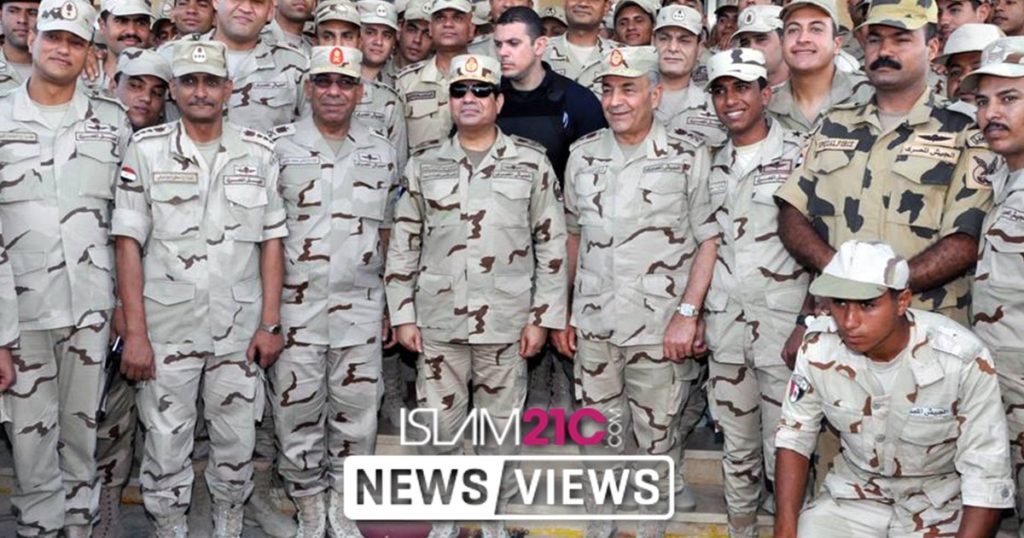 In a shocking reoccurrence, online activists have circulated a video clip purportedly showing members of the Egyptian Army executing a child in cold blood in Sinai. In the video, soldiers speaking with markedly Egyptian dialects and uniforms can be heard shouting at the child “We are not going to kill you, cover him, cover him, do not worry, your dad will come and take you…” before shooting him no less than 10 times. 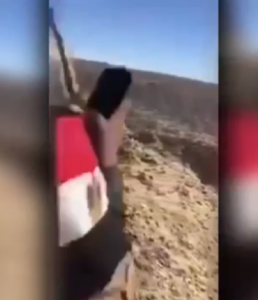 It is not possible to confirm the date it was filmed, nor has an official comment been made by any spokesperson for the Egyptian armed forces of Abdel-Fattah el-Sisi’s coup regime.

Activists have, however, circulated a video statement published by a military spokesman on his official page two months ago, in which he showed what he alleged to be photographs of ‘terrorists’ who were assassinated in the Sinai. Amongst them, according to activists, appears to be the very image of the child murdered in the video above, indicated by his clothing and the cover soldiers wrapped him in before his execution.

A post shared by Sinai Press on Twitter suggested (by following posts of members of the Egyptian Armed Forces), [1]

“A reserve officer named Mohammed Amer has admitted executing the boy who appeared in the video circulated widely, published on social media.”

“Members of the army forces took an arrested young man, forcing him to the ground and whilst blindfolded told him, ‘do not worry, we are not going to kill you.’ The child, whilst crying for his mother was told by the officer, ‘your dad will come and take you’ before being despicably shot him in his head and back.”

“What (extraordinary) shame will history write about the soldiers?! They kill a defenceless child in the Sinai whilst the Israeli Embassy celebrates the Nakba in (Egypt’s) Tahrir Square.”

“I offer to you leaked (demonstration) of disgrace on the Egyptian army, Egyptians, killing a child from the people of North Sinai.”

It is noteworthy that it is not the first time members of the Egyptian army, loyal to the illegal coup ringleader Abdel Fattah el-Sisi, have allegedly exterminated unarmed civilians in Sinai and in Egypt. In April 2017, Amnesty International documented several of the Egyptian army’s extra-judicial field executions in North Sinai.[2] These documented executions are thought to be just a glimpse of a bleak collection of criminality with impunity by soldiers of this ruthless regime, under the guise of ‘fighting terrorism’.[3]

Following the sham Egyptian elections that took place in March in which Sisi was all but the only candidate running for a further term,[4] the British Government raced to congratulate him for his “chance to take Egypt further along the path of democratic transition”, discussing “how the two countries can continue to work together to further Egypt’s economic and education reforms and support its counter-terrorism efforts.”[5] The government’s paradoxical position of supporting Egypt’s alleged democratic transition in light of an active coup regime, and ‘its counter-terrorism efforts’ in light of its summary executions and murders naturally questions whether it has provided Sisi’s illegal regime implicit approval.

Activists have moreover suggested that the video is akin to the crimes of Zionist Occupying forces, specifically Alor Azaria who walks free to a ‘heroes reception’ after murdering a defenceless and immobile Palestinian man.[6]