Erdoğan to Macron: Who are you to propose the reconstruction of Islam? 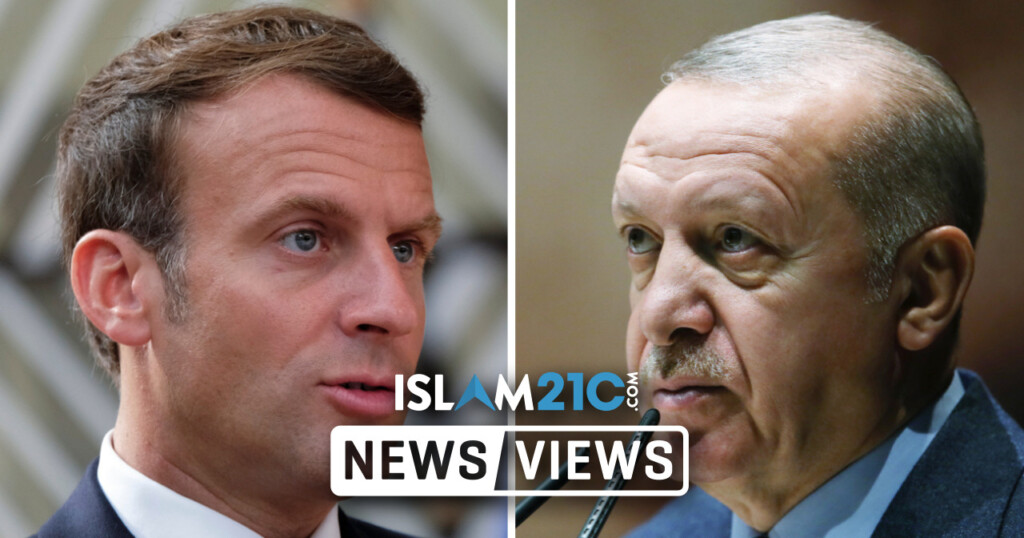 Turkish President Recep Tayyip Erdoğan has admitted that the recent claims by the French President Emmanuel Macron about Islam amount to a dangerous provocation, with President Erdoğan advising Macron to “to pay more attention while talking about issues that he is ignorant about.”[1]

In his address targeting Macron for his anti-Islamic proposal to defend his country’s secular values, President Erdoğan said:

“Have we ever said Christianity, Judaism should be reconstructed? Who are you to propose the reconstruction of Islam?”[2]

Last week, the French leader announced – in an area with a large Muslim population – a controversial plan to combat the so-called “Islamist separatism” in the country, adding that “Islam is a religion that is in crisis all over the world today, we are not just seeing this in our country.”[3]

His statement was met with criticism from Muslims all over the world.

His feeble attempts at destabilising and debilitating Muslims comes after a report revealed that Islam will become the world’s largest religion by 2070, surpassing Christianity with a 73% increase between 2010 and 2050.[4] The same study showing that 10% of Europe’s population would follow Islam by that year – hardly a crisis.

During a speech in the capital city of Ankara, President Erdoğan told a gathering of mosque and religious workers that Macron’s comments were “rude” and “beyond disrespect”.

“Attacking Muslims has become one of the most important tools for European politicians to hide their failure.”

“Some prime ministers and presidents are now resorting to this cheap policy, which was previously used by fascist groups to gain votes.”

“European leaders who are stuck in domestic politics and failed in foreign policy try to cover up their inadequacy by targeting Islam.”

“In fact, Macron wants to hide the crisis that France and French society face by talking about the crisis of the Islamic world. It is understood that with the law combating extremism, the main purpose is not to fight fanaticism but to settle accounts with Islam and Muslims.”[5]

President Erdoğan also urged his French counterpart to act like a responsible statesman and not like a colonial governor.

“In many Western countries, racism and Islamophobia are safeguarded by the state itself.”

“Those who deflect their targets instead of confronting racism and Islamophobia are the ones who harm their societies.”

“The stigmatisation of Muslims — who have been living in the French society for half a century — as ‘separatists’ will lead to great conflicts. Nobody has the right to risk Muslims’ safety of life and property or freedom of belief and worship.”

He also reminded Western politicians of Turkey’s exemplary attitude with respect to rights and freedoms:

“Racism, discrimination and Islamophobia spread like a poison ivy in western countries, which served as the cradle of civilization for long years.”

“Turkey is the biggest opportunity for western countries in the fight against xenophobia, Islamophobia, cultural racism and extremism. Such cities of ours as Istanbul, Hatay and Mardin are the symbols of the culture of coexistence. Western politicians have many lessons to draw from these cities.”

This is the third successive day of anger from Turkey towards Macron’s plan, adding to the growing list of disputes between the leaders of both nations.

Relations between Erdoğan and Macron had recently deteriorated over the latter’s support for Greece in the Eastern Mediterranean row with Ankara.[6]