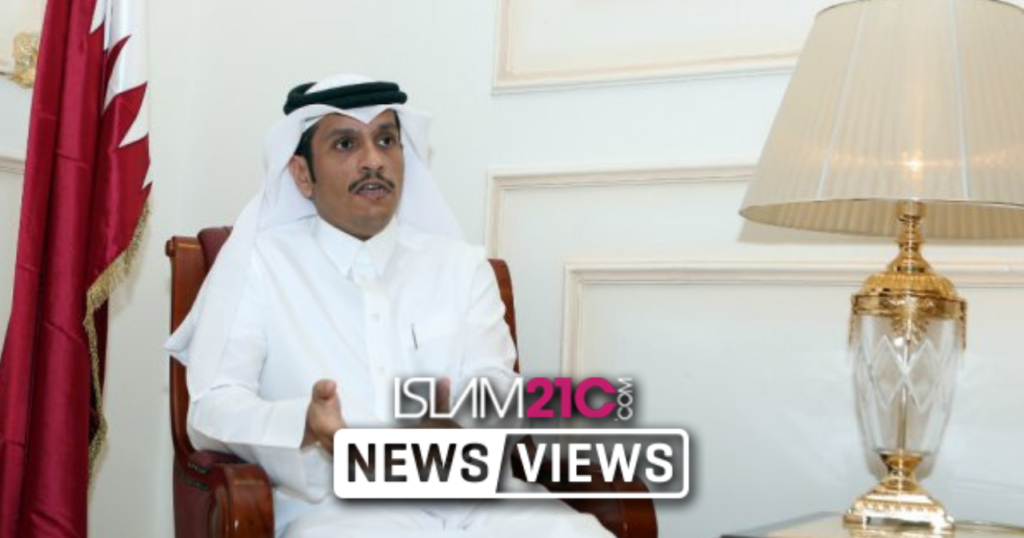 Qatari foreign minister Sheikh Mohammed bin Abdulrahman al-Thani has said that Qatar will not re-establish ties with Syria and that there is no need to reopen its embassy in Damascus.

Al-Thani also said in a press conference on Monday that his government would object to Syria being readmitted to the Arab League.

“Since day one, Qatar had reasons for which it supported suspending [Arab League] membership and those reasons are still there, so we do not see any encouraging factor.”

The foreign minister’s statement comes amid a thaw in the relationship between Syria and other Gulf states, such as the United Arab Emirates (UAE) and Bahrain, and their support for Syria in being readmitted to the Arab League.

The UAE last month reopened its embassy in Damascus and along with its readmission into the League is seen as a major boost to the regime of Bashar al-Assad who, with the help of Russia, Iran and Hezbollah, has been able regain territory that was once liberated by the revolution.

As the Syrian regime inches closer to regaining most liberated territory, Arab states who had previously supported the revolution are keen to reestablish diplomatic ties with Damascus, a move they believe will sway Syria away from the influence of Iran and back into the Arab fold.

The UAE’s allies are expected to follow their lead and Egypt which has maintained diplomatic ties with Damascus is also calling for the Arab and Muslim world to normalise ties with Syria.

Damascus was suspended from the Arab League in 2011 after most Arab states supported the Syrian revolution.