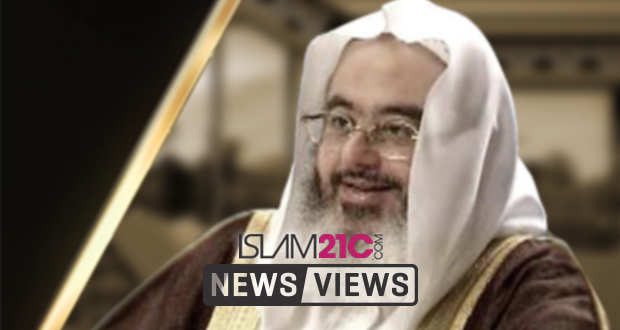 According to the advocacy Twitter page, ‘Mu’taqilī al-Ra’ī‘ or ‘Prisoners of Conscience’, Saudi authorities have arrested the world-renowned scholar of Syrian heritage and Saudi residence, Sheikh Muhammad Saleh al-Munajjid after a systematic social-media campaign against him.[1] The account, which is dedicated to determining those arrested due to their religious or political views inside the Kingdom confirmed the arrest of the Sheikh on the 18th of September 2017.

In recent weeks, Saudi authorities have arrested scores of scholars and activists in what is seen as a significant shift in internal policy led by Crown-Prince Mohammad bin Salman. The measures have been dubbed by some as a precursor to introducing more secular-leaning laws. Sheikh Salman al-Awda, Awad al-Qarni and Ali al-Amri, were also amongst those arrested in a less recent spree.

57-year-old Sheikh al-Munajjid has studied under some of Saudi Arabia’s most celebrated scholars of recent times including Sheikh Muhammad ibn Uthaymeen, Sheikh Abdullah ibn Jibreen, Sheikh Saleh al-Fawzan, Sheikh Nasser al-Albani, and others. He has written over 14 books, and set up the landmark religious verdict website Islamqa.info in 1996, running it until present. He is also the supervisor of eight other Islamic websites under the umbrella Islam.ws, the supervisor of the educational Zad group and delivers countless lectures, sermons and courses.

Saudi activists launched the Arabic Hashtag #arrest_of_Shaikh_Muhammad_Saleh_al-Munajjid, expressing their outrage at the campaign, and their exasperation at the detention of their most esteemed teachers.

Saudi authorities also arrested Sheikh Mohammed al-Barrak, a faculty member at Umm al-Qura University and a member of the Association of Muslim Scholars, as well as Sheikh Mohammed Saleh al-Muqbel, head of the Holy Qur’an Memorization Society in al-Mahnab province, in the southern province of Qassim.

In an interview with the Huffington Post (Arabic), popular social media activist ‘Mujtahid’ said that the arrests by Saudi authorities were “a pre-planned campaign to eliminate political Islam inside Saudi Arabia.” He further pointed out that they are the manifestation of Prince Mohammed bin Salman’s aim to remove the state’s link to Islam, attempting to restrict religious activity to what is done at a personal level and in places of worship.[3]