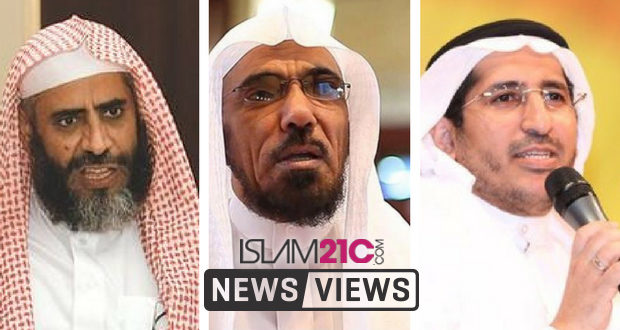 The Association of Sunni Scholars has condemned the mass arrests of scholars, activists and academics by Saudi authorities, at their forefront Sheikh Salman al-Awda and Awad al-Qarni. In a Press Conference held in Istanbul, the Association questioned the role of certain nations that are supposed supporters of the causes of the Muslim World, to later become silencers of those who are known to advocate mainstream, normative Islam.

Other Islamic organisations and groups denounced the arrests, calling upon Saudi authorities to hastily release those detained, with the International Union of Scholars (Itihād ʿUlamā’ al-Muslimīn) calling upon authorities to ‘favour the voice of reason’ and to not embroil scholars in the realm of political disputes. The Moroccan Union and Reform (al-Tawhid wal-Islāh) movement, as well as the Justice and Benevolence (al-ʿAdl wal-Ihsān) movement added their voices to the condemnation, demanding the immediate release of the scholars.

Twitter activists had circulated the Tweet that supposedly resulted in the arrest of Sheikh al-Awda in which he invoked Allah that the ‘hearts (of the politicians) are gathered’, after news emerged of a direct telephone called between the Emir of Qatar, Sheikh Tamim bin Hamad al-Thani and the Crown-Prince Mohammad ibn Salman. The Sheikh believed that the call would trigger reconciliation, only for the crisis to deepen further.[2]

Previous: Muslim countries are “spending billions fighting each other”
Next: We are all Rohingya