In Pictures: Muslims celebrate ‘Eid al-Adhā across the world 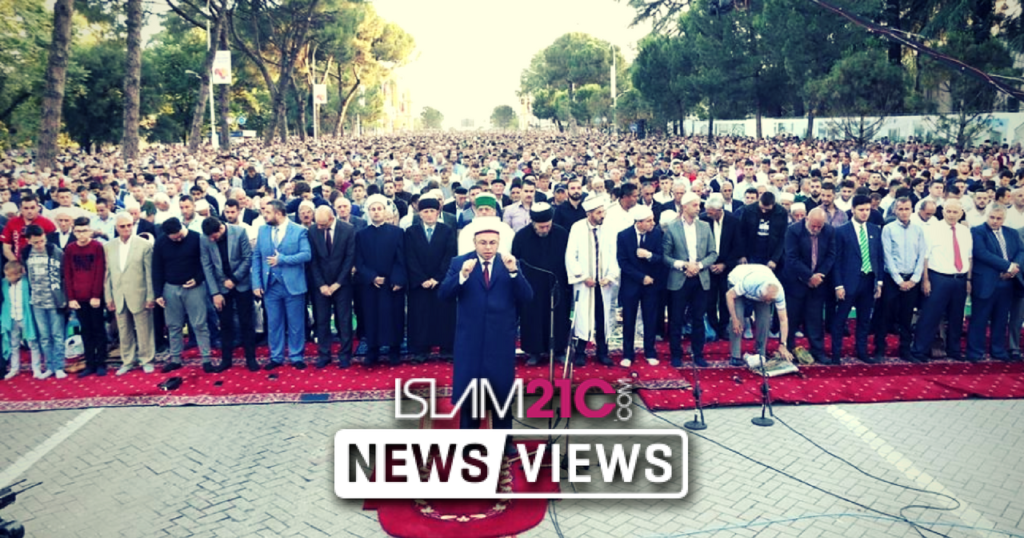 By the will of Allāh (subḥānahu wa taʿālā), Muslims across the world celebrated ‘Eid al-Adhā. It began on the tenth day of Dhul Hijjah in the twelfth month of the Hijri calendar (Islamic Calendar).

The day is marked by carrying out udhiyah which refers to the act of slaughtering an animal (a camel, cow, sheep or goat) for the sake of Allāh on the 10th of Dhul-Hijjah. In fact, ‘Eid al-Adhā, the main festival of Islām, is named as such because of this act. The word udhiyah also refers to the animal either before it is sacrificed or after it is sacrificed. [3]

Muslims across the globe came together at Masjids and open spaces in large number in order to offer the ‘Eid prayer and celebrate the occasion.

The ‘Eid also comes as Muslims across the globe travelled to Hejaz to perform the Hajj. According to the General Authority for Statistics (GASTAT), this year the total number of pilgrims reached 2,371,675 pilgrims, 1,758,722 of whom came from outside Hejaz and 612,953 from within. [4]

We would also like to take this opportunity to thank all of you who have donated generously to support the work of Islam21c. Alḥamdulillāh with the help of Allāh and your support we have almost been able to reach our £10,000 target this Dhul Hijjah. For all those who missed out and have not had the chance you can still contribute! End ‘Eid in the best way and give charity now by making a donation to Islam21c here.