India’s BJP leader: ‘Do not buy from Muslims’ 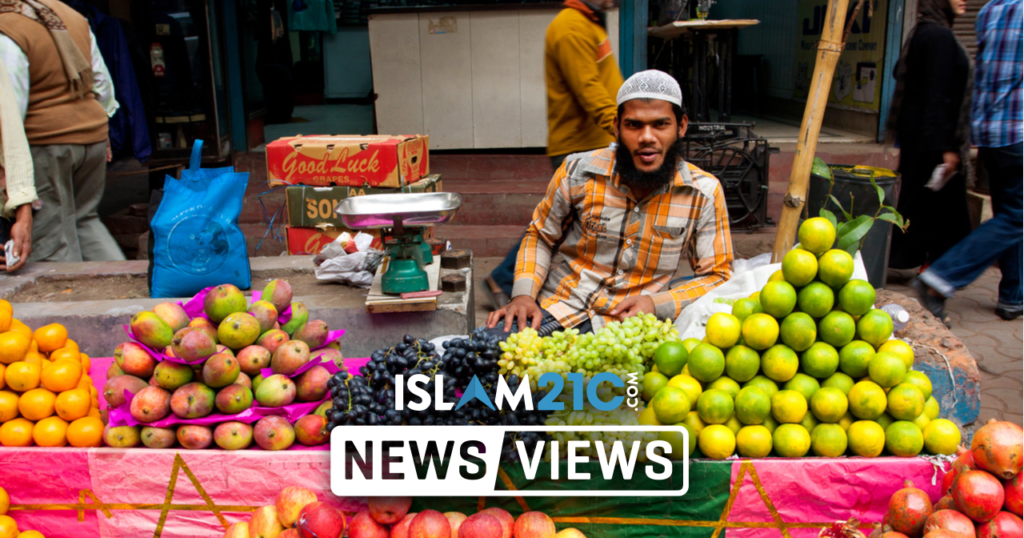 A prominent member of India’s governing party, the BJP, has been filmed warning Indians against buying vegetables from Muslim vendors amid the nationwide COVID-19 lockdown. A defiant Suresh Tiwari, legislator in Deoria town in Uttar Pradesh, defended his comments by saying:

“After hearing complaints that Miyans (a derogatory term for Muslims) were selling vegetables after spitting on them, I advised the people not to purchase vegetables from them and save themselves from the coronavirus…I am a legislator, listening to a complaint. What is wrong in what I said?”[1]

In a short clip widely circulated online, the BJP legislator can be heard saying at a gathering which was also attended by state government officials: “Keep one thing in mind. I am telling everyone openly. There is no need to buy vegetables from ‘Miyans’.”[2]

Following Tiwari’s instruction, there have been several reports of intimidation towards Muslim vendors. One such incident was against a Muslim fruit grocer in Lakhimpur who was surrounded and subsequently accused of spitting on watermelons before selling them. A video of the incident shows the man pleading that he did nothing wrong. A police statement which followed cleared the Muslim merchant of any wrongdoing.[3]

In another incident, a Muslim vegetable seller was assaulted after confirming his name. The video of the incident has since gone viral and shows how another BJP leader, Brij Bhushan Sharan, harassed a Muslim vendor and son, demanding their names.

Initially, the vendor replied “Rajkumar” to which the BJP leader warns him: “Tell me your name correctly, or I will beat you up.” Brij Bhushan Sharan then turns to the boy and threatens to put his father in jail unless the father’s name is revealed. The frightened boy then says “Aziz-ur-Rahman.” The BJP leader then chastises the Muslim vendor and ominously threatens him: “don’t be seen here again”[4]

Tiwari’s comments come as millions of Indian shopkeepers are disproportionately affected by the lockdown with their finances under extreme strain. The spread of the BJP party member’s disgraceful video caused outrage on social media.

As the shock grew, the ruling BJP party had no choice but to ask Tiwari to explain his comments, which may have contravened existing Indian legislation. However, others have pointed out that the police have already ruled out any criminal charges with the following tweet:

“Efforts were made to reach the honourable MLA regarding the video but he could not make himself available. However, after probing the matter, it was found that according to the news circulating on social media the MLA made the statement as an answer to a personal question by one party worker. At the local level, there is no notable reaction to the statement.”[5]

Tiwari’s call for a boycott on Muslim vendors is not isolated. Numerous Hindu nationalist groups have been seen distributing saffron flags to vegetable vendors so as to differentiate them from Muslim vendors.

There have even been reports of areas in New Delhi and Karnataka, Telangana, and Madhya Pradesh putting up notices warning Muslims not to enter. Mosques and mu’adhins have also been attacked. A notable example is Abdur-Rahman, who was assaulted by a gang of men in Uttar Pradesh after he refused to stop giving the call to prayer on a loudspeaker during the lockdown.[6]

India’s sizeable Muslim community has been a particular target for ultra-nationalist Hindu zealots following reports of an outbreak of COVID-19 during a Tablighi Jamaat gathering last month in New Delhi.

Rather than quell the unrest, members of the governing BJP party, headed by Narinder Modi, went on to television to describe the Jamaat Tablighi incident as “corona terrorism” and accused the wider Muslim community of a “conspiracy” to spread the deadly virus.[7]

The outbreak of the coronavirus together with Modi’s rule has provided a fresh opportunity for a new wave of Islamophobia to grip the Indian Muslim community. The country has seen a rise in ‘extremist’ attacks on Muslims, these incidents have led to Muslims in India living in fear under Modi’s second term.