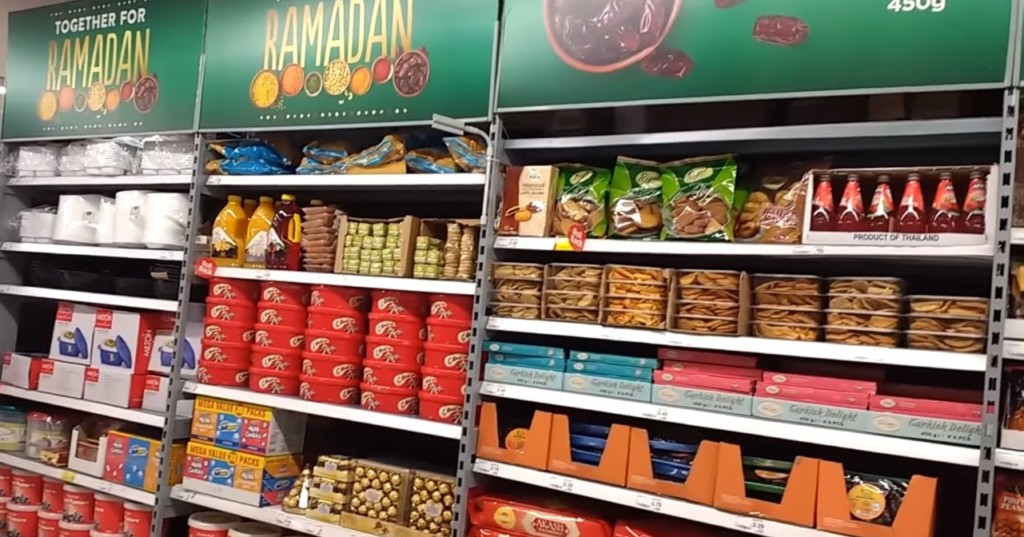 Muslims’ Burgeoning Power in the UK

British Muslims are a powerful force for good, a people in the UK who can make a real contribution and a difference to people’s lives both at home and overseas. David Cameron once mentioned our massive charitable contributions, when in his Ramaḍān message he said: [1]

“Charity – this is one of the things that Islām is all about. Here in Britain Muslims are our biggest donors; they give more to charity than any other faith group”.

Even though it is very out of character and even hypocritical for Cameron to have wished us well for Ramaḍān whilst his government were cracking down, and continue to do so, on our freedoms everywhere else in our lives, [2] nevertheless we should feel very proud of our generosity especially in the acknowledgement that we give more in charity than other faith groups. Since Muslims are only 5% of the total population this is a huge achievement. Cameron probably got his information from an ICM poll taken in 2013, which revealed that Muslims gave more in charity per head than individuals of other faiths. [3]

The second atypical commendation of British Muslims that occurs every year, however, is somewhat bittersweet. There were studies reported in normally viciously anti-Muslim papers like The Times and Daily Mail about the economic impact of Ramaḍān in the UK; [4] [5]

There is much to reflect upon from these headlines. Ramaḍān is a time for fasting and for the Qur’ān, a spiritual time of reflection and it is rather concerning that sales of food items should increase so much during the fast. Even if we take into consideration that people may be buying in bulk to save heavy shopping during Ramaḍān, in reality, the articles speak about how Ramaḍān is now the third most important retail event in the calendar after Christmas and Easter.

They say that “Muslims will break their fast at sundown with lavish meals after fasting from dawn”. Is this really what we do? For one thing, as a female, I have to ask if is it fair that a woman should spend the blessed days of Ramaḍān making “lavish meals”? Even though, of course, there is great reward in it for a woman to be engaged in cooking food for her family, would it not be better for us to have simple meals and for women as well as men to take the opportunity to read more Qur’ān or attend Tafsīr circles that are available during Ramaḍān? Additionally, most of us could benefit from losing some weight during the fasting month; obesity, high blood pressure and diabetes are a huge problem in our community so we all need to resist the temptation to binge at Iftār and particularly to leave the fried snacks, with large helpings of meat and rice.

The biggest message we should learn from these studies is that we, as a community, must beware of becoming a mere commodity to be targeted by slick advertising campaigns designed to encourage us to part with our money on products marketed specifically to Ramaḍān shoppers. If our spending in supermarkets alone is worth £100 million then imagine when you factor in the amount spent in small ḥalāl shops, bazaars and markets. This is quite a revelation and one that should encourage us to feel confident in our identity both as charity givers and as important contributors to the economy.

Since my childhood, many events in the Western calendar have become commercialised beyond all recognition, common sense and good taste.  For example, Halloween, an originally pagan festival, [6] and now adopted by virtually all Western nations supposedly as a bit of harmless fun and which hardly anyone bothered about when I was a child, now warrants a whole aisle full of products from the end of September to the end of October in the supermarket. The pressure will be on parents to provide entertainment and food for Halloween parties and the financial outlay will be a burden on many parents who cannot afford to participate but feel they would otherwise let down their children. Christmas is another celebration which has become so commercialised and expensive that families spend months afterwards paying off credit card bills and loans.

Thankfully we have the guidance of Allāh (subḥānahu wa taʿālā) through the Qur’ān and Sunnah to prevent us from partaking in pagan rituals, not even to please our children and also we have Islamic guidance to prevent us from getting into debt and paying interest buying things we cannot afford on credit cards. See how much Mercy Allāh (subḥānahu wa taʿālā) has for His Creation when He saves us from all of this? However much pressure there is in the supermarkets to treat our children to Halloween or Christmas goods we know that we are Muslims and proud to be so and therefore we will continue resisting. This despite all efforts by Metropolitan police Commander Mak Chisty to lead the public into believing that the absence of a Christmas tree and the choice not to celebrate Christmas in Muslim households might be a sign of radicalisation, [7] we will strive to resist the temptation of commercialised, overpriced and unnecessary rituals.

I would like to say just briefly that it is also of some concern that so many Muslims are shopping at those main large supermarkets that are known for highly unethical trading practices. Our local Muslim owned shops sell most things much cheaper than the large supermarket chains so why not put the money into fellow Muslims’ pockets? I seek out Muslim businesses that do not sell alcohol and if I find any shops selling dates stolen from Palestinian farmers, [8] for instance, I advise them most strongly not to do so. We should be supporting small business people who have a sense of ethics and integrity and not huge multinational corporations.

If we really must shop at large supermarkets then we should realise the power that we have by the amount we spend collectively and use that to influence which products we want them to provide for us and which we find unethical for them to sell. Definitely all of the major supermarkets – apart from The Co-op, [9] sell stolen dates from illegal Israeli settlements, [10] and with our £100 million spending power, we should be voicing our strongest objections to that in the form of letters to the management or phone calls and petitions where appropriate. What our community needs is people to take on leadership in this area, and facilitate organisational capacity and cohesion. If we had these leaders instructing our Imāms to educate congregations in a wider array of subjects from the minbar we could be active in trying to make a difference on the many issues that affect our community both here and in the wider Ummah. This includes topics such as war and occupation and what we can do to help end them, to what is being taught to our children in schools and how we can have a say about that and even which products supermarkets carry.

One clear weakness both in Britain and in the Ummah that prevents us from doing this is our division and lack of unity, in fact creating division – “Divide et Impera” (Divide and Rule) – has always been a successful tactic. [11] Whilst reading about British colonial rule in North America I discovered how they used to kill the tribal hereditary leaders as a quick and efficient way of creating maximum chaos and weakness amongst groups of the native peoples, enslaving them and killing off their ability to organise any resistance to the domination of the colonisers. [12]

This strategy continues virtually unchanged today where influential voices of resistance to Western hegemony have been killed or imprisoned without trial if they are outside of the West. Inside the U.K. we have a clear policy to silence the voices of those people who have been influenced by labelling Orthodox non-violent preachers and leaders as somehow being a conduit to violent extremism no matter how discredited this may be. [13]

Promoting a so-called “progressive Islām” by giving dubious mouthpieces for the Islamophobia industry never-ending air time to promote their dishonest opinions is never going to make a difference, [14]  and perhaps the Government already recognises this so is working on a two-pronged approach to silence the Orthodox scholars or push them into self-censorship by intimidating them into omitting the parts of the Qur’ān and Sunnah that are deemed incompatible with some people’s ideological interpretations of “British values”, although they do not do the same with Orthodox Jews or Orthodox Christians who hold virtually the same values.

Instead of feeling cowed and beaten by the constant attacks on ourselves as a group we just need to get organised. We especially need to stand firm in the face of government attempts to dilute Islām so instead of distancing ourselves from topics that are difficult we need to make sure that our leaders are not intimidated from discussing parts of the Qur’ān and Sunnah that some in the West might find problematic, and our leaders must have—and know they have—our full support. Sadly, I have too often seen Muslims melting away like snow in the sun at the first sign of trouble but we have to learn to be confident and stand our ground if we are not going to lose our rights and have our Islām watered down to an unrecognisable degree.

Although recognition of the power of the “Muslim pound” is not new and the Muslim Council of Britain even produced a report into Muslim spending power back in 2013, [15] evidently aside from reporting on the potential revenue from Muslim spenders in reality very little has been achieved by way of educating Muslims as to how our spending power can be a means of influence.

Today more than ever we need to feel that as Muslims we are a potentially powerful group, we just need to come together in an organised way for our voice to be heard both commercially and politically. We need to stop feeling helpless or believing that we are victims and learn how to be a cohesive force working together for our best interests, setting the agenda, being proactive and not always having to react to bad situations that involve Muslims. To do that we desperately need leaders to come forward, even a small group in a mosque or community can start a campaign to start educating and organising congregations so that we can join together and maximise the benefits of the power that we now know we have but are not able to effectively use.