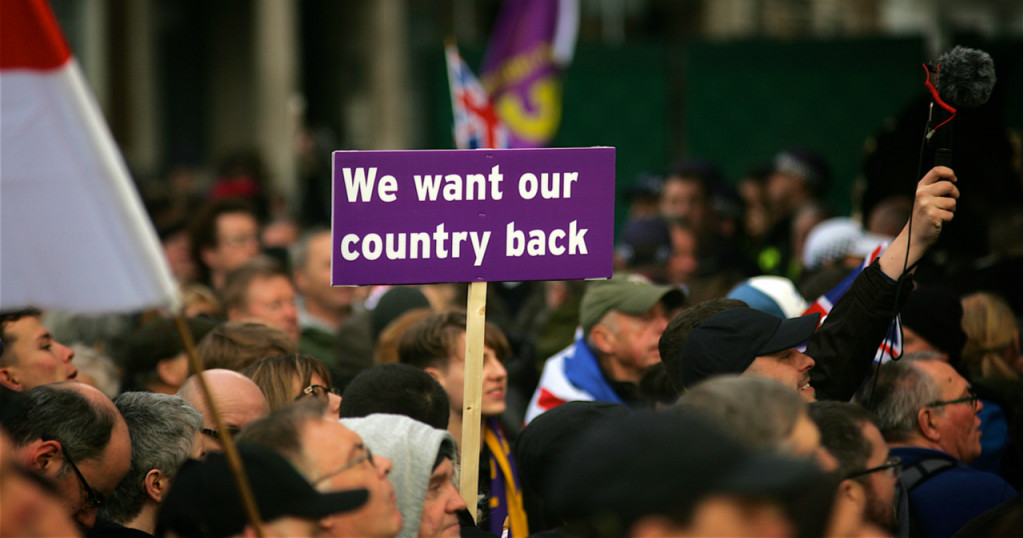 While the fallout continues from the alleged Islamophobia at the heart of the British government, a significant study led by the University of Birmingham – in conjunction with data analytics firm YouGov – has revealed that middle-class and upper class occupational groups are more likely to hold “prejudiced views of Islam”. The resulting 38-page report, which is co-authored by Dr. Stephen H. Jones and Dr. Amy Unsworth, is entitled The Dinner Table Prejudice, Islamophobia in Contemporary Britain. [1] [2]

The title is a reference to the phrase coined by the Baroness Warsi in 2011, when she suggested that Islamophobia had “passed the dinner-table test”. The report follows research undertaken between 20 and 21 July 2021, with one of its most worrying findings being that “Muslims are the UK’s second ‘least liked’ group, after Gypsy and Irish Travellers”. The Prime Minister and Conservative leader Boris Johnson is currently being pushed to dismiss the Government Chief Whip Mark Spencer after the Conservative MP Nusrat Ghani accused Spencer of suggesting her “Muslimness” was an “issue” when it came to her removal as Parliamentary Under-Secretary of State at the Department for Transport in February 2020. [1] [2] [3] [4]

Another of the appalling findings from the report is that “more than one in four people, and nearly half of Conservative and Leave voters, hold conspiratorial views about Sharia ‘no-go areas’”. Indeed, the report can reveal that based on its 1,667 respondents, “26.5% of the British public agree that ‘there are areas in Britain that operate under Sharia law where non-Muslims are not able to enter’”. [1]

The key finding is further elucidated as follows:

The report has found that support for the prohibition of all Muslim migration to the UK is “4-6% higher for Muslims than it is for other ethnic and religious groups”, standing at a figure of 18.1%. Furthermore, across the board, it is also noteworthy that migration is a general sore spot for a number of respondents, as “the figure for overall support for other groups is 14.7% for Pakistanis, 14.1% for black African/Caribbean people, 13.1% for Christians, 11.8% for Sikhs and 12% for Jews”. [1]

The University of Birmingham report follows numerous other studies on Islamophobia in Britain. In November 2020, a study published by the Labour Muslim Network (LMN) damningly revealed that one in four Muslim members of the Labour Party suffers from Islamophobia within the party, and close to half of its members believe that Labour is not to be trusted in regards to addressing the dilemma. Moreover, the LMN report also found that party members had been called names such as “foreigners” and “terrorists”. [5]

In May 2021, a similar report focusing on the Conservatives also found that Islamophobia is widespread within the party. At the time, the Singh Investigation concluded that “two-thirds of all incidents reported to the complaints database at Party headquarters (“CCHQ”) related to allegations of anti-Muslim discrimination”. [6] [7] Moving closer to the present day, in November 2021 the Independent disclosed that Prime Minister Boris Johnson had sat on a letter from Manchester Gorton MP Afzal Khan for over a year. The import of the letter was regarding Islamophobia, and Khan later criticised Johnson by stating that the lack of a response from the Prime Minister was akin to an “insult to British Muslims”. [8]

With respect to the report’s two authors, Dr. Stephen H. Jones is a lecturer of Theology and Religion at the University of Birmingham, with a particular specialisation in the study of Muslims and Islam in the UK. In addition, Dr. Amy Unsworth is a research fellow in the faculty of Science and Technology Studies at University College London. While the report’s findings are in and of themselves condemnatory and shocking, one must go further in tackling the issue of what Islamophobia means, and when the country might expect to implement a definition that is broad ranging and accepted by the majority. Indeed, Jones and Unsworth delve into one of the reasons as to why the concept of Islamophobia is so prevalent in society, i.e. the inability of society to accept the religion as being a ‘race’. Concurrently, others dispute that Islamophobia ought to be categorised as a form of religious prejudice. The report elaborates on this critical point in the following manner:

“One of the reasons Islamophobia seems to elude recognition is confusion about its status as either a religious prejudice or a phenomenon akin to racism. Definitions of Islamophobia published since the term was popularised in the 1990s have varied, with some emphasising religious stereotypes and others racial discrimination. But neither of these types of definition has been successful in fending off damaging objections. When Islamophobia is defined as racism, the definition is often brushed away with the claim that Islam is ‘not a race’. When it is defined in terms of religion, the same critics object that a religion is a body of ideas to which one may or may not subscribe, so should not be given the same protection as characteristics – like race or gender – which one cannot choose. The debate about Islamophobia has accordingly acquired a circular quality, with meaningful conversations on the subject struggling to get off the ground.” [1]

The report has sought to address the problem by positing that pockets of the British population understand Islamophobia as one thing, whilst another part of society has a different interpretation altogether. In arguing that there are two distinct yet overlapping forms of Islamophobia, the authors state:

“…we argue that there are two distinct, but overlapping, types of Islamophobia, one that corresponds to other forms of racism and another that is better understood as anti-religious prejudice. The first can be viewed as anti-Muslim, the other as anti-Islamic. We show that these two forms of prejudice emerge differently in British society. Like most forms of prejudice towards ethnic and racial groups, anti-Muslim prejudice is much more common among specific demographics, notably men, older people, those in manual occupations and Conservative and Brexit voters. The only thing that distinguishes this variety of Islamophobia from other forms is that it is – with the notable exception of Gypsy and Irish Travellers – much more common in Britain than other forms of prejudice. Anti-Islamic prejudice, on the other hand, is more evenly spread across political persuasions and more common among higher social grades. It is, to borrow Baroness Sayeeda Warsi’s memorable phrasing, the UK’s ‘dinner table’ prejudice.” [1]

Boris Johnson is currently facing one of his biggest tests as Prime Minister, with a plethora of ongoing scandals that are only growing in ferocity. Consider, for example, the widespread criticism from within his own cabinet, the wider Conservative party, as well as constituents around the UK. All of these groups accuse him of lying to the public regarding a number of parties that took place during COVID-19 lockdowns in recent years. Furthermore, there is the case regarding Johnson’s reported green light when it came to evacuating dogs from Afghanistan, whilst dozens of Afghans remained stranded at Kabul airport during the botched international evacuations of August 2021. Johnson himself said on Thursday that the claim that he authorised the evacuation of animals from Kabul was “total rhubarb”. At the same time, the Foreign Office minister Lord Goldsmith is facing demands to explain himself after telling peers in December that Johnson never authorised such an evacuation. It was revealed on Wednesday that Goldsmith’s office sent an email that said Johnson had approved the airlift of animals whilst the fate of numerous Afghans remained unclear. [9] [10] [11]

If Johnson and his colleagues in cabinet care more about the lives of dogs than humans, there is little hope for the Prime Minister to admit to lies and wrongdoings concerning Islamophobia, let alone the #partygate scandal.