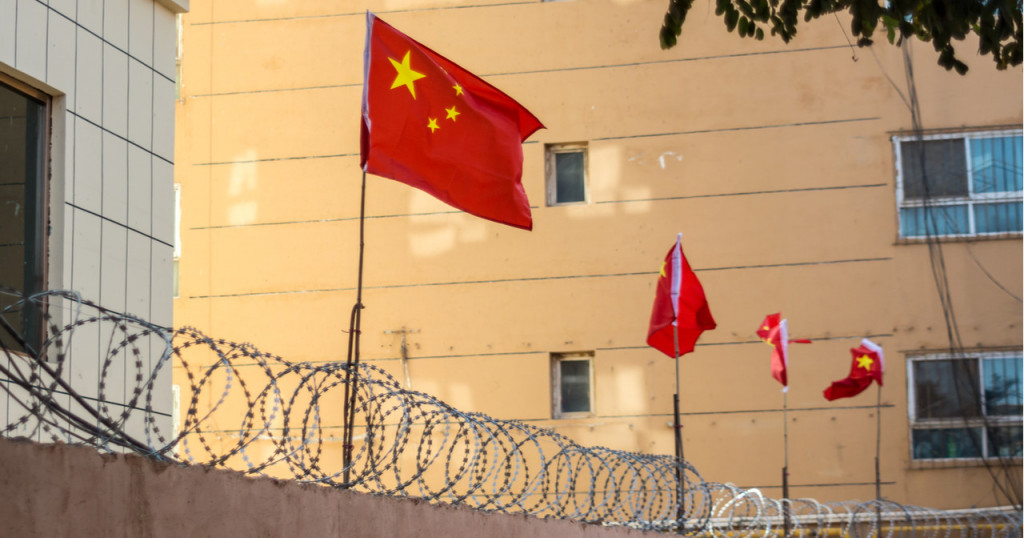 Vrije Universiteit (literally translated as Free University, and otherwise known as VU), one of the leading public research institutions in the Netherlands that regularly ranks within the world’s top 150 universities, has returned hundreds of thousands of euros in Chinese funding. The development comes after the Dutch broadcaster Nederlandse Omroep Stichting (NOS) initiated an investigation that incredibly revealed how vast amounts of Chinese funds had been directed towards human rights research at VU’s Cross Cultural Human Rights Center (CCHRC) between the years 2018 through 2020. Through the acceptance of the donations, the CCHRC has been faulted for its lack of impartiality, as a number of its views have aligned with the Chinese government, with praise lavished on the latter’s human rights policies. The news of Chinese money being put towards human rights research in the Netherlands is disturbing, particularly because of the ongoing genocide of the majority-Muslim Uyghur and other minority Turkic groups residing in Xinjiang province. [1] [2] [3]

“Committed professors associated with the center regularly champion China’s human rights policy. This is striking because the country has been under fire for years for human rights issues, for example in the Xinjiang region. The VU denies that academic independence is at stake, but experts who consulted the NOS question this and speak of an unusual financing construction.” [2]

The country’s education minister Robbert Dijkgraaf has expressed being “very shocked” upon learning of the discovery. Dijkgraaf added in remarks:

“Academic freedom, integrity and independence must be guaranteed and it is important that Dutch institutions remain alert to possible risks of undesired influence by other countries and take adequate measures.” [3]

The Guardian reported on Tuesday that the CCHRC website had been temporarily taken down. While the site is currently accessible, the only content available is a statement regarding the return of the money, which easily runs into an annual amount ranging from €250,000 to €300,000. [3] The CCHRC has attempted to establish distance between itself and the donations that originated at the Southwest University of Political Science and Law in Chongqing, and which went towards human rights research. This in turn led the CCHRC to often adopt views that were in alignment with Chinese government policies. The CCHRC said in its statement:

“The Cross-cultural Human Rights Centre is a platform that focuses on research and publications on the human rights situation of minorities across the world. Its academic output contributes to various concrete initiatives to improve human rights in the Netherlands, in the Arab world, in Africa and in Asia, including China.

“Human rights violations should be named and criticised. The Centre therefore strongly distances itself from all human rights violations as well as statements which gloss over, trivialise or deny repressive behaviour. In response to specific questions about the Centre’s perspective on the Uyghur people, the Centre explicitly endorses the conclusions of the United Nations regarding the systematic violation of the Uyghur human rights. In this vein, the Centre’s Director, in the presence of members of the Chinese State Council and the Politburo, called on 8 April 2021 to respect and protect the rights of Uyghurs and stop repressive anti-terrorism policies.” [4]

“The Centre believes in the universality of human rights. It is precisely for this reason that it is important to let the voices of different groups from around the world be heard. Human rights are pre-eminently the area where inclusiveness and diversity are important. The Centre has concluded that not all publications on the website of the CCHRC are compatible with this vision. This is reason enough to examine the website more closely. We also want to check whether a sufficiently clear distinction is made between statements made on behalf of the Centre and opinions and observations made in a personal capacity. For this reason, the Centre’s website has been temporarily taken offline.” [4]

The revelation of Chinese funds ending up in a Dutch university has drawn parallels with the October 2021 case of a vast number of German educational institutions being influenced by so-called Confucius Institutes, which are funded by China. The departments – of which there are believed to be at least two hundred in Europe, with a further 350 around the world – have long been accused of being an international extension of the Chinese Communist Party (CCP). In October last year, two promotional events were cancelled at the Confucius Institute at Leibniz University in the northern city of Hannover, and at the Confucius Institute at the University of Duisburg-Essen in Ruhr, North Rhine-Westphalia. Both events were expected to promote a book about Chinese leader Xi Jinping, but were cancelled at the last minute. Chinese diplomats had apparently put pressure on the universities to cancel the functions. [5]

The book in question is titled as Xi Jinping – The most powerful man in the world, and is written by Stefan Aust, who is a former editor-in-chief of Germany’s Der Spiegel magazine, as well as Adrian Geiges, a China correspondent for the weekly magazine Stern. When the Duisburg-Essen event was axed, the book’s publisher, Piper Verlag, said this had been “due to Chinese pressure”. [5] A statement released by the rector of the University of Duisburg-Essen expressed fury at the sudden cancellation; Ulrich Radtke said:

“Apparently under official pressure, the Confucius Institute Metropole Ruhr cancelled the presentation of a book on Xi Jinping. The UDE was neither involved in the planning nor in the cancellation of the book presentation at the affiliated institute…For us this decision is incomprehensible and it must not be repeated.” [5]

“In Germany there is academic freedom and freedom of expression. All who live and teach here should be aware of this. Therefore, cancelling the conference at the two Confucius Institutes is not acceptable.” [5]

The findings by NOS have sparked criticism against China for its attempts to sway the opinions of academic researchers through monetary means. VU is the fourth largest university in the Netherlands, and as such, its decision to return existing funds and put an end to any further donations is welcome news for Uyghur rights campaigners. With the Beijing Olympics having their opening ceremony in just a week, it is critical that continued pressure is applied on the Games, as well as on the Chinese government. This is because the CCP seeks to whitewash the Uyghur genocide through sport, as well as greenwash it through the help of electric automobile manufacturer Tesla. [6]