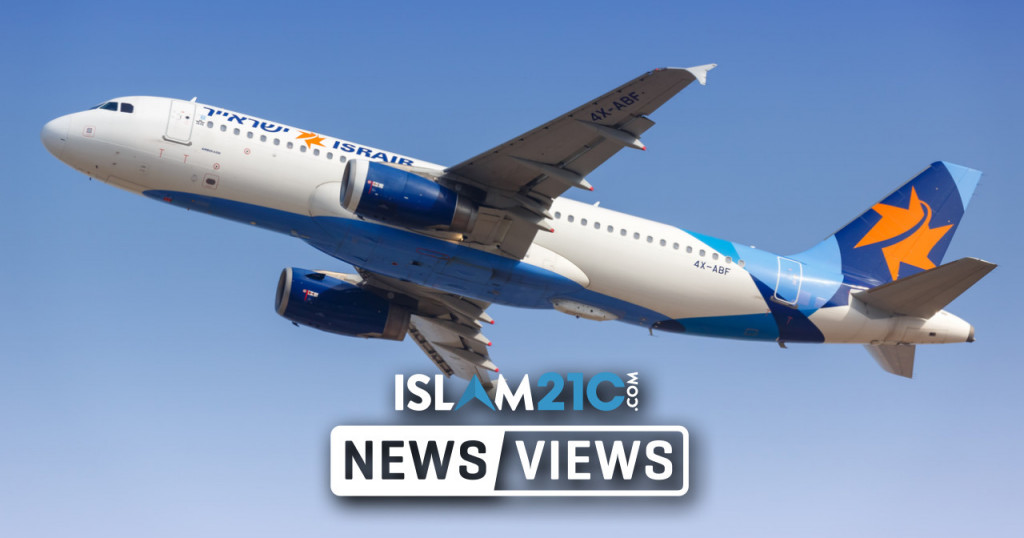 On Sunday, ‘Israel’ launched its first of many direct and non-stop flights to Morocco after the two states established diplomatic ties last year.

At 11:35 am, El Al left Tel Aviv for Marrakesh to become the first Israeli airliner to land in the north African country. In addition, an earlier flight by the local carrier known as Israir also departed from Tel Aviv at 8:15 am.

Israir captain Ishay Zacks expressed his views regarding the event by stating, “There is great excitement from everyone involved in this historic event.” The captain continued by stating: “We are busy studying the destination, administrative coordination, preparing the plane.” [1]

El Al, which is the state’s national carrier, will operate five flights a week to Morocco. A post on Twitter belonging to an Israeli traveller showed the El Al lounge in Tel Aviv decorated with a Moroccan flag, carpets, cushions, and other designs. [2]

Morocco’s Minister of Tourism Nadia Fettah Alaoui said that up to 200,000 Israeli tourists are expected to visit the country in the first year after the establishment of diplomatic ties. In addition, Israeli Minister of Tourism Yoel Razvozov said the opening of the air route would facilitate the deepening of relations between the two countries. On this matter Razvozov said:

“This route will help promote tourism, trade, and economic cooperation between the two countries.” [3]

Along with the UAE, Bahrain, Sudan, and Morocco are other Arab countries in the Muslim world which have established diplomatic ties with Israel. Despite the spotlight centring on Israel-UAE relations in recent months, Rabat and Tel Aviv have signed a number of lucrative agreements.

Last week, the two countries signed their first bilateral cooperation agreement on cybersecurity. According to Israeli Envoy to Morocco David Govrin, the agreement will have the countries cooperate in both the research and development of cyber warfare technologies. The deal will also likely include the exchange of information and intelligence between the two countries. Regarding this major agreement, Govrin said:

“Today in Rabat, Israel and Morocco signed the first agreement in the field of electronic “cyber” warfare. The agreement provides for the establishment of cooperation in research and development and operational areas in cyber. The agreement was signed with the participation of the head of the Israeli Cyber ​​Authority, Yigal Una, with his Moroccan counterpart, General Mustafa Al-Rubaie.” [4]

Despite Rabat’s warming relations with this racist, anti-Muslim, and apartheid state, the people of Morocco stand firm in their love and support for their brothers and sisters in Palestine. This was evident during Israel’s latest bloodletting in the territories of East Jerusalem, the West Bank, and more prominently the Gaza Strip in May of this year.

In the month of May, hundreds of thousands of Moroccans poured out into the streets of more than forty cities, towns, and villages to express their anger, rage, and grief against the occupation forces. Israel committed several crimes during the conflict, such as invading the al-Aqsa Mosque in occupied Jerusalem, evicting residents of the occupied Sheikh Jarrah neighbourhood, and indiscriminately bombing the besieged Gaza Strip. [5]

The demonstrations were also the largest popular referendum against the normalisation agreement between the two countries. They revealed that the agreement was signed by a political class that does not have the interests of the masses at heart. Instead, the Moroccan government gave up its support for Palestine in exchange for a weak recognition by then US President Donald Trump of Morocco’s sovereignty over the territory of Western Sahara.

This recognition, however, has done nothing to validate Morocco’s firm control over the region, nor has it made the international community accept Rabat’s hold over it. Six months after the deal was signed, Trump was unceremoniously removed from office. In the present, the Biden administration neither confirms nor denies Rabat’s claim, and any practical results from the deal seem to be nonexistent.

Indeed, Morocco has lost more than what it has gained by signing a deal with ‘Israel’. Its reputation as a defender of the Palestinian struggle has been dented. Furthermore, its silence in the face of recent Israeli war crimes against the Palestinian people is an embarrassment to its people, the Palestinians, and the wider Muslim world.