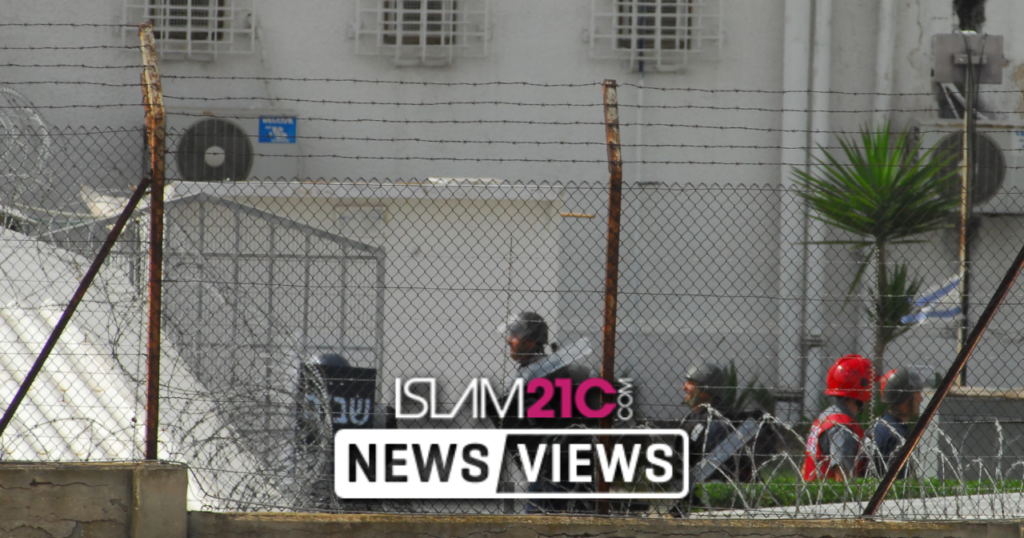 The announcement, made by Israel’s Public Security Minister Gilad Erdan, will be debated by cabinet ministers in the next several weeks and will take a year to be implemented.

Speaking at a press conference on Wednesday, Erdan said that “the party is over” and that “we do not fear threats or strikes”. [1]

According to Wafa, the Palestinian national news agency, the policy would also “stop money coming to the canteen from the Prisoners Commission that amounts to a little more than $100 for every prisoner, reduce the families’ contribution to the canteen money from about $300 to around $150, and deny the prisoners the right to prepare food inside the wards or cells and take away all electrical cooking appliances.” [2]

Erdan labelled the prisoners’ consumption of water as “crazy” and accused them of using water consumption as another way of subverting the Israeli state. Erdan said on Wednesday that the plan “also includes preventing members of the Knesset [Israel’s parliament] from visiting Palestinian detainees.” [3]

Erdan also introduced a new policy in which the prison system will bring to an end the separation of Hamas and Fatah prisoners with the Public Security Minister arguing that separating inmates based on ideological affiliations will only serve to strengthen the latter.

Qadura Fares, the head of the Palestinians’ Prisoners Club, said that the statements made by the minister were perceived as propaganda rather than actual policy and that other proposals for limitation on Palestinian prisoners have already been put forward. [4]

The Prisoners Commission denounced the recent moves arguing that Erdan’s plans are an attempt at making the lives of Palestinian captives more unbearable. [5]

Qadri Abubaker, the head of the Commission, has also called for national action against these new measures and that Palestinians should make a national stand.[6] Mustafa Barghouti, leader of the Palestinian National Initiative party, accused Israel of having a free hand in oppressing Palestinians in any way they want. [7]

He said: “The only way to force Israel to abstain from this behaviour is to impose sanctions on Israel” adding that “Israel is behaving as if it is above international law and this must change.”

According to the Prisoner Support and Human Rights Association, the number of Palestinians detained in Israeli jails has reached 5,500, of whom 230 are children and 54 are women.[8]

According to human rights groups, over 1,800 Palestinian captives are in need of medical care and 700 are suffering from serious illnesses. [9]