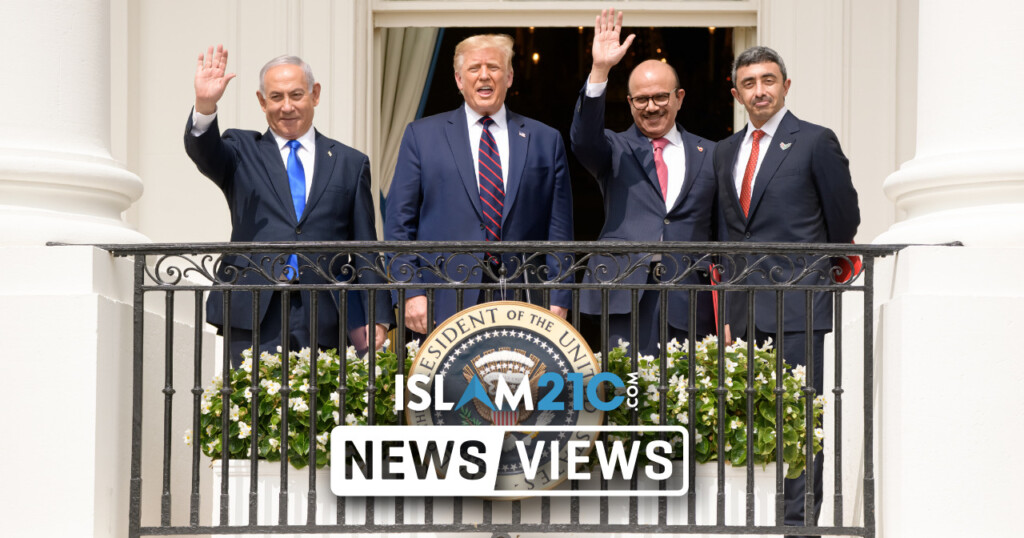 In a further warming of diplomatic relations between the United Arab Emirates (UAE) and ‘Israel’, the Zionist state announced yesterday that it had opened an embassy in Abu Dhabi.[1]

The opening of the embassy comes rapidly after the two countries signed a ‘normalisation’ agreement in August 2020, with the backing of the twice-impeached former US President Donald Trump. Only five months later, not only has ‘Israel’ established a diplomatic presence in the UAE, but the Emirati leadership has also approved reciprocating the gesture.[2]

Welcome to #UAE #Abudhabi @AmbassadorNaeh We wish you, your team and the entire @IsraelMFA luck and great success as you continue to make history.https://t.co/s0VKaZwkA0

Eitan Na’eh, the former Israeli ambassador to Turkey from 2016–2018 (until he was expelled in protest after dozens of Palestinian deaths at the hands of Israeli forces), has been selected as the temporary Head of Mission in the UAE until permanent offices are secured.[3]

In a statement released on the website of the Israeli Ministry of Foreign Affairs, a spokesman said:

“The Israeli embassy in Abu Dhabi officially opened today with the arrival of the Head of Mission, Mr. Eitan Na’eh. The Israeli embassy in the United Arab Emirates will promote the full range of relations between the two countries in all areas, and expand ties with the Emirati government, economic bodies and the private sector, academic institutions, the media, and more. The embassy will work to advance Israel’s interests and to serve its citizens.”[4]

“I wish Eitan Na’eh and the embassy staff success in their first steps in Abu Dhabi, which they are taking in the name of the State of Israel. The Ministry of Foreign Affairs continues to lead the implementation of the peace and normalization agreements in the Gulf and to advance Israel’s international status. The opening of the mission will enable the expansion of bilateral ties between Israel and the UAE, and the full and quick implementation of the potential inherent in our relations. I would like to thank the heir to the throne, His Highness Sheikh Mohammed bin Zayed, and my colleague and friend, Foreign Minister Sheikh Abdullah bin Zayed, for their leadership and hospitality towards our representatives”.

The UAE and ‘Israel’ have already set up direct flights between the two capital cities in recent months, and the Gulf nation joins a select number of recent Arab countries to provide “another stab in the back of the Ummah”, as fittingly described by the Libyan Minister of Education Mohamed Amari Zayed.[5]