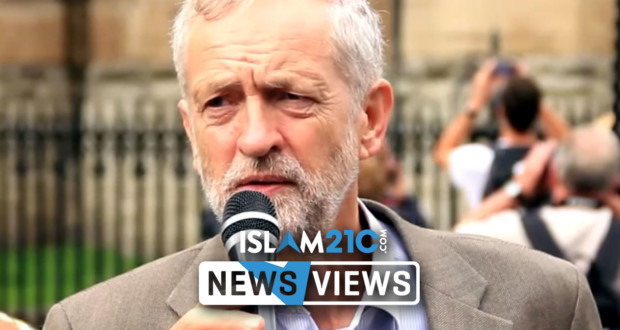 The leader of the opposition has labelled the home office’s decision to revoke her citizenship as a “very extreme manoeuvre” and has said that Begum should receive support from the authorities.

Jeremy Corbyn has said that Shamima Begum, the British teenager who joined Isis in 2015, should be allowed to return back to the UK and questioned the right of the home office in revoking her citizenship.

Corbyn argued that Begum as a British citizen has every right to return back home and that she should be questioned regarding her support for the proscribed group ISIS and given support by the authorities.

“She was born in Britain, she has that right to remain in Britain and obviously a lot of questions she has to answer but also some support that she needs,” [1] Corbyn said.

“She obviously has in my view a right to return to Britain. On that return she must face a lot of questions about everything she’s done. And at that point any action may or may not be taken,” [1] he added.

The leader of Britain’s main opposition party said that the decision taken by Sajid Javid, home secretary, in revoking her passport was a “very extreme manoeuvre”,[1] and that any British citizen born in the UK has a right to return.

“The idea of stripping anyone of their citizenship when they’re born in Britain is a very extreme manoeuvre.”

He further added that, ”Indeed I question the right of the home secretary to have these powers when the original law was brought in by Theresa May when she was home secretary.” [1]

Begum, now 19, fled to the al-Hawl refugee camp in the northern Syrian province of Idlib and gave birth to her third child on Sunday before giving an interview to Sky News where she asked the government and people of the UK to have sympathy for her and allow her to return.

“I was hoping that maybe for the sake of me and my child they let me come back. Because I can’t live in this camp forever. It’s not really possible,” [2] Begum said.

“They don’t have any evidence against me doing anything dangerous. When I went to Syria I was just a housewife, the entire four years I stayed at home, took care of my husband, took care of my kids. I never did anything. I never made propaganda, I never encouraged people to come to Syria” [2] she added.

Senior officials such as the former chief of the MI6 and the former prime minister of New Zealand have supported Begum’s plea to return, arguing that as a British citizen with a new born baby, she should be allowed to return on a humanitarian basis.

Begum said she was disappointed but not surprised at the home office’s decision and that she would seek citizenship in the Netherlands as she is currently married to a Dutch foreign fighter.

Analysis: Shamima Begum – all of a sudden not British

[1] https://www.itv.com/news/2019-02-21/jeremy-corbyn-tells-itv-news-the-home-office-decision-to-strip-shamima-begum-of-uk-citizenship-is-very-extreme-move/ [2] https://www.islam21c.com/news-views/shamima-begum-pleads-to-return-to-the-uk-after-birth-of-her-son/
2019-02-21
News Editor
Previous: Shamima Begum – all of a sudden not British
Next: Modi rolls out red carpet for Saudi prince MBS