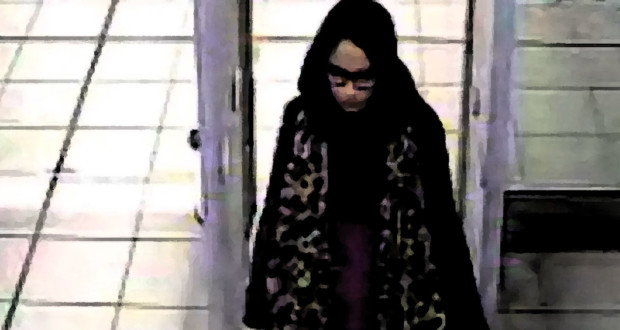 Shamima Begum – all of a sudden not British

A quick flick through the first news articles that come up on Shamima Begum read as follows:

“Shamima Begum should expect no sympathy from Britain” —Telegraph.[2]

“Shamima Begum baby should be given to a new family” —Mirror.[3]

“If you run away to join Isis like Shamima Begum, I will use all my power to stop you coming back” —Sajid Javid, The Times.[5]

These are indeed some of the more striking headlines. Most others are in the same vein, with the click-bait culture of online news driving headlines that are shocking to say the least.

The negative reaction that has been engineered towards a girl still below the age of 20 come as no surprise. After all, ISIS are the beast that the western knight has striven to slay. These women who “allied” with them are nothing more than fodder. Traitors to the noble cause. Un-British and the problem of the ‘other’ that is better amputated than addressed. Since writing this article, Shamima made the headlines again for a week running; she has been purportedly stripped of her citizenship.[6]

I wonder, if Shamima’s name had been Carol or Gemma and she had joined a drugs cartel, or was lured into underage sexual activity, before the ‘age of consent’ by a Rotherham grooming gang, would we have the same responses? Would the Home Secretary declare that he would do everything in his power to stop her coming back? Or would the narrative be more about the damsel in distress, blissfully ignorant and in need of rescuing? The plight of sex workers that fall into the hands of exploitative traffickers, either through drugs or promises of better lives or even so called “love”, are indeed treated very differently.

The UK government and right-wing press are forever castigating Muslims for not integrating better; very rarely is this justified criticism. We are told that we should be British first and Muslims second. Well, it seems in the case of Shamima, she is being judged as Muslim first and British second. It is almost as if her Britishness is dependent on good behaviour. Having brown skin and a Muslim name likely automatically disqualifies you from being a default Briton. It is almost like we are being told that you are here on the sufferance of nice white (“real”) British people, provided you conform to what we tell you.

As for Sajid Javid, one of a band of prominent MPs with Muslim names, rather than use his social background to attempt to understand the motivations or social vulnerabilities that misguided Shamima, he has instead decided that this is a prime opportunity to demonstrate his innate Britishness (read: whiteness) by behaving whiter than the white community. This is very much like the bully with deep insecurities being the first to pounce on other people’s insecurities. Would the white supremacists he appears to be pandering to stomach anything less of a Home Secretary called ‘Sajid’?

Ironically prominent white people—outside of the right-wing mainstream media sphere—appear to have a far more nuanced and logical approach than many brown faces falling over each other to see who can condemn Begum more viciously, apparently not realising that they are ossifying their own second-class citizen status by supporting the removal of citizenship from Begum on account of her parents being Bangladeshi.

Contrast the vitriolic presumption of guilt Begum has been treated to, with the reaction of the right-wing media to Macer Gifford, a foreign fighter who openly boasts of his militancy. On morning broadcasts, he sells himself as “a city worker who quit his job to fight against ISIS”, branding Shamima “an incredibly dangerous young woman”[7], adding that “…it takes a lot to leave your home, to leave your family, to swear allegiance to a foreign terrorist organisation and travel all that way.”[8]

He is one among other white men and women dubbed ‘heroes’ by the BBC,[9] who scrupulously avoid telling us about the YPG they fought with, apart from them fighting ISIS. They tell us nothing about it being the Syrian branch of the PKK,[10] as repeatedly confirmed by White House officials, which is a proscribed terrorist organisation according to the US, the UK and the European Union. Nor does the average reader hear anything about it and the YPJ—its female branch that they also boast of supporting—forcibly recruiting school children from households in regions it invades—I mean “liberates”—according to Human Rights Watch, who quote a father of one 14-year-old girl saying:

“My daughter went to school and was taken from there by a group of YPJ…We knew nothing about her until a YPJ commander called and informed us that she had joined YPJ.”[11]

But knowing how to yield a gun or a bomb, often directed at our Turkish NATO allies in northern Syria (dehumanised as expected, calling them “sewage rats” that they proudly claim to “send to hell” every day, in their propaganda videos on social media[12]) is of no danger or threat. Endangering our allies doesn’t signal an intent and willingness to endanger us at all—especially if they are the age-old enemy of white Christendom: the Turk. Those who fought with the YPG need not be questioned about their rights to their citizenship. They were born with the right degree of melanin, they are heroes. Be ensnared to another terrorist organisation, have a Muslim name or attire and you answer to a whole new set of standards.

Of course, fighting for the “right” terrorists such as the YPG and PKK is no problem for the right-wing establishment. Not only is Gifford given a hero’s welcome home and talked about in glowing terms,[13] but he is also given a platform to offer his unsanitary opinion on those like Shamima Begum, who likely never picked up a gun. Gifford was a full-grown adult with a high level of education and good prospects when he went to become a fighter for the Syrian chapter of a proscribed terrorist organisation, fully capable of researching who they were and what the consequences could be (had he had the misfortune of being judged like the Muslims that fought against ISIS perhaps). Begum was 15 when she left home to essentially become a housewife who supported a rival proscribed terrorist organisation.

Some logic in the face of the mob

Whilst the mobs comprising the ignorant and foolish are baying for blood, it might be unwise to inject some nuance that may be translated as painting a bulls-eye on my own head. So here is a right-wing white man doing it:

The presumption of innocence until proved guilty must apply to her as it does to anyone else” @Jacob_Rees_Mogg tells @afneil about Shamima Begum who left the UK to join the Islamic State, but wants to return#politicslive https://t.co/vykeMwoT3l pic.twitter.com/vvHMisLP68

“I think the law should take its course. […] If she has committed offences, those should be looked at and she should be prosecuted. If she hasn’t then she shouldn’t be prosecuted. Though, one has to think that a 15-year-old…there may be an extent to which she is more sinned against than sinning when she went out there, and I would be reluctant to be too harsh a judge in this instance.” —Jacob Rees-Mogg.[14]

Ironically, some of the empirically-determined reasons for young people joining ISIS (a feeling of not belonging here, alienation, disenfranchisement, and so on) are likely to be accelerated by Sajid Javid’s attempt to remove Begum of her citizenship. The attempt from a government minister to openly and frankly lay down a stark lower-class status of citizenship for those whose parents are from a different country is an open advertisement that those young people are not truly accepted in Britain—which was verbatim the rallying call of those propagandists trying to lure them into a so-called “Islamic” state that would accept them. Citing how ugly and evil the actions of ISIS were in trying to dehumanise people like Begum completely miss the mark, especially since she would have obviously been committed to a cynical—bordering conspiratorial—view of ISIS’ portrayal by western media in the first place.

Some have also pointed out that the attempted rebranding of the toxic anti-extremism PREVENT strategy to spin it as “safeguarding” has largely been dispelled, seeing as the minister effectively in charge of it would rather render this groomed teenager practically stateless in a Syrian refugee camp.

Failing as a society

Perhaps this embarrassing chapter is more indicative of the state of the political landscape right now that anything that can distract from the Brexit fiasco is jumped on immediately; even if that means crucifying a singular groomed teenager, before turning her into the Evil Face of the East. Maybe this is also evidence of a how the failings of a society have led British youth to abandon it in search of a sense of belonging and identity. There is no doubt that those such as Shamima have keenly felt the onslaught of an Islamophobic media, where one is hesitant to switch on the news lest we are bombarded with attacks against our very identity. If young girls such as Shamima were made to feel ostracised pre-15, by a society beset with Islamophobia, this humiliating reception is but a validation of their troubled past.

Shamima is by no means the first or the last young person to make a stupid decision at a vulnerable age. She just happens to be the most disposable scapegoat for an ever more sheeple society, theatrical broadcasts and a bungling, dithering government.

AbdulRahman El-Nounu is a Mechanical Engineer by profession having completed a MEng and is currently pursuing his doctorate (EngD) as a Manufacturing Research Engineer. He is actively involved in arranging Islamic structured courses with international Dawah institutes and delivers basic study circles in his locality while attending regular Tafseer classes. AbdulRahman’s research and political activism focuses on international affairs and he is an author to Islam21c on current Middle-Eastern issues.