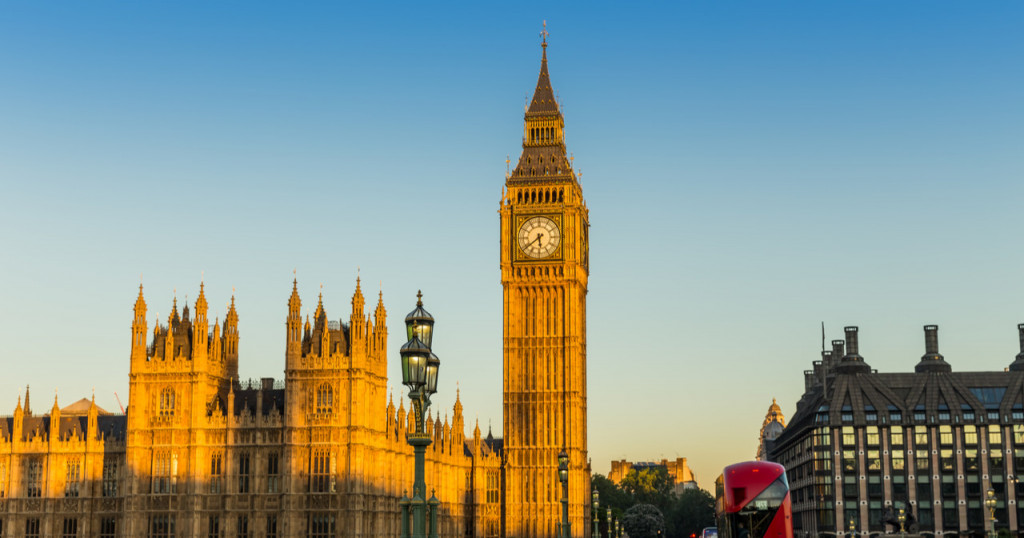 The British domestic security and counterintelligence agency MI5 made explosive allegations on Thursday that an undercover mole working for the Chinese government has infiltrated the Houses of Parliament. Officially referred to as the Security Service, the spy agency has warned parliamentarians of the woman in question. Christine Ching Kui Lee is alleged to be intimately affiliated with the Chinese Communist Party (CCP), and MI5 has released a rare alert, which includes her photograph. The Commons speaker Sir Lindsay Hoyle has told members of the House: “[Lee] has facilitated financial donations to serving and aspiring parliamentarians on behalf of foreign nationals based in Hong Kong and China.” The shocking allegations come just days after the Chinese government made audacious demands that its British counterpart protect its new £750 million embassy complex in London from potential human rights demonstrators. [1] [2]

In an unprecedented “interference alert” issued by the Security Service, CNN reported that it is alleged that Lee “acted covertly in coordination” with the United Front Work Department (UFWD), which is a part of the CCP. Moreover, Lee is “judged to be involved in political interference activities in the UK”. [3]

In addition, MI5 adds that Lee has been facilitating:

A spokesperson for the Chinese embassy in the United Kingdom denied the allegations made by the Security Service. In a late Thursday evening post on the embassy’s website, a statement read as follows:

“China always adheres to the principle of non-interference in other country’s internal affairs. We have no need and never seek to ‘buy influence’ in any foreign parliament. We firmly oppose the trick of smearing and intimidation against the Chinese community in the UK.” [4]

The Home Secretary Priti Patel has stated that Lee’s conduct has so far been under the threshold required to lay criminal charges. Describing the revelations by the counterintelligence agency, Patel said it was “deeply concerning” that an operative had been working at the behest of the CCP within Britain’s internal legislative systems. According to a British government official, it is understood that Christine Ching Kui Lee is the founder of a law practice, which has branches in both Birmingham and London. Reuters reported that attempts to speak to a representative at the Birmingham office resulted in a woman simply stating, “We are not taking any calls now”. The BBC has been told by Whitehall sources that the exceptional warning from MI5 came following a “significant, long-running” investigation by the intelligence agency. [1] [5]

As noted, Lee is believed to run a law firm called Christine Lee & Co Solicitors, and has previously been pictured rubbing shoulders with former Labour leader Jeremy Corbyn, former Prime Minister David Cameron, as well as Chinese leader Xi Jinping. The Labour MP and former minister Barry Gardiner has received hundreds of thousands of pounds from Lee, with much of this money going towards staff and research costs for Gardiner’s office. In an interview with Sky News, the former frontbencher denied feeling like “a fool” following the exposure of Lee’s deceitful facade. However, Gardiner stated that he was “very angry that somebody tried to use me in that way”. [6]

Such allegations of foreign state interference are indeed rare, but the practice is undoubtedly commonplace. It is apparent that when legal routes are taken, millions of pounds can be funnelled through nefarious yet seemingly harmless organisations in order to sway a particular politician or legislative motion. For a comparative example, the American Israel Public Affairs Committee (AIPAC) has had a stranglehold over US politics for years. In addition, the British cabinet minister Michael Gove has received funding in order to attend pro-‘Israel’ conferences in Washington, D.C. [7]

Indeed, in 2017, Gove’s US expenses were for the most part covered by AIPAC when he visited in his capacity as a lobbyist for the Henry Jackson Society, an anti-Islam thinktank. [7] Furthermore, the problem of lobbying within politics is far more rampant than what might seem apparent. In May 2021, an incredible investigation carried out by the journalism website Declassified UK found that a third of British cabinet ministers are funded by pro-‘Israel’ organisations. Furthermore, even the incumbent Prime Minister Boris Johnson was named and shamed in the analysis, as it was noted that he had gone on a trip to ‘Israel’ in 2004, which was paid for by the Israeli government and Conservative Friends of Israel (CFI), a Westminster-based pro-‘Israel’ lobby group. If that were not damning enough, Johnson took four years to declare the trip in the parliamentary register of interests. [8]

However, for the Chinese government to be accused of employing a secret agent in order to illegally manipulate and affect political decision-making is bound to be deeply humiliating. Xi Jinping – the General Secretary of the Chinese Communist Party and Chairman of the all-powerful Central Military Commission – has in recent years begun to take a more aggressive approach to foreign allegations of state meddling and state criticisms. Indeed, in the Chinese embassy’s statement as noted above, similar words and phrases have been employed time and again to silence anyone who speaks out against the authoritarian regime’s conduct, both within the country itself and on the world stage.

In February 2021, the Dutch parliament passed a motion where lawmakers ruled that the Chinese government was committing genocide against the oppressed Uyghur people of Xinjiang, which is better known as East Turkestan by the Turkic Muslim people who inhabit the region. In response, the Chinese Embassy in The Hague suggested that any intimation of genocide occurring in Xinjiang was an “outright lie”, and that the Dutch parliament had “deliberately smeared China and grossly interfered in China’s internal affairs”. [9]

The People’s Republic of China is currently in the midst of development work at its brand new London embassy complex located in the borough of Tower Hamlets. After acquiring legal rights to the site of the former Royal Mint in May 2018, the Chinese government has been seeking regulatory approval for an enormous complex that hopes to “provide an embassy headquarters, an Ambassador’s residence and staff accommodation across approximately 700,000 sq ft, making it one of the largest embassies in the world”. The existing Chinese embassy is situated at Portland Place, in the W1B postcode of London; it has been the home of the country’s diplomatic mission since 1877, when it was established as the Chinese Legation. [10] [11]

Over the years, the Portland Place location has witnessed a number of major protests, with the largest and most recent being the Stand4Uyghurs demonstrations of 1 July 2021 and 13 November 2021. During these protests, thousands demanded that the Chinese government halt its genocidal policies against the Uyghurs and other Turkic Muslim peoples of East Turkestan. The successive Stand4Uyghurs demonstrations, 20-year-long Falun Gong vigil, as well as regular pro-Uyghur protests at the Hampstead branch of the main Portland Place site by the likes of orthodox Jew and Golders Green resident Andrew have undoubtedly produced noteworthy cumulative effects. For instance, the Chinese government has recently begged for protection from human rights campaigners and other demonstrations. [12] [13] [14]

Andrew – who is referred to without his surname, as he wishes to maintain a degree of personal safety – has organised regular biweekly protests outside the Hampstead office of the Chinese embassy for over a year. Between 2019 and 2020, the businessman made consistent efforts to pitch up outside the Hampstead embassy office on Tuesdays and Wednesdays, often being alone while doing so. A number of Andrew’s family members were tragically gassed at Auschwitz. In a January 2020 interview, he told The Independent:

“Because of my personal history. I didn’t feel I could sit at home…Something on this scale, with millions of people, women, men, and children in concentration camps hasn’t happened before, except once…We said, the world said, never again.” [13]

While China continues to push ahead with its lavish plans for a 700,000 square feet embassy complex that likely seeks to incorporate the existing sprawling web of sites dotted around the capital, locals and councillors in the borough of Tower Hamlets are continuing efforts to rename roads directly surrounding the site. Fitting names such as Uyghur Court, Tiananmen Square, Tibet Hill, and Hong Kong Road were proposed last year, as councillors continue to fight for the symbolic name changes. [15]