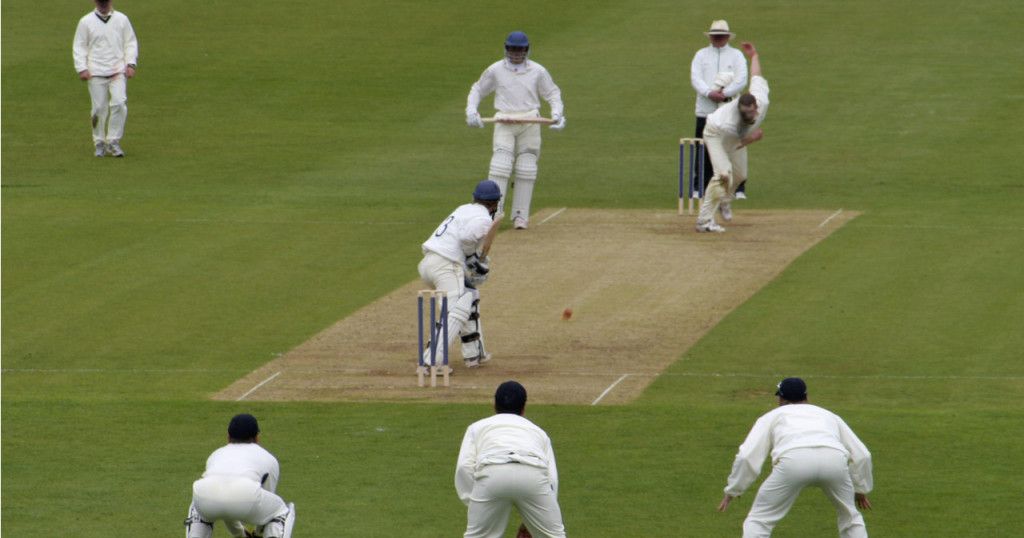 The non-profit organisation Nujum Sports has achieved another major feat after Middlesex County Cricket Club became the first cricketing team to sign up to the revolutionary and one of a kind Muslim Athlete Charter. Nujum Sports, which is a Muslim London-based organisation that strives to produce and nurture Muslim athletes in the UK, has only gone from success to success after its establishment in August 2020.

With the first-class county club Middlesex joining the charter on Sunday, the non-profit body now has an impressive springboard. Based on current trends, it will undoubtedly see further county clubs as well as, ultimately, national clubs signing the charter. [1]

In a press statement, 1864-founded Middlesex – one of eighteen first-class county clubs in England and Wales – described the welcome development as “the beginning of a journey”. The club also described the signing as a “proud” moment in which it will be able “to firmly demonstrate its commitment to equality and diversity for all”. [1]

The thorough statement elaborated as to the reason behind the signing of the charter as follows:

“With an increase of more Muslim players in the game as well as an increased number of Muslim fans enjoying the game from the side-lines, Middlesex Cricket has signed the Muslim Athlete Charter to help the Club learn, listen, and adopt best practice to help its players flourish and its fans feel valued, loved, and supported.

“The Charter is a positive move towards the Club building a greater understanding of the needs and requirements of its Muslim players and followers and is a firm commitment to supporting the wider work the Club is doing around diversity and inclusivity in its focussed desire to make Middlesex Cricket a Club that is welcoming to all. The Charter is an important step in Middlesex aiming towards achieving its goals and will enable the Club to grow and implement best practice across the Club and wider game.

“The signing of the Charter is the beginning of a journey to be fully accredited with the Nujum Sports Muslim Athletes Charter, which will help Middlesex strengthen its voice and zero tolerance policy towards any form of discrimination.” [1]

Nujum Sports is led by founder and CEO Ebadur Rahman, who is well versed in international relations, leadership, as well as networking. Since its inception in mid-2020, the non-profit organisation has already hit a number of milestones. Indeed, in preparation for the month of Ramadan in 1442/2021, the organisation collaborated with 72 professional football clubs to provide them a better understanding in “how they can support their players during the Muslim month of Ramadan”. Through the dispersion of gift boxes and information packs to over 200 Muslim players and their respective clubs, items such as honey, perfume, and dates were provided in what was arguably a successful pilot scheme. [2] Moreover, in October 2021 the Football Association of Wales (FAW) signed up to the Muslim charter, becoming the first countrywide governing body in the UK to do so. [3]

Fast-forward to 2022, where Nujum Sports is once again leading the way by working in collaboration with the FAW in hosting a virtual workshop. The program delves into why Muslims fast, why the month of Ramadan is of such significance, as well as tackling some of the stereotypes and misconceptions surrounding the month. The online workshop has been given the backing of the FAW’s Jason Webber, who presides as Equality, Diversity, and Integrity Manager. The event is scheduled to take place on February 23, with tickets available at this link.

Ramadan Awareness Workshop – Ahead of Ramadan, this workshop will provide advice on how best to support Players and Club Members during the month of Ramadan.

Regarding Middlesex’s signing of the Muslim Athlete Charter, Rahman remarked:

“Having signed the Pledge, Middlesex Cricket is joining a positive movement of solidarity, equality, and recognition of the contribution Muslims make in their respective clubs and teams.

“Nujum is here to support professional clubs and their players and contribute positively to their equality and diversity agenda. We are here to help them aspire to be even more inclusive and build on the passion and love we have for our respective clubs, players and fans.” [1]

“We are absolutely focussed on learning all that we can in our quest to make Middlesex a wholly inclusive Club. There is a lot of good work already happening, however there is much still to be done if we are to reach our goals, and the signing of this Charter is a significant step towards us getting there. This is not about us promoting cricket, this is about us showing that cricket is a game that is welcoming and can be enjoyed by everyone at all levels.

“Making this commitment will assist us greatly in ensuring that the steps we are taking have a positive and valuable impact on the lives of those in the game, and I couldn’t be prouder that Middlesex Cricket has followed many leading organisations in other sports in signing the Charter.” [1]

Shah further expressed his desire to continue working with Nujum Sports as well as Rahman by taking the next steps in the “journey” to becoming “representative and inclusive of all”.

“We are very much looking forward to working with Ebadur and those involved at the Charter to ensure that we continue to learn, continue to grow, and most importantly deliver on our promises to make Middlesex Cricket representative and inclusive of all the communities that sit within the many diverse boroughs across the county.

“By signing the Charter we have started our journey of working with Nujum Sports and look forward to working closely with them in our desire to become fully accredited in the future.” [1]

The signing of the Muslim Athlete Charter by Middlesex is a monumental feat. However, for Nujum Sports, this may yet be the tip of the iceberg, as fellow first-class club Warwickshire has announced today its signing of the charter as well. With the ongoing controversies engulfing Yorkshire County Cricket Club and its handling of alleged deep-seated racism and Islamophobia, particularly concerning the British-Pakistani player Azeem Rafiq, the bold steps by Warwickshire and Middlesex are bound to inspire other clubs in various leagues and sports to make the same move.