Biden Steals from Famine-Struck Afghanistan to Serve US Citizens 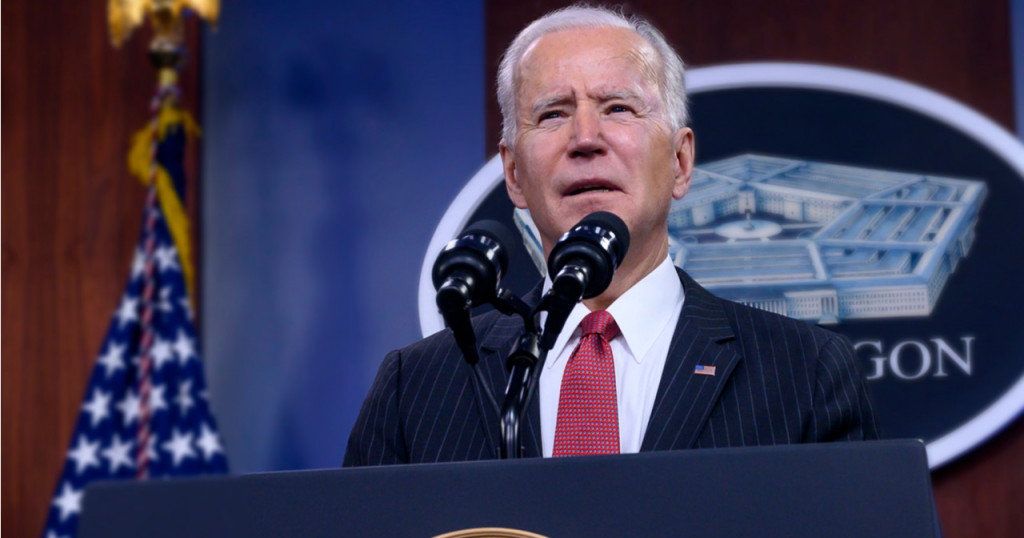 The President of the United States (POTUS) has made a move to confiscate half of the $7 billion worth of frozen Afghan reserves to help the families of the victims of 9/11. This dramatic decision has come months after the US decided to freeze over $9 billion of Afghanistan’s foreign exchange assets, resulting in dire famine; there are reportedly over one million children at risk of acute malnutrition and even death by starvation.[1] The administration’s move has been described as a “death sentence” for millions of innocent civilians by Max Fisher, a writer for the New York Times.[2]

It has been around six months since America’s 20 year war and occupation in Afghanistan ended with the defeat by the Taliban. After 20 years of a bloody war which has led to the killing of thousands, as well as the destruction of infrastructure, social welfare, and any hopes for socio-economic development, critics are outraged by this staggering decision announced by the POTUS.

Afghans are starving not because of insufficient aid, but because the US forcibly emptied govt coffers, triggering a currency crisis and shutting down govt salaries and services. This move is a death sentence for untold numbers of civilians, including many kids and unborn babies. https://t.co/FSKktIkOpp

This is Theft. Graft. Amid famine no less.

The Biden Administration is set to take $7 Billion from Afghanistan's Central Bank. Half of the funds will be used to pay the families of 9/11 victims.

Newsflash: Zero of the 9/11 terrorists were Afghan. This is absurd x evil. pic.twitter.com/HYPaH1Fdhx

I’m still fuming about this. @POTUS needs to reverse this decision, one of his worst so far as president, or many of the coming deaths in Afghanistan will be on his hands. No point ending a war there if you carry on helping to cause mass death there even after you’ve left. https://t.co/gOJKXMmTRA

This is not just “frozen assets,” it is the entire reserve of the Afghan central bank. This act will destroy whatever remained of the formal Afghan economy. It will make Afghanistan entirely reliant on small rations of foreign aid. https://t.co/GDNsb3qGOL

A shared sentiment currently in public discourse is that of the 39 million people living in Afghanistan, not one was involved in the 9/11 incident. Yet this move bizarrely implies that Afghans have to pay a price for a crime they did not commit. This decision, if implemented, will cause further turmoil and destruction to an already collapsed economy.

The idea that half of the assets will be allowed to enter through humanitarian aid implies that a sovereign country should be dependent on foreign assistance. Working out the details of this transfer is expected to take “several months”[3], thus prolonging efforts to develop the country and financially provide for millions of workers, healthcare, education, and other institutions.

Taliban spokesman Dr Mohammad Naeem said: “The theft and seizure of money held/frozen by the United States of the Afghan people represents the lowest level of human and moral decay of a country and a nation.”

The Central Bank of Afghanistan, known as the DA bank, released a press statement attesting that as owners of the reserves, the law and regulations state these assets of Afghanistan are “used to implement monetary policy, facilitate international trade and stabilize the financial sector”.[4] The statement concludes by calling the decision an “injustice to the people of Afghanistan”, and calls for the “reversal of the decision and release of all foreign exchange reserves in Afghanistan”.

The US does not recognise the Taliban as a legitimate government, and has made its stance evident through unilateral sanctions against the government. Biden’s government has implemented measures which make it a crime for anyone in the US to make a deal with them.[5]

These sanctions led to severe global pressure against fellow states and institutions; for instance, it was just in October when the World Bank cut off almost $600 million in funding, which was supposed to be used to fund the country’s basic health care and education services. They also stated:

“A substantial share of the population is expected to move below the poverty line reflecting negative impacts through employment and price channels. Ten million Afghans are vulnerable to falling into poverty, living with incomes between one and 1.5 times the poverty line (US$0.94 per person per day). The food security situation will also deteriorate, with potential long-term negative impacts given Afghanistan’s young population.”[6]

But if Biden has decided to unfreeze some assets for humanitarian aid, why all the outrage? The answer lies in the fact that the wealth will not be transferred anytime soon. For instance, a senior US official suggested that it “will take months to unfreeze funds for aid to Afghanistan because of the continuing lawsuits, stressing that the money – regardless of the amount – would not be able to address Afghanistan’s immediate humanitarian crisis”.[7] So the administration is essentially not only stealing funds which by law are for the people of Afghanistan, but they are also sugar-coating their acts of misconduct with a decisively destructive solution.

The administration’s moves continually play out to be a revenge plot against the Taliban. But at the same time, almost 40 million people face a collective punishment for what some analysts describe as “failing to support US imperialism’s attempt to impose colonial-style rule”.[8]

Where does the UK stand? While much of the international community is sceptical to start relations with the new government of Afghanistan, some British diplomats including ex-soldier and former politician Rory Stewart have argued that “there is no evidence of the Taliban stealing aid money, the real reason the West is not providing aid is because they feel humiliated, bitter and defeated”.[9]

The situation in Afghanistan still remains uncertain. In the midst of Western saviour narratives and misleading solutions, we as a community must find clarity. There are 39 million members of our Ummah facing the brunt of a 40 year colonial war (yes, 40…before the US, Russia also took a shot at an imperialist takeover!); the time to be ‘silent’ or ‘on the fence’ with regard to the oppression they have faced at the hands of occupiers is inexcusable.

Through our duʿā’s and actions we need to show solidarity, keep raising awareness, and continue researching and speaking about Afghanistan. Let them know that from thousands of miles away their brothers and sisters are advocating and praying for their success.