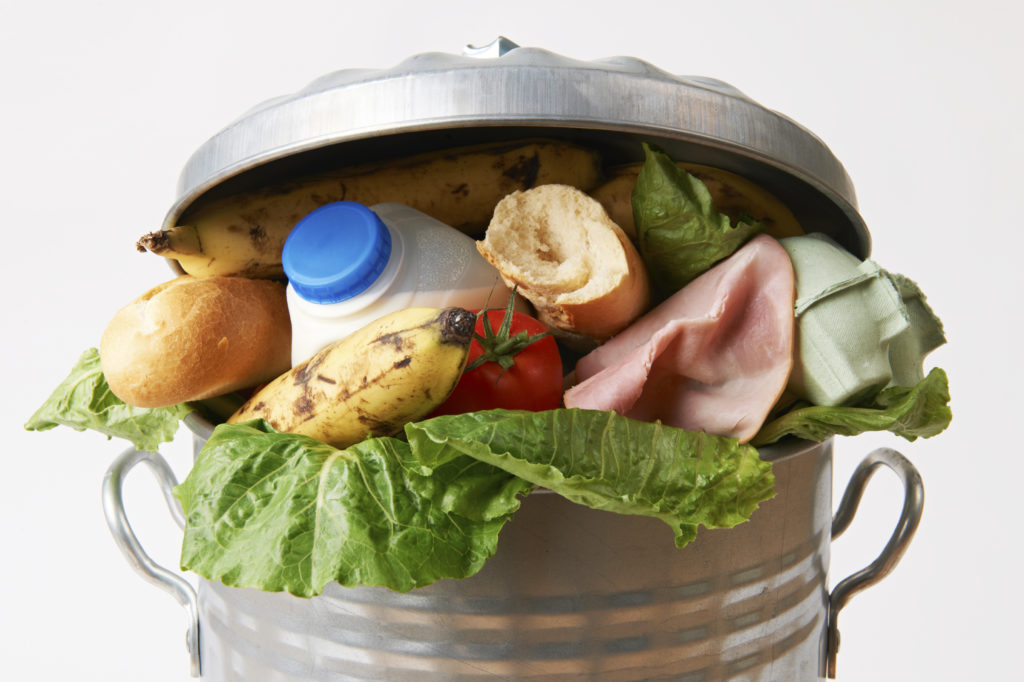 In a time where food poverty in the UK is at a record high, a report published by the Environment, Food and Rural Affairs Committee has highlighted a shocking level of food wastage across the country.[2]

MPs have said that the level of household waste in England is “unacceptable”, and households have a key role to play in reducing it, estimating that two thirds of the potential reduction in food wastage could occur at the household level.

The report states that 7.3million tonnes of food was wasted in UK households alone in 2015, corresponding to £13billion worth of edible food. Waste reduction charity WRAP told the committee that the average household lost £470 per year because of avoidable food waste, whilst those with children wasting £700, with the average person in the UK losing £200 a year.

Not only is there a direct economic cost, but the environmental cost of such levels of wastage are also worrying. Energy and resources are being wasted in producing, packaging, transporting and storing food in the first place, only for it to be wasted and end up in landfills that produce climate-changing methane.

Perhaps one of the most shocking revelations the report made was the extent to which supermarkets reject fruits and vegetables on purely cosmetic grounds, what it calls “wonky vegetables”.

They estimated that up to 25% of apples, 20% of onions and 13% of potatoes are rejected on cosmetic grounds. The committee was told that making small changes to specifications such as a 2mm change to potato specifications could reduce waste by an estimated 15%!

The report recommended a variety of measures to combat the problem of wastage, including incorporating lessons into the national curriculum about food waste and setting a national food waste target for England, as well as funding charities to raise more awareness about this problem in the public domain.

Food businesses also came under the spotlight with suggestions for supermarkets to publish data on the amount of food wasted, with some being forced to separate waste food for collection. Retailers are also told to improve their packaging to help food last longer, as well as a suggested change to the way various “expiration” dates are displayed. Many people appear to confuse “Best before” dates with “Use by” dates, since foods are often perfectly safe to consume after their “Best before” dates, referring to the quality of the food rather than it “going bad” as is the case for “Use by” dates.

Retailers are also told to increase the amount of surplus edible food to charity. It is an indictment on our society that whilst millions of tonnes of edible food is being wasted per year, food poverty is at a record high, with record numbers visiting food banks and record numbers of food parcels being given out.

One of the simple yet solvable problems the report highlighted was that charities involved in collecting and distributing surplus food from retailers do not have the resources and manpower (mostly relying on volunteers) to collect food from retailers late at night. Had our brightest minds been concerned with solving such problems instead of the host of scapegoats and distractions many are preoccupied with then we would certainly see many more innovative solutions for such problems.

For example, the “Dabbawallahs” in Mumbai’s famous lunch delivery industry came up with this fantastic solution that has bridged the crucial (and deadly) gap between surplus and poverty:

At a time where even the prime minister Theresa May,[3] appears to refuse to remedy the record numbers of people in food poverty – including nurses having to use food banks due to 14% pay cuts thanks to ideological austerity – it is more important than ever for society to hold those responsible to account and develop our own solutions to the problems people suffer.

Muslims in particular should need no reminder of the importance of sharing resources including food to those in need, with the feeding of the needy stressed early on in the verses of the Qur’an revealed in Makkah, whilst there were only a handful of Muslims.

“Have you seen the one who denies the Recompense? For that is the one who drives away the orphan, and does not encourage the feeding of the poor…”[4]

“Have We not made for him two eyes? And a tongue and two lips? And have shown him the two ways? But he has not broken through the difficult pass. And what can make you know what is [breaking through] the difficult pass? It is the freeing of a slave. Or feeding on a day of severe hunger…”[5]

Moreover, the first thing the Prophet (sallAllahu ‘alayhi wasallam) said upon entering Madina as its de facto leader, was as reported by the then Jewish leader Abdullah b. Salam (radiy Allahu ‘anhu):

“O People! Spread [greetings of] peace, feed the needy food, keep good relations with your kin, pray at night whilst people are asleep, and you shall enter Paradise in Salam [peace, security, ease].”[6]

And as Anas b. Malik (radiyAllahu ‘anhu) narrated,

The prophet ordered us not to leave anything in the plate and he said: “You do not know in which portion of your food Allah has put the Barakah (Blessing).”[7]

Although it is heartening to see mosques and Muslim organisations lead the way in many local areas, there is a long way to go before the existence of Islam and Muslims is fully enjoyed throughout the country, particularly by those in need – no matter how much those who profit from the status quo may hate it.

As we prepare for and enter Ramadan (God willing), let us take extra care with regards to both wastage and serving those in need.